A PET owner stunned passers-by after she was filmed walking her enormous beast down the street, with some comparing it to the mythical Dire wolf from Game of Thrones.

The huge creature reached up to its owner’s waist as it ambled along in front of her on its leash.

After footage of the gargantuan hound was shared online, a number of commenters expressed their disbelief that it could be a domesticated dog.

Many believed it was a wolf being taken for a walk along the road.

Footage of the creature going for a walk in the US was shared on video-blog site Worldstar, where it quickly racked up more than 100,000 views.

In the clip, a mother and daughter can be heard arguing about exactly what kind of animal the pet is. 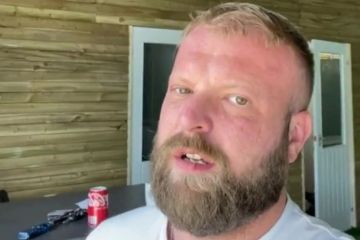 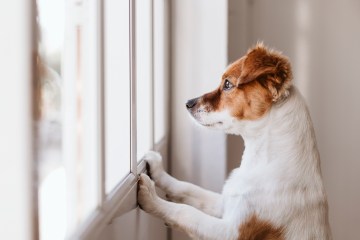 “That’s big!” the kid says before her mother asks: “Is that a wolf or a dog?”

Her child replies: “That’s a dog, mom! I saw it come through!”

The video sparked a fierce debate online over what the creature was.

Several commentators said that the beast resembled an Irish Wolfhound due to its shaggy grey hair and mammoth size.

“She’s got Jon Snow’s Dire wolf out there,” one commentator said, referring to the creature raised by the Game of Thrones character.

Others joked that the pet was a hyena or a werewolf, while more sensible users suggested it was a mixed breed.

“That’s the type of dog Vikings had on the ship,” one wrote.

One more outlandish theory was that it was a “mutant that escaped from a lab at The Pentagon”.

Although the dog seemed calm enough, most commenters agreed that the pet owner would be left well alone with the beast by her side.

“Whatever it is, it’s serving its purpose and you’re not going to walk up on her,” one declared.

She’s got Jon Snow’s Dire wolf out there

Another wrote: “That’s a half Wolf, half German Shepherd. I own one myself.”

And he added that the dog could grow even larger.

“That’s not even the biggest they get,” he added. “I’m 6’6” and it can get its paws up to my shoulders on its hind legs.

“But they are so sweet, wouldn’t hurt anyone.”

Irish wolfhounds often have shorter than average lifespans compared to other dog breeds, between six and 10 years, due to their height and weight.

They were originally used in war to drag men off horses and chariots.

Today, they are on average the tallest dog breed in the world.

Initially bred to chase game at high speeds, they were also originally trained as hunters to protect humans from wolves.

Despite their intimidating presence, both Irish Wolfhounds and similar Scottish Deerhounds are seen as calm and affectionate.

Irish wolfhounds are known for their sweet temperament and are described as “thoughtful, dignified, loyal, patient and generous”.