Wests Tigers hooker Nu Brown has admitted he cried after last weekend’s 72-6  hammering at the hands of the Roosters – and later told his Instagram followers what the record defeat taught him about the toughness required to play elite rugby league.

Footy journeyman Brown, 27, posted his emotional thoughts on Monday, with a focus on educating people.

The ruthless sporting lesson at the SCG against the rampant Tricolours revealed ‘little cracks’ in Brown’s ‘wellbeing and mindset’ and he found himself in tears hours after fulltime, feeling he had ‘let down his family’ on the field.

Brown, who has also played for the Bulldogs and Sharks in the NRL, quickly reminded himself ‘how far he has come, that he is loved and still breathing’.

Despite playing 71 games of first grade since 2014, he confessed the drubbing had finally ‘made me realise how hard this game is to play. Not just the physical aspect but the mental side of it too.’

He concluded his social media post by stating he is ‘choosing to bounce back, block (out) the noise and keep doing his best.’ 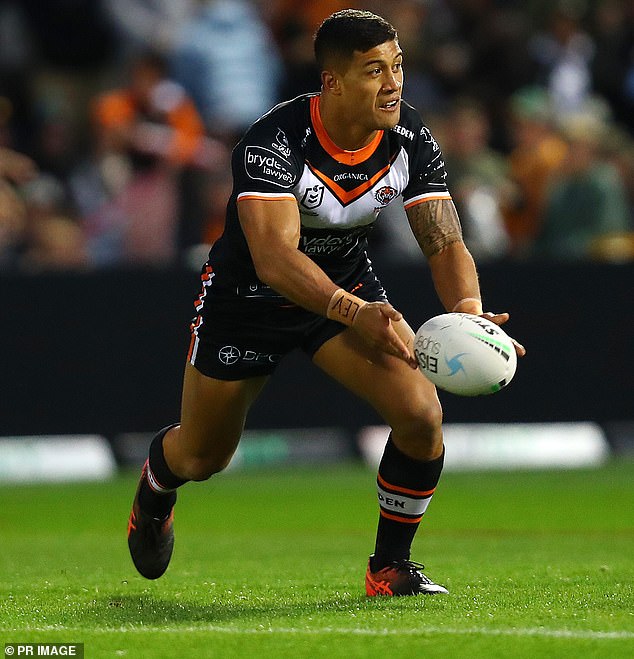 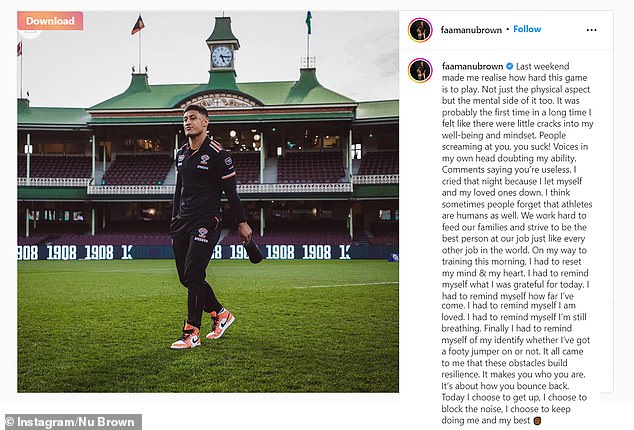 Brown later posted a powerful message on Instagram, reminding his followers footy players are not immune to criticism and that his focus now was to block out negative noise

In May this year, Brown was close to calling time on his rugby league career due a serious foot injury – but a quick Google search gave him another shot in the NRL.

He was urged to retire by multiple specialists, only for the stubborn utility to seek a different opinion.

The Samoan international eventually found a Melbourne doctor willing to operate on him – and soon after secured a contract with Featherstone Rovers in the UK.

‘I was told I was unlikely to be able to run again, let alone play footy,’ Brown said.

‘So I did my own research online and found a doctor who specialised in the type of injury I had… he (also) got good results with AFL players. 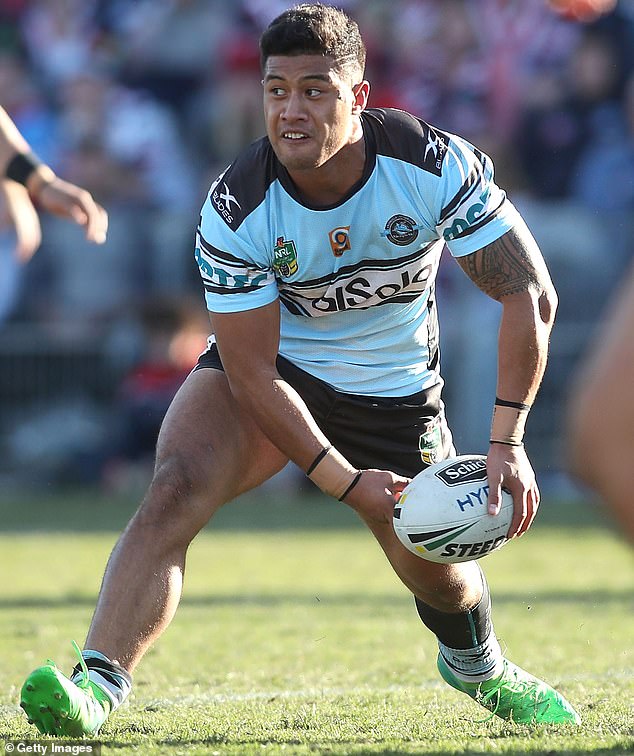 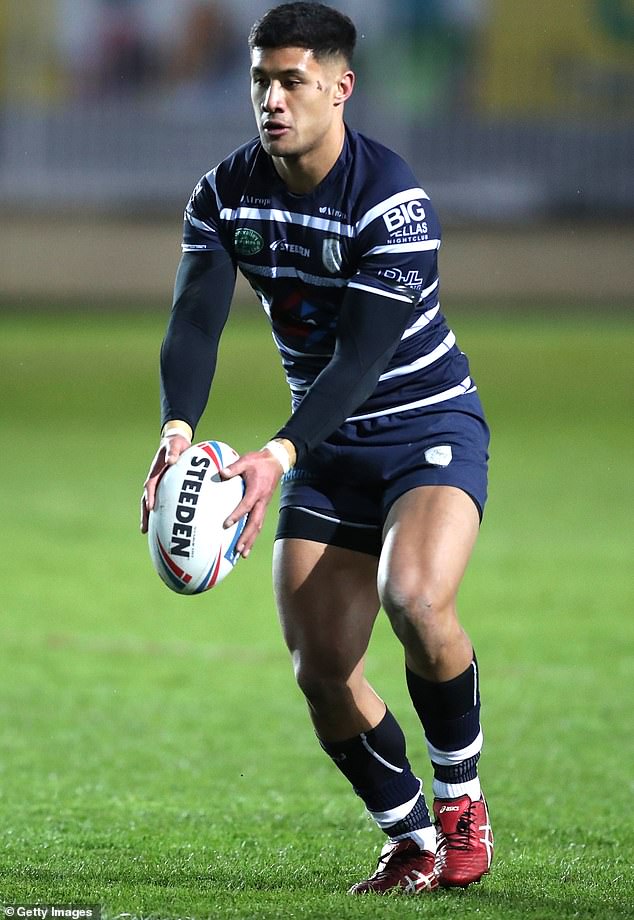 After finding a doctor willing to operate on his foot, Nu Brown started his journey back back to the NRL via Featherstone in the UK (pictured last year)

‘I went to him, he operated and then I went to Featherstone in the Championship to get my confidence back.’

After impressing with North Sydney in the NSW Cup at the start of the season, the versatile star was handed an opportunity with the Tigers in round 11 against the Bulldogs at Leichhardt Oval.

Brown took the opportunity with both hands, scoring two tries in a 36-22 win.

Earlier this year, Brown picked up work as a videographer, shooting houses for real estate agents.

‘You’ve got to eat and I thought this was my only way of making a dollar – football seemed over,’ he told Wide World of Sports at the time.

‘I (eventually) got the chance at the Tigers – it has been a whirlwind, but I refused to give up.’