Rabbitohs star Jai Arrow has branded a local council’s decision to euthanise his dog as a ‘disgrace’ – despite the American Staffordshire Terrier killing a greyhound just three months after mauling a small dog in Sydney.

The Souths enforcer was not present when his dog Thor fatally attacked an ageing 11-year-old greyhound named Ruby at Bateau Bay on the NSW Central Coast in July.

Ruby, who was owned by devastated couple John and Karen Gowans, was mauled and killed just 100m from their home – prompting Central Coast Council to announce they would put down Arrow’s dog Thor. 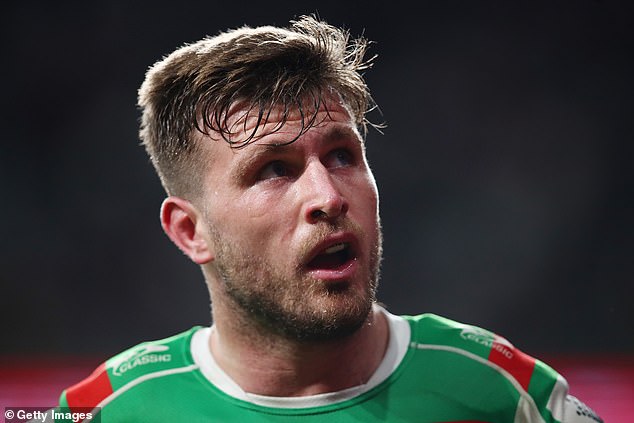 South Sydney star Jai Arrow has branded the decision of a NSW council to put his dog Thor down as a disgrace, despite the dog mauling and killing a greyhound 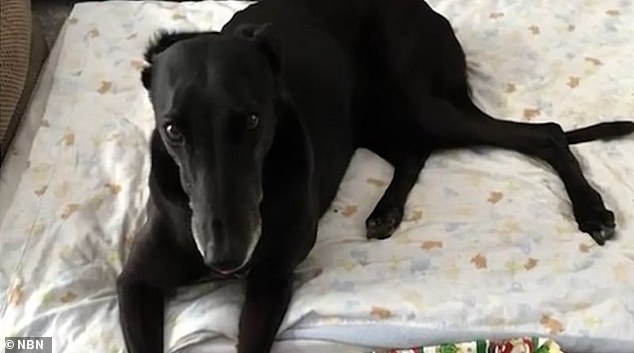 The American Staffordshire Terrier was euthanised on Friday afternoon, prompting the 27-year-old Souths forward to brand the decision a ‘disgrace’.

‘I think it’s an absolute disgrace that they couldn’t even notify me and at least give me the decency to go and say goodbye to him,’ Arrow told Channel 9.

Arrow’s comments come after his lawyer Paul McGirr hammered the ‘gutless’ council, before announcing they would ‘explore all legal avenues’. 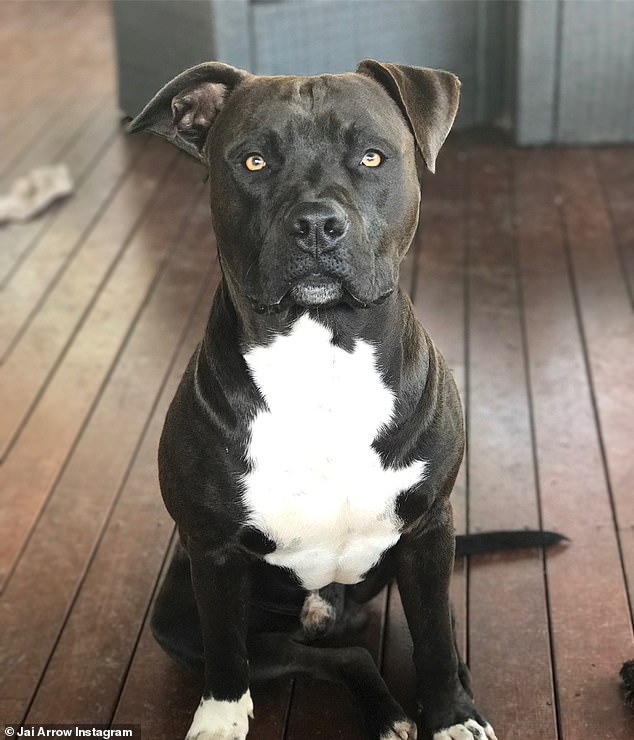 Jai Arrow’s American Staffordshire Terrier, Thor, before he was put down by a NSW council after mauling and killing another dog

‘We were looking to appeal the decision of the council to the Supreme Court and throughout this process we have asked them not to do anything.

‘We wrote further correspondence to (Central Coast Council) and asked to be present, along with Mr Arrow, to explain the position of Jai not being present near the dog in any of the alleged attacks,’ said McGirr. 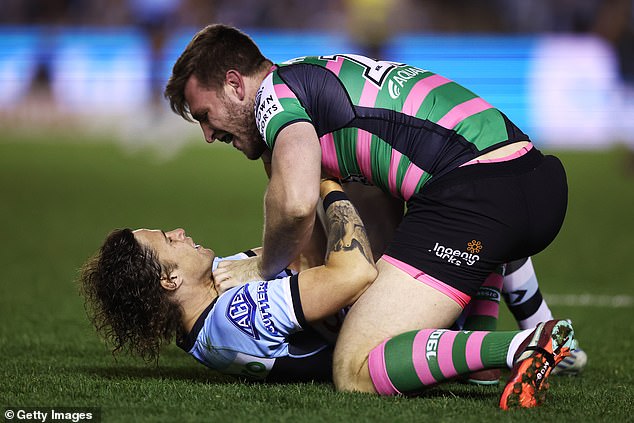 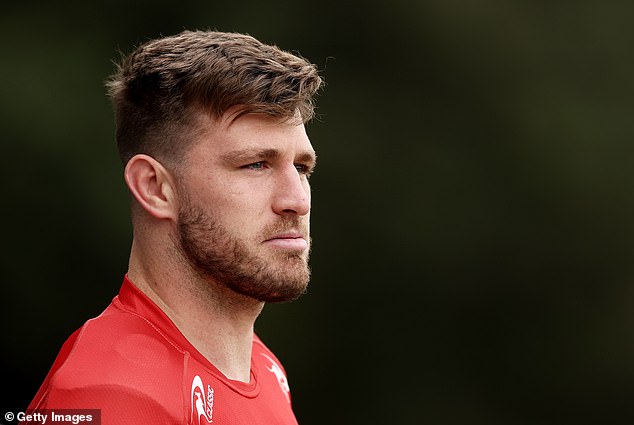 Arrow has played 124 NRL matches for Brisbane, Gold Coast and South Sydney since debuting in 2016 for the Broncos

Whether or not Arrow was present at the attack (he was away at State of Origin duties) does not change the fact an old dog was killed – and outraged people took the social media to condemn the NRL star for playing the victim.

One dog lover said: ‘Arrow never should’ve allowed this dog to be under anyone else’s control after the first time it attacked a dog’ when commenting about the fact Arrow and his lawyer asked for leniency given he wasn’t present.

One wrote Arrow ‘should never be allowed to own a dog again’, while another said it was an ‘obvious decision’ by the council, who simply had no choice given the circumstances.

I love dogs, but it’s fairly clear Jai Arrow’s dog was a danger to other peoples pets. Arrow’s solicitor called the council “gutless” for putting his dog down, I’d call Jai Arrow gutless for letting it get to this point. This whole thing is on Arrow. https://t.co/hx71HSTp7g

Jai Arrow should never be allowed to own a dog again.

When the attack occurred in late July, Thor, who was being looked after by Arrow’s sister, bolted out of a yard before attacking Ruby, the greyhound.

She could not be saved after suffering a punctured thorax, dislocated jaw and multiple deep cuts in the vicious attack.

John Gowans demanded Arrow be held ‘accountable’ – questioning how much the NRL star thought the life of his dead dog was worth. 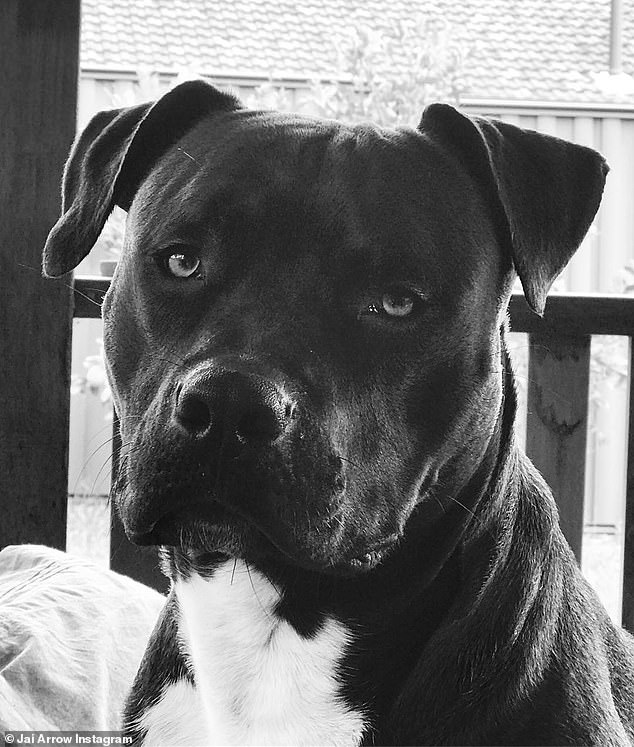 American Staffordshire Terrier Thor has been put down after killing an 11-year-old greyhound, which owners says ‘was onto her like a flash’

‘All of a sudden this other dog was just onto her like a flash, I didn’t see it coming, I couldn’t protect her, I couldn’t do anything,’ Gowans, sporting an arm cast, told Channel Nine in an interview after the attack.

‘There was just nothing that could be done for her, if she wasn’t able to be a normal happy dog, I didn’t want her suffering.

I just want him to be made accountable for this. I mean he had to pay $10,000 in vet bills down in Sydney, what is a dead dog worth?’

Arrow’s dog had already been labelled ‘dangerous’ by Waverly Council after he mauled another dog owned by Sydney woman Kate Muir in April at Bronte Beach. 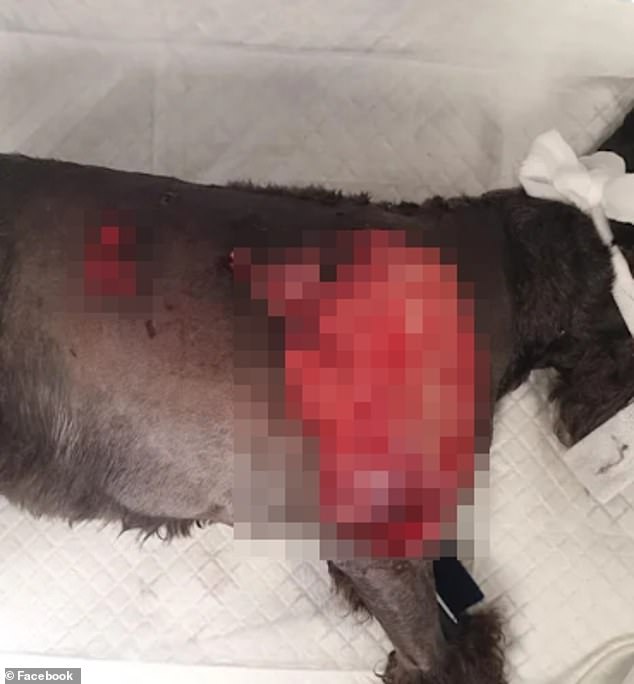 Muir alleged she was also injured as she tried to prevent her dog being mauled.

‘We deeply apologise to the family and the dog for this incident,’ Arrow said at the time.

The NSW Office of Local Government (OLG) states dogs declared dangerous must wear a muzzle and be leashed at all times, amongst a host of other requirements.

If owners fail to comply with the requirements, they may be issued with a penalty notice and/or liable for imprisonment and the dog may, under certain circumstances, be seized and destroyed. 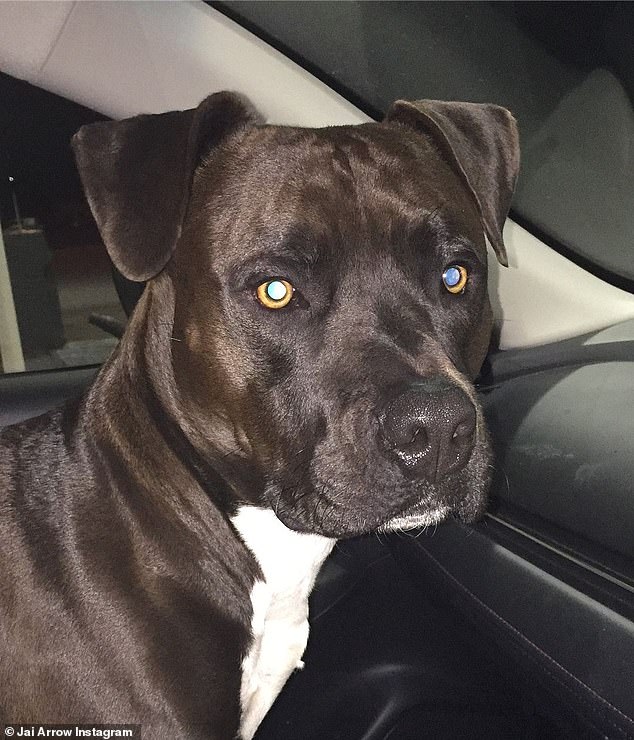 According to the OLG, American Staffordshire Terriers like Arrow’s dog were involved in twice as many attacks at the next closest breed.

From April 1 – June 30 212 American Staffordshire Terriers were involved in attacking either humans or other animals. The next closest was Bull Terriers (Staffordshire) with 103 reported attacks.

Arrow also owns a Rottweiler, which were responsible for the sixth most attacks during the last quarter, named Koda. 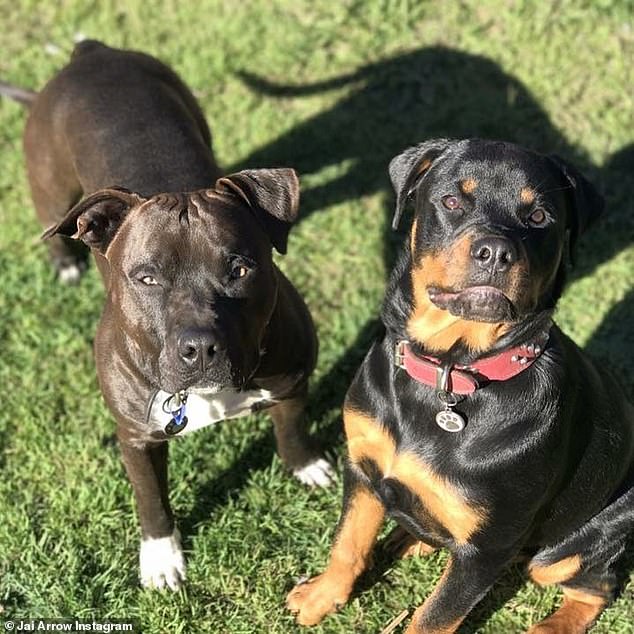 A Central Coast Council spokesperson confirmed Arrow’s dog had been put down, and said the NRL star and his lawyer are free to pursue legal avenues.

‘Council acknowledges that it is extremely distressing for all involved when a pet has to be euthanised. Council has a duty to administer the NSW Companion Animals Act 1998 and to protect our community from dangerous dogs,’ the spokesperson told Daily Mail Australia.

Council can confirm that Mr Arrow’s dog Thor was euthanised on Friday, August 19. Mr Arrow and his solicitor were provided with multiple opportunities to make representations to Council, which were considered by Council prior to a final determination being made.

‘Mr Arrow and his solicitor were free to pursue any legal option available to them in relation to this matter,’ the spokesperson said.

If you own a dog that has been declared dangerous, you must ensure that:

'The Bachelorette': Jesse Tells Rachel She's the 'Only Bachelorette Here' in Shocking Preview