THIS is the horrifying moment a man was killed after walking into a plane’s spinning propeller.

Shocking footage captured the moment Andrey Abakumov, 48, appeared to be decapitated by the propeller blade at Beloyarskiy Airport in Russia.

According to Pravda, Andrey worked as a technician at the airport in the Khanty-Mansiysk region of the country.

His job was reportedly to the get planes ready for take-off.

The video shows him working next to a stationary UTair Antonov An-24 aircraft.

As he wanders towards the front of the plane, the gory footage shows the spinning propeller suddenly smashing him in the head. 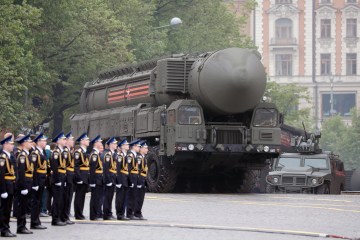 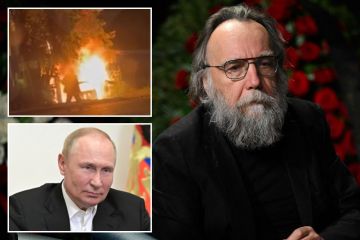 He collapses to the ground as the propeller comes to a grinding halt and nearby colleagues race over to help.

Paramedics rushed to the scene but he was tragically pronounced dead.

A member of staff can later be seen covering Andrey’s lifeless body with a white sheet.

Investigators are said to be probing the circumstances surrounding his death.

According to reports, Andrey had worked at the airport for five years.

It comes after Brit Jack Fenton, 22, died of appalling head injuries after stepping into a spinning rear rotor of a chopper in Greece.

He was returning from Mykonos in a hired helicopter when he was struck in the head and he was killed instantly.

The chopper’s pilot – who was said to be “deeply traumatised” by what happened – was along with two ground technicians, as cops probe what happened.

Cops believe Jack may have strayed into the rotor after going to retrieve his mobile phone after leaving it on board.