SHAKIRA and Gerard Pique’s split will no doubt see them carve up their estimated combined wealth of £300million which includes mansions and a private jet.

The pair got together in 2011 although they first met the year before and with their vast fortune lived a luxury lifestyle.

The Columbian singer, 45, one of the best-selling music artists of all time, met Gerard in 2010 after he featured in the video to her song Waka Waka, released for footie’s World Cup that year.

Shakira and Pique shared a glitzy and glamorous life together jetting around the world, taking holidays on luxury yachts and generally living the high life.

They split on July 4 this year and no reason has been given for the separation. 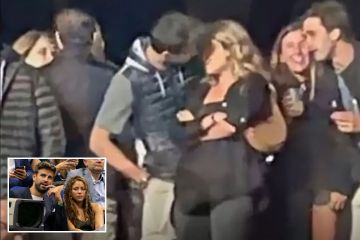 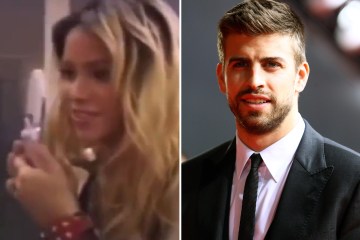 The couple bought their own private plane, a Learjet 60XR in 2010 which is said to have come with a £15m price tag.

It’s thought to have a customised interior which includes a bedroom with two beds, a living room and a dining room.

Reports say the pair rented out the plane when they weren’t using it to lower the maintenance costs.

Should it come to it, a judge may have to decide who gets to keep the jet or if it must be sold and the proceeds split between the two.

This is where things start to get complicated.

As they weren’t married any properties they bought before they were together will remain in their respective hands but it also depends whose name is on the property deeds.

Shakira has a mansion in Miami valued at £11m while Pique has a three-storey property in the centre of Barcelona said to be worth £3.8m.

In 2011, Shakira reportedly bought a share in a private island known as Bonds Cay in the Bahamas which covers 550 acres.

The singer is said to have pooled together with Pink Floyd’s Roger Waters and Spanish singer Alejandro Sanz to buy the retreat for £12m.

Those properties are expected to remain in their respect hands.

Problems arise over the two properties they bought together.

They bought a house in 2012, located in Esplugues de Llobregat, which borders Barcelona, valued at £3.8m.

Then, in 2015, they acquired another house in Barcelona’s plush Pedralbes neighbourhood near Barca’s ground Camp Nou which they bought for around £4.7m.

Spread over 1,500 square feet, the home has seven bedrooms, two kitchens, a swimming pool with a waterfall and a gym as well as a whole host of other amenities.

In June 2018, the luxury mansion was targeted by burglars when the couple were away.

Piqué’s parents were sleeping upstairs when the home was raided, with the criminals getting away with expensive watches and jewellery.

The couple are also said to have a holiday home in Cyprus which they bought in 2019.

The six-bed villa is located in the luxury Cap St. Georges resort, which overlooks the Sea of Akamas near Paphos and reportedly comes with a home cinema, private gym, jacuzzi, private pool and wine cellar.

The exact price of the villa is not known put prices for property in the area are thought to start at £1.8m.

CUSTODY OF THE KIDS

Shakira and Pique had two sons together – Milan in 2013 and Sasha two years later.

The pair are said to be split over custody of them with their respective legal teams readying their arguments and it looks likely it will be resolved in court, Marca reports.

Pique is said to want the kids to stay with him in Barcelona and Shakira is keen for them to relocate to Miami with her.

Shakira is also facing her own legal battle as she faces up to eight years in jail if found guilty of an alleged massive £12 million tax fraud.

She was charged with defrauding the Spanish treasury out of millions over a three-year period between 2012 and 2014.

Her PR firm Llorente y Cuenca said in a statement: “She believes in her innocence and has opted to leave the issue in the hands of the law.”

Kolkata St Xavier's teacher: ‘I was forced to resign over Instagram photos’