A HORRIFYING video shows a vicious brawl break out between drunken holidaymakers as a vile thug brutally boots women on the ground.

The distressing footage captured the moment when a night out descended into chaos in Paceville on the Mediterranean island of Malta.

The alarming clip, originally posted by Free Hour, shows revellers hitting and kicking each other on the streets of the popular party destination.

Some young women, dressed up for hitting the town, wrestle fiercely with each other at the start of the video.

Men quickly get involved pushing and shoving each other with horrific force as onlookers shout and scream at the violence.

But the worst moment comes when one woman falls to the ground. 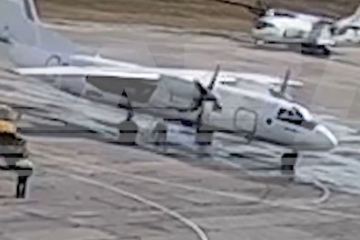 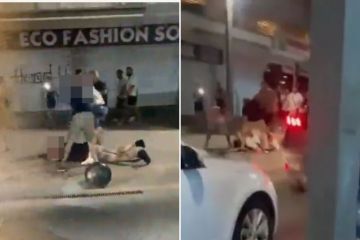 A man dressed all in white kicks her with brute force as she lies on the floor.

The awful attack makes her scream in pain and shout “No stop it” in a British accent.

Others scramble to desperately hold back the thug in white as he lashes out, barely able to stand upright as if drunk.

Yet he manages to break free from their grip and returns for another powerful boot to the defenceless girl.

The longer clip starts with girls taking off their shoes to beat people struggling together on the floor.

One of them is a girl in green cowering to defend herself.

The stumbling women hit each other and grapple one another before the man in white first appears with an almighty kick to their arms.

The girls yank each other by the hair and pull each other to the ground.

Everyone involved in the aggression appears to have been partying that evening, dressed up for nightclubs or stumbling around as though from alcohol.

Some onlookers desperately try to calm the scrap down while others steer clear of the rumble.

The neon lights of nightclubs in the background shed light on the terrifying attacks.

There are no police officers visible in the video but some security guards from the clubs try to stop the fight.

Social media users were outraged by the footage which quickly climbed to over four hundred comments.

One said, “Wtf! Man hitting a woman like it’s nothing!”, while another asked, “Where are the police?”.

Yet others quipped sarcastic comments about the area of Paceville and its nightlife reputation.

One joked, “Keep it classy, P-ville!”, while another wrote, “Normal early morning in PV. Nothing new.”

The shocking footage follows the news of a brawl outside a fruit shop last week that left a shirtless man dripping with blood.

A crowd of men started a rumble outside Manchester Superstore on Stockport Road in Longsight, Manchester, on Thursday morning – throwing punches and fruit.

Astonishing onlookers filmed the shocking scene and passing drivers slowed to beep their horns as fruit rolled across the road.

Other holidaymakers also erupted into violence recently, when two families started a massive brawl at Disney World in Florida, hospitalising a man. 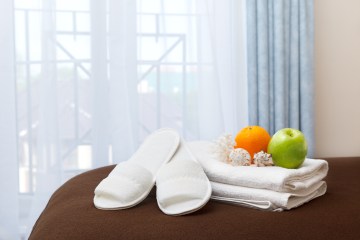 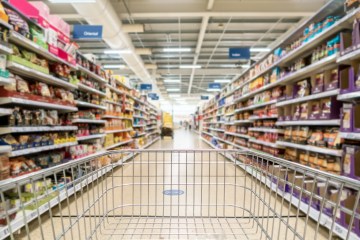 The fight broke out at Magic Kingdom in Orlando while the families were waiting to enter a performance at Mickey’s PhilharMagic theatre, according to footage posted to social media.

Footage from the scene shows at least 10 people fighting as other park-goers including children are left running for cover.

50 of the best street foods in Asia