A HERO medic told last night how he helped bring a British mum “back from the dead” after her heart was stopped by a lightning bolt on a beach in Croatia.

The 48-year-old woman – named locally as Danielle – was still fighting for her life on a ventilator last night after the horror on Kašjuni Beach in Split on Saturday.

She was left with horrific burns, head injuries and damaged internal organs in the million-to-one strike in front of her shocked 19-year-old daughter.

Witnesses told how her daughter – named only as Amelia – was left traumatised as medics battled to restart her heart with cardiac massage and the kiss-of-life.

Holidaymaker Gunnar Knutsen – a 68-year-old orthopaedic surgeon from Norway – was among the first on the scene and joined paramedic teams.

He told The Sun: “The weather had been beautiful but within minutes the sky went black and and an incredible electrical storm started – I have never seen anything like it. 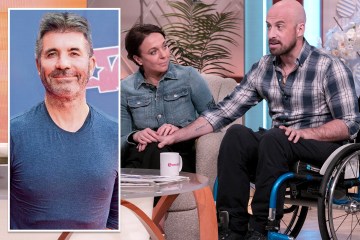 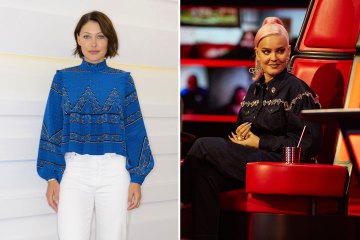 “We all ran for cover to a bar near the beach then there was what felt like an enormous explosion – a blinding flash and a bang at the same time.

“I thought the bolt had hit trees and was walking away after the storm passed when I saw the woman and her daughter crying out beside her.

“She was lying down under the tree and I ran over to help with paramedics who’d arrived, by pure chance, to treat a 12-year-old boy who’d fallen from his bike.

“I have a lot of medical experience and focused on opening her airway while the paramedics began chest compressions to keep the blood flowing to her brain.

“We worked as a team from that point and I then took turns doing compressions until we could apply a defibrillator to try to get her heart going.

“We tried that two or three times but by the time she got to the ambulance there was still no pulse – but we kept the compressions going to give her a chance.”

Semi-retired Mr Knutsen, from Tromso, northern Norway, added: “It was awful for her daughter who was clearly traumatised and was crying: ‘my mother – my mother!

“The lesson I would tell anyone in this situation is always try to help – if you do nothing people die. Give 30 chest compressions followed by two breaths.

“I can only hope and pray that there’s a happy ending and that she pulls through. We did all we could for her.”

The mum is believed to have been caught by the 300-million volt blast as she ran under a tree to escape the sudden storm at around 3pm on Saturday.

Professor Sandra Stojanovic Stipic, from Split’s KBC Hospital, said: “The woman is in a medical coma and we are monitoring her continually.

“She was very fortunate as the lightning hit her head and the necklace took the energy through her body.

“At the moment she is being ventilated and in the next few days we will carry out an MRI scan to check the condition of her brain and if there is any neurological damage.

‘We have never had a case like this in Split and we are hoping that she recovers but at the moment she is in a very severe condition.

“She died when she was at the beach as her heart stopped but thanks to the good work of the medical teams who were nearby they brought her back to life.

“It was their actions that saved her life. The work of the first responders was fantastic, they massaged her and it restarted, there was no heartbeat but they got it going.”

About 240,000 lightning incidents happen each year about 2,000 people are killed worldwide by lightning.