FINLAND’s party-loving PM Sanna Marin is seen grinding on the dance floor with a glamorous former model in another raunchy video.

That came after she was seen twerking and grinding at a party, all of which led her to take a test to dispel rumours she was taking drugs, which turned out negative.

Fresh video of her antics shows dancing with social media influencer Sabina Särkkä, 33, with the pair’s arms around each other.

Outside the sun is coming up after a night of partying at Helsinki’s trendy Klubi nightclub, which is part of the Ravintola Teatteri restaurant and bar complex.

Other clubbers look on at their Prime Minister in astonishment as she danced with her leg between those of Ms Särkkä as they grind around on the dancefloor. 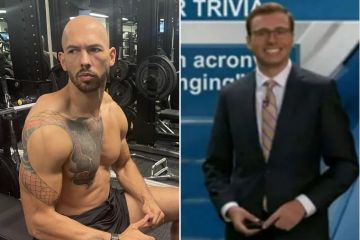 She has featured on numerous TV reality shows in Finland and now supports herself as a social media influencer with 90,000 followers on Instagram.

In recent days she revealed in an Instagram story that she had split up with her husband Ossi Kivimäki.

Marin, known as the “party” PM for her more relaxed approach to government, took the drugs test on Friday, paying for it herself, according to a government press release.

The clip was then published online by the Finnish tabloid newspaper, Iltalehti, and shows Marin dancing, singing and drinking with pals in what appears to be an apartment.

At one stage someone off-camera refers to “powder gang”, seen as alluding to cocaine, although Marin strenuously denied seeing any drugs at the bash.

She has defended her behaviour and insists she has nothing to hide, adding that she “resents” the fact the footage of her in a “private space” has been leaked.

“I’m disappointed that it has become public,” she told the press.

“I spent the evening with friends. Partied, pretty wild, yes. Danced and sang.”

She added: “I have not used drugs myself, or anything other than alcohol.

“I’ve danced, sung and partied and done perfectly legal things. I have also not been in a situation where I would know that others are doing it that way.”