Paul Gallen has branded the suggestion James Tamou could escape punishment for his outburst ‘crazy’ after Phil Gould called for the Wests Tigers skipper not to be suspended for swearing at referee Ben Cummins.

Tamou was sin-binned by Cummins during the Tigers’ embarrassing 72-6 thrashing at the hands of the Sydney Roosters on Saturday, before being given his marching orders as he called the referee ‘f***ing incompetent’.

Tamou faces a two-match ban with an early guilty plea, which could effectively end his career. The Tigers prop is not signed by any club for 2023 and at 34, retirement could be knocking on his door. 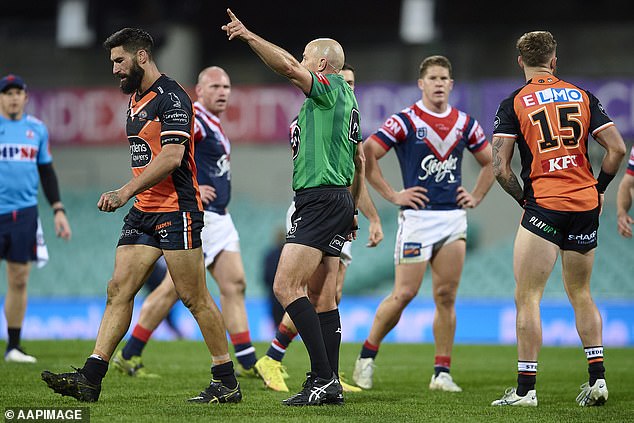 The Tigers will head to the judiciary on Tuesday night hoping to get the charge downgraded to a one-game ban, which would make Tamou available for Wests’ final game of the season at home against Canberra on September 4.

And Gould believes the NRL should show leniency towards the one-time premiership winner given the circumstances.

‘Two to three weeks ban for Tamou’s outburst is appropriate. Must be discouraged,’ he tweeted.

‘However, NRL should suspend this penalty due to Tamou’s exemplary career, the fact this incident was totally out of character, there is no chance of re-offending, his immediate remorse and apology was sincere.’ 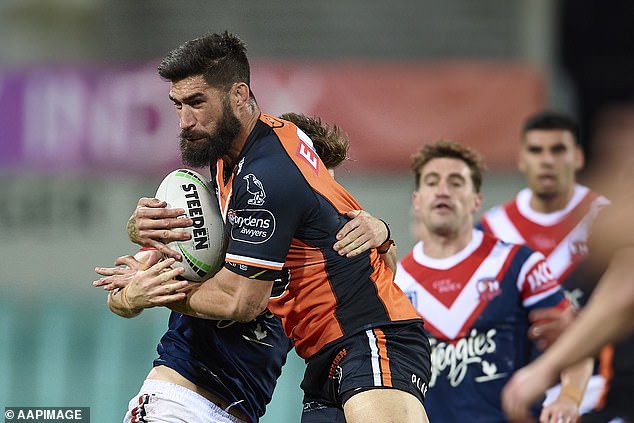 The Tigers skipper faces a two-game ban with an early guilty plea, which could effectively end his NRL career as the 34-year-old is out of contract at the end of the season

Gallen, however, has firmly pushed back on the idea, warning it could set a dangerous precedent.

‘Much as I like James and I’m sympathetic to the situation he’s in, that idea is just crazy,’ the Cronulla great wrote in his Nine column on Monday.

‘You can’t just let someone off because they’re a good bloke and they’re at the end of their career.

‘I feel really sorry for him, but as the saying goes, if you do the crime you’ve got to do the time. We’ve seen players miss grand finals through suspension, if we start introducing the “good bloke” exemption that opens up a whole new can of worms.’ 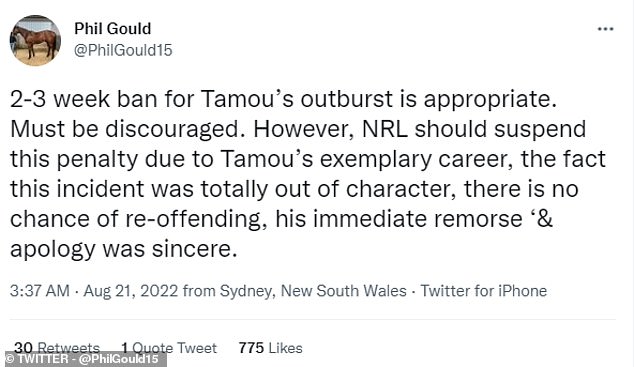 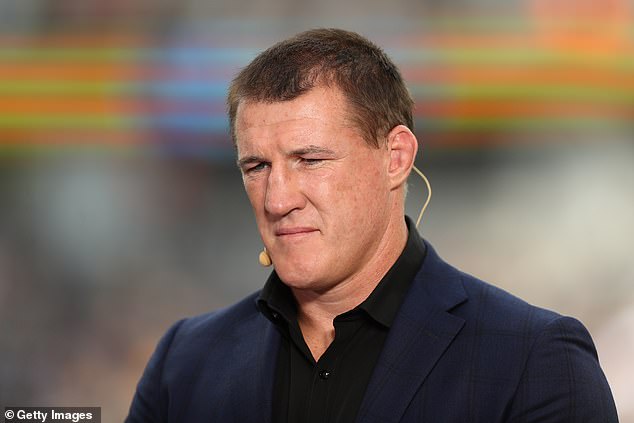 For his part, Tamou swiftly apologised for the outburst, admitting frustration had got the better of him and insisting he had not intended to insult Cummins.

‘First of all, I apologise for my actions towards Ben Cummins – they [the referees] do a terrific job,’ he said after the game.

‘I’ve let everyone down, I’ve let myself down. I’m embarrassed. I’ve let a lot of people down.’

Kamala Harris Takes a Hike While on Vacation in Hawaii