A YOUNG woman has revealed how she was a struggling teen mum before earning MILLIONS with her racy side hustle.

Lola Mason said life before her cheeky career change was “hard” – but now she drives her dream cars and her kids are set for life.

The 27-year-old is also known as Mama Plugs – an OnlyFans model who sells explicit content.

After turning to webcamming in 2013, Lola said her “life changed” – and success just kept on coming to her when she started OnlyFans six years later.

Previously, the teen mum hadn’t been able to work due to ongoing back problems and her partner’s job could only just provide for the family.

But since turning to sex work, Lola has taken home seven figures, bought several properties and splashed out on her dream cars. 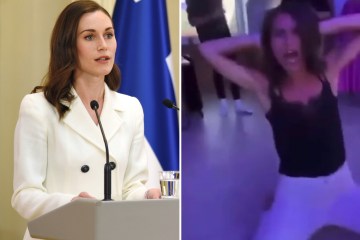 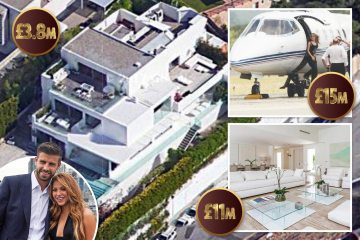 The model has also planned for her kids’ futures and even donates to the charities that used to help her.

Lola revealed her impressive rise to success in a TikTok video that rapidly climbed to 128K and over 7500 likes.

She wrote in the caption: “I wish I could tell 17-year-old, teen mum disabled me that one day she’ll be a successful model that’s earned 7 figures, bought a five-bed house at 24 and owns her dream cars…”

“Setting her kids up for life and buying properties specifically to house struggling/young families.”

Other TikTok users jumped to congratulate the sex worker for her hard work.

One wrote: “Boss queen! Your kids are so lucky to have you as their mumma, a lovely beautiful person who is a hell of a business women!”

Another added: “Scream it louder for all the young ladies going through the worst years of their life. There is hope!!”

Lola replied to one of the commenters: “I just changed my mind set one day and decided I could actually do something and I’m so proud of that day.”

Lola told the Daily Star how she grafted to turn her life around.

“It was so much work, seven days a week, 10-14 hour days, constantly being battled by social media who didn’t want me on their platforms,” she said.

“Some people work 10/20 years in the industry and don’t even take home minimum wage.”

The model mum explained how it wasn’t until her fifth year in the sex industry that she started raking in the cash.

She added: “I spent the first half of my career sorting my life out, sorting out debts.

“I was only straight about three years ago so I’m very much at the beginning of my journey still and I’m so excited for what’s to come.”

Lola also told how she suffered from an agonising back problem which had stopped her from working before and made her every day life difficult.

“My life before sex work was like most other teen mums in the UK, it was hard and with added issues of a spinal deformity daily tasks were hard,” she said.

“I couldn’t work due to my back/bone issues, I was constantly in pain and on a high dose of morphine for years.”

Now the young millionaire can afford to look after herself and her family.

She said: “I’m saving money for them to kick start them in life, ensuring they know about business and I’ll be buying property for them and the house we live in will be theirs, life insurance.”

And Lola is keen to help other young women who are struggling through the difficulties she to go through.

The generous model said: “For struggling families, I buy food or clothing items for charities and food banks a lot, especially the one that helped me one Christmas when I was 20 and struggling.

“I also donate to a lot of sex worker charities, I’m also in the process of buying a property that will be affordable for young or struggling families or people who need that break.

“I really want to be the landlord I needed when I was at my lowest, a stable, good quality home with low rent and a landlord they feel they can phone if they need me. There’s too much greed in the rental market.”

Lola’s impressive back story follows the similar tale of Lucy Banks, a mum-of-two, who makes £60K a month from the same site.

The OnlyFans star rakes in the cash by fulfilling her subscribers’ saucy fantasies – like oiling herself up in her kitchen while her kids sleep.

Fed up with working a 60-hour week and missing out on precious time with her children, Lucy decided to take the OnlyFans plunge.

But the career change isn’t always smooth sailing, as Lucy also revealed how jealous mums report her to the police and vandalise her home because of her X-rated career.

Critics constantly accuse Lucy of exposing her children to sex work – and have taken terrifying measures to make their opinion known.

She has had to legally change her name and file multiple restraining orders in an attempt to escape the wrath of outraged parents.