It is a new era in Charlotte as the Panthers announced former Cleveland Browns quarterback Baker Mayfield as their starter.

Mayfield was traded from the Dawg Pound in the offseason for a conditional — fourth or fifth round — 2024 draft pick.

The former No. 1 overall pick will face his former team in a storyline only the NFL could produce. 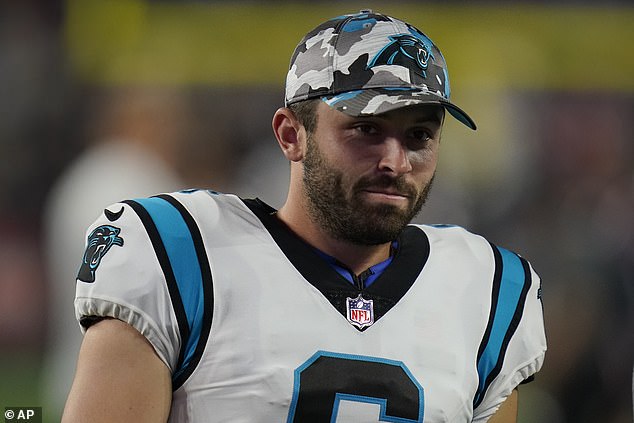 ‘When we started the process, we said we were looking at three things,’ Rhule said.

‘No. 1, mastery of the offense; No. 2, situational football excellence; and No. 3, moving the ball and getting guys involved.

‘Baker has made a lot of improvement, a lot of growth in all three areas in a short amount of time.’ 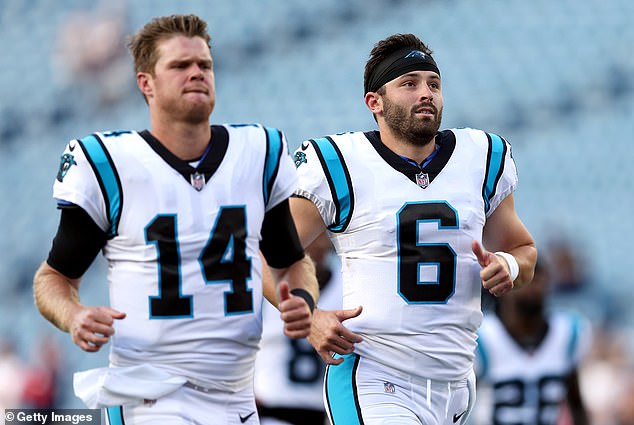 Mayfield played four seasons with the Browns, with his last being his least effective. The former Sooner threw for 3,010 yards, 17 touchdowns and 13 interceptions in while batting a shoulder injury.

Last season’s starter Sam Darnold will be Mayfield’s immediate back up followed by P.J. Walker. 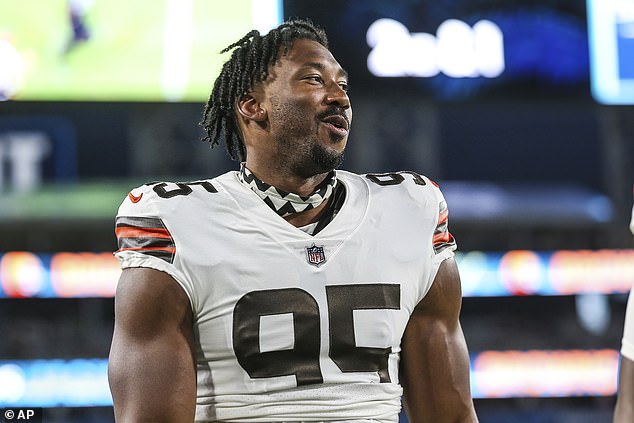