‘We play Champions League, I don’t think Man United do…’: Ajax boss Alfred Schreuder takes swipe at Old Trafford club for pursuit of £84m-rated Antony but admits deal could still be done due to ‘ABSURD’ money at play

Alfred Schreuder has pointedly referenced the fact that his Ajax side play in the Champions League while Manchester United do not in relation to the ongoing saga surrounding the future of Antony.

United, led by Antony’s former boss at Ajax Erik ten Hag, have identified the Brazilian as a key target to bolster their options after an abysmal start to the league campaign.

The Brazilian wishes to join the club. 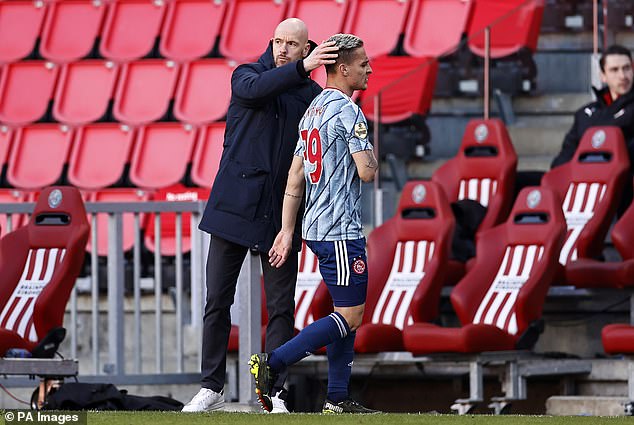 The club saw a bid worth close to £70m rejected by the Dutch side last week with Ajax believed to be holding out for closer to their valuation of £84m.

Speaking after watching his side beat Sparta Rotterdam away from home, Schreuder told ESPN that he hoped Antony would remain with the club beyond this summer. 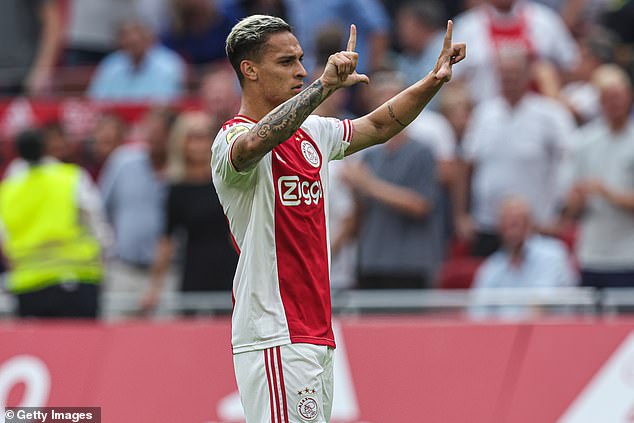 ‘I am assuming that the club will not sell him. The money that is being thrown around these days is crazy. But I would not find it okay if we sell another player.

‘We are in a powerful position, financially. Yes, my feeling is good. I understand Antony. But you play for Ajax.’

He then threw a jibe at United and the fact that they are not playing in Europe’s premier club competition this season.

Antony refused to train last week after news that Ajax had rejected an approach from United emerged. 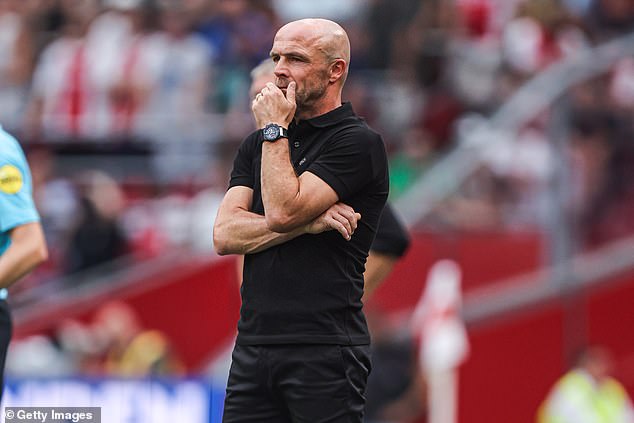 In an interview with Dutch newspaper De Telegraaf on Saturday, Antony refused give assurances that he would remain at Ajax. The player appears increasingly insistent that a move to United is the best thing for himself and his career.

‘No, to be perfectly honest, I can’t [give assurances that I will stay],’ he said. ‘What I can say is that I want to come to the right decision with my family, business partners and Ajax, which is good for everyone.’

United host Liverpool on Monday night as they go in search of their first win under Ten Hag.