‘He has to control himself, definitely’: Virgil van Dijk tells Darwin Nunez he must keep his cool after the £85m Liverpool striker’s red card for headbutting Joachim Andersen… but insists his nightmare home debut will be a ‘learning curve’ for the future

By Joe Bernstein for MailOnline

Virgil van Dijk has acknowledged Liverpool’s record signing Darwin Nunez has to learn to control himself if he wants to be a Premier League hit.

Nunez’s bright start to life in England fell apart on Monday night when he was sent off on his Anfield debut for headbutting Crystal Palace’s Joachim Andersen.

The £85million Uruguayan had been wound up by the close attentions of his marker but van Dijk, one of the senior stars in the Anfield dressing-room, is adamant it can’t happen again. 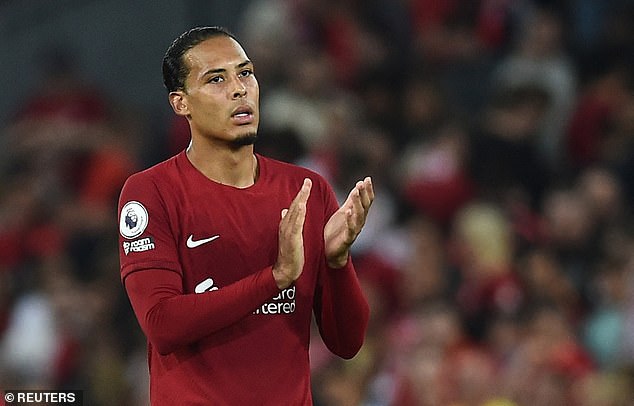 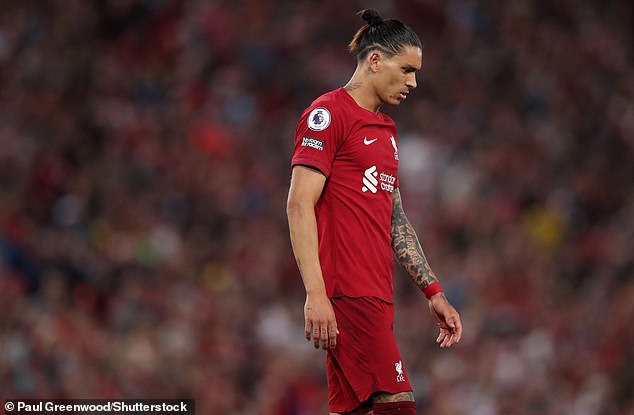 ‘He has to control himself, definitely,’ insisted van Dijk. ‘He has to manage himself, knowing that these things can happen, especially in the Premier League.

He’s got the backing from us and he knows it should not happen again and hopefully it will be that way.

‘He was disappointed and also probably with himself. But it’s a learning curve and obviously we will always back him. Hopefully it will never happen again.’ 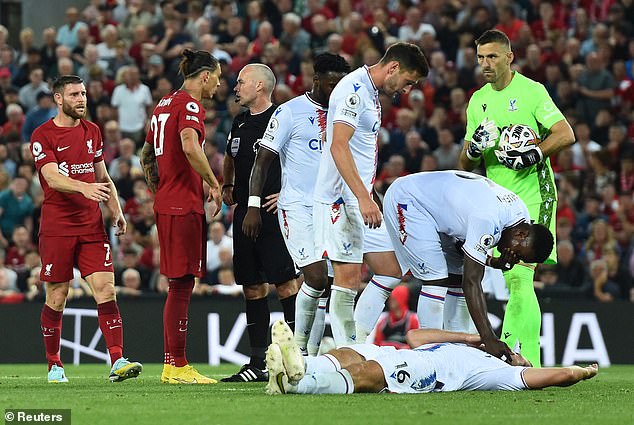 The Nunez red card means he is suspended for three matches starting at Manchester United on Monday.

It leaves Jurgen Klopp with a striker crisis for Old Trafford with Diogo Jota and Roberto Firmino among eight players unavailable through injury for the 1-1 draw against Palace.

Liverpool fought back from 1-0 down at the time of Nunez’s 57th-minute dismissal to salvage a draw but two points from their opening two fixtures already leaves them four behind Manchester City. Incredibly, United could leapfrog above them with a home win in the next fixture. 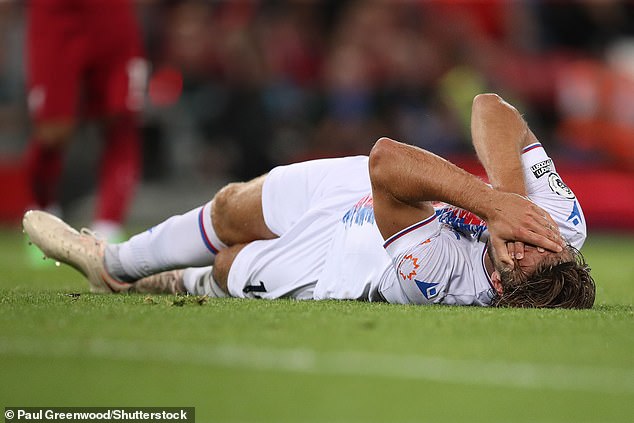 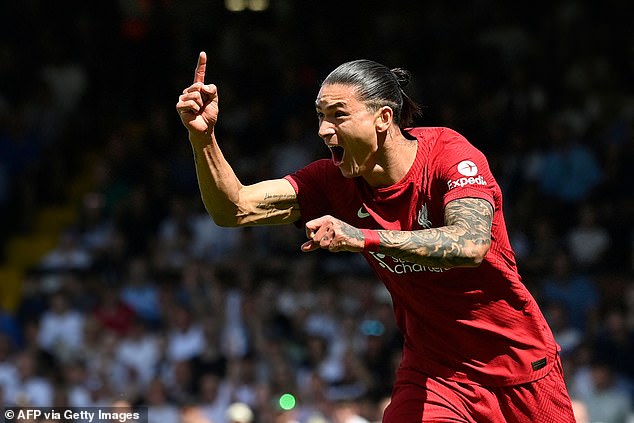 Van Dijk isn’t getting too dispirited this early in the season however.

‘We’ve played two games, there’s still a long way to go so anything can happen. That’s been shown over the last years so we’ll focus on ourselves,’ he said.

‘We don’t read what the others from the outside say about us because nobody knows what’s really going on. We keep going.

‘It’s funny because when we won the Community Shield, everyone was saying good things and now we’ve drawn twice, people will write us off.

‘It was a great performance against Palace with 10 men. We put them under pressure, made them nervous, let them kick long balls.’

Nunez had scored twice off the bench before Monday’s aberration but Liverpool gained a point with a wonder-goal from their other exciting South American signing this year; Colombian Luis Diaz.

Van Dijk agreed: ‘He is an incredibly player already and we will see what the future brings. We needed something at that moment and he proved that bit of special action.’