On Tuesday, Finch had six of those charges withdrawn at Sydney’s Downing Centre Local Court and his lawyer Paul McGirr entered a guilty plea to one count of using a carriage service to make available child abuse material.

It was alleged that Finch participated in a child abuse chat group and shared illicit material through a gay adult hotline.

During the Strike Force Hank investigation conducted by the NSW Police Child Abuse and Sex Crimes Squad in December 2021, Finch was initially accused of using a carriage service to distribute, publish or promote child abuse material.

As part of the NSW Police Child Abuse and Sex Crimes Squad’s Strike Force Hank investigation, eight men between 34 and 71 were arrested in raids across Sydney, Coffs Harbour and Shoal Bay, including Finch.

Finch was arrested on December 14 and his Sans Souci home searched in December 2021, with his mobile phone seized.

In the aftermath of his initial charges, Finch has been on conditional bail that requires him to visit the police once a week, avoid social media, avoid contact with anyone younger than 16 and stay away from places that are known to be visited by children. 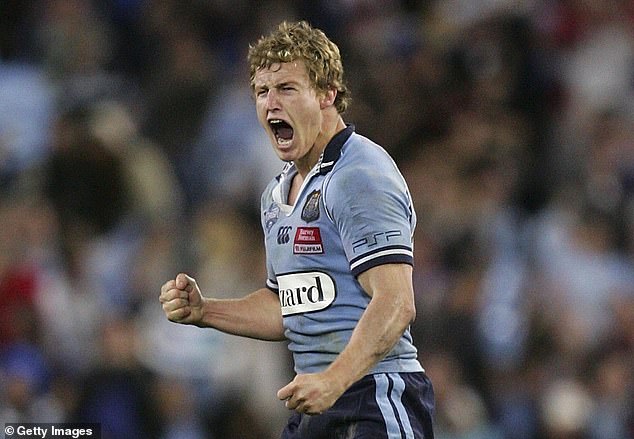 He played 330 first-grade matches for the Raiders, Roosters, Eels, Wigan Warriors, and Melbourne Storm in the NRL and English Super League.

In 2009, Finch won the NRL premiership with the Storm, although the title was stripped from them for salary cap violations.

During an injury crisis in State of Origin, he famously kicked the series-winning field goal for the New South Wales Blues.

He has spoken publicly about his alcohol and drug addictions over the years.