Former Las Vegas Raider Carl Nassib will continue his NFL career as a teammate of Tom Brady after signing with the Tampa Bay Buccaneers.

Nassib signed a one-year deal with the NFC South team after being cut by the Raiders in March after two seasons.

It will be a homecoming of sorts for the NFL’s only openly-gay player after suiting up for the Bucs during the 2018 and 2019 seasons. 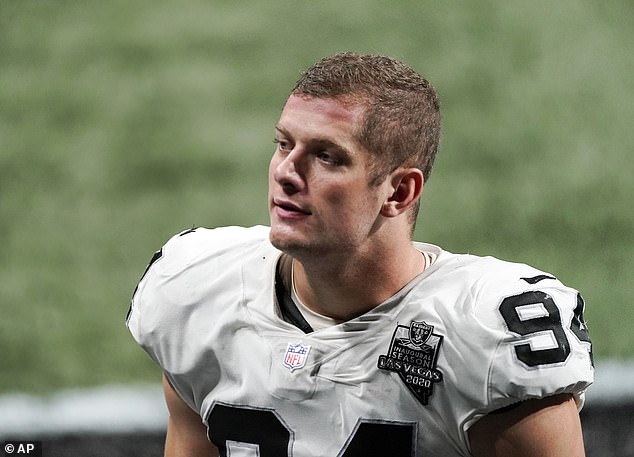 Carl Nassib returns to Tampa Bay after amassing 12.5 sacks during his two-year stint

He is familiar with head coach Todd Bowles, who served as defensive coordinator during Nassib’s final season in Tampa.

The 29-year-old first arrived in Tampa as a waiver claim from Cleveland before dialing up 12.5 sacks — including six under Bowles’ watch.

Sacks dried up while Nassib was in the desert, amassing a total of four in two seasons with Las Vegas. 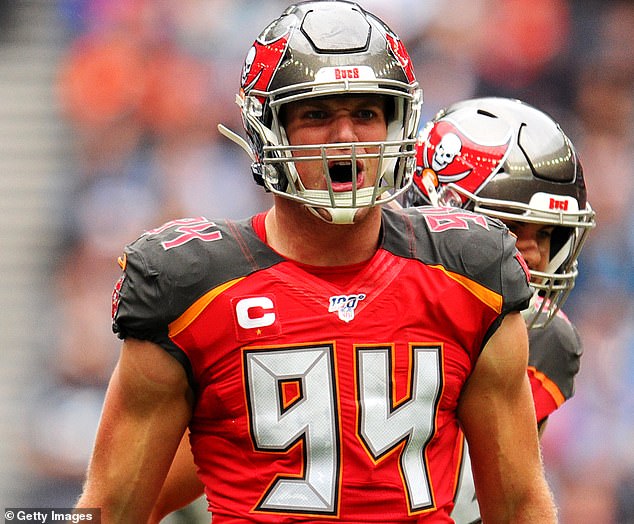 The former Nittany-Lion will also prove useful on special teams, having played over a century of snaps (101) for the Raiders in 2021.

Nassib made his NFL bow with Cleveland during the 2016 season. He was a third round pick of the 2016 NFL Draft.

In June 2021, the 6-foot-7 defensive end became the first active NFL player to come out publicly.

Nassib has 22 sacks, one interception and four forced fumbles across his six-year NFL career. 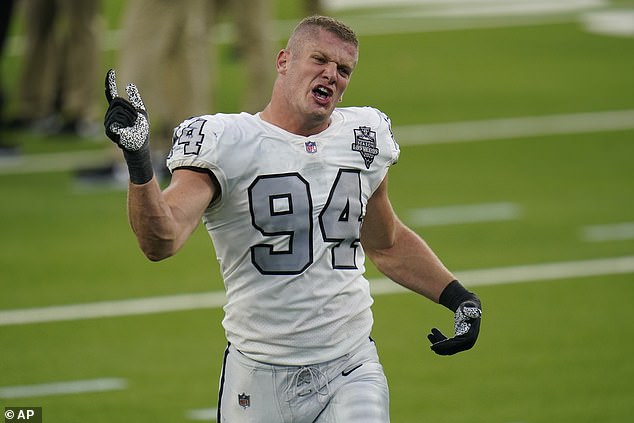