Manchester City confirm capture of Sergio Gomez from Anderlecht for £11m plus add-ons, with boss Pep Guardiola hoping he can make an instant impact at the Etihad

Manchester City have confirmed the signing of Sergio Gomez from Anderlecht to add to Pep Guardiola‘s full-back options.

Gomez joins the Premier League champions in an £11million switch plus add-ons to provide competition for places, having agreed a four-year deal at the Etihad Stadium.

Throughout the summer the 21-year-old has been a target for City and was initially earmarked as a development player who could be sent out on loan. 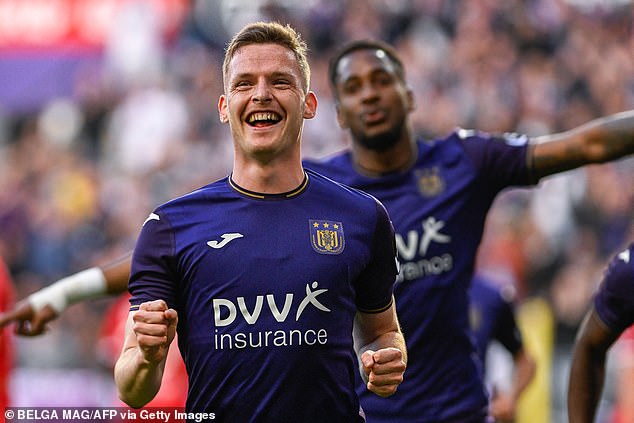 However, following the failed pursuit of Brighton’s Marc Cucurella – who departed for Chelsea – as well as Wovles’ Rayan Ait-Nouri and Borussia Dortmund’s Raphael Guerreiro, it is now felt at the club that Gomez could actually make his mark at the Etihad Stadium this term.

After completing his move, Gomez, who has been given the No 21 shirt, spoke of his joy at joining City.

Gomez said: ‘I am incredibly proud and happy to have joined Manchester City.

‘City are the best team in England and in Pep Guardiola I have a chance to learn and develop under the most outstanding manager in world football.

‘To be able to be part of this club is a dream come true for me and something any young player would aspire to. 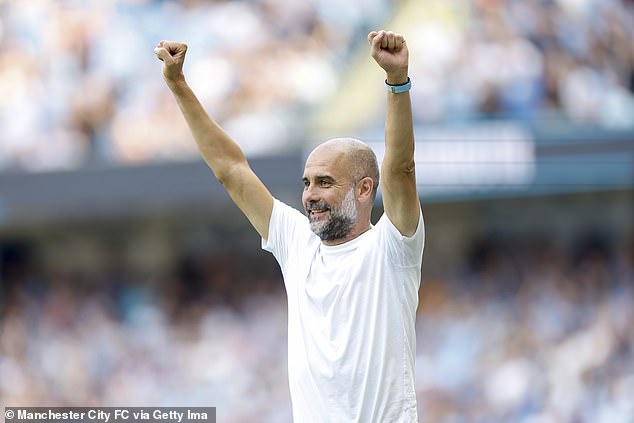 ‘The number of trophies City have won over the past few years has been incredible and the style of football the team plays under Pep is the most exciting in Europe. Playing for and being guided by Pep and his coaches is going to be very special.

‘I’ve heard so much about the City fans and how passionate they are, so I can’t wait to get started and to try and help the Club achieve even more.’

Gomez also revealed how he had been inspired by Manchester City legend and former Anderlecht boss Vincent Kompany before making the move to the Etihad.

‘It was a pride working with him from the first day. I used to watch Manchester City when I was younger and he was the captain of the team. He was a role model for everybody.

‘To me, it was an honour working with him and I’m very grateful to him for everything that happened last season at Anderlecht. I spoke to him a few days ago. I told him about an option to move to Manchester City and he told me he was very happy for me. He said he was proud of me for this big step in my career.’ 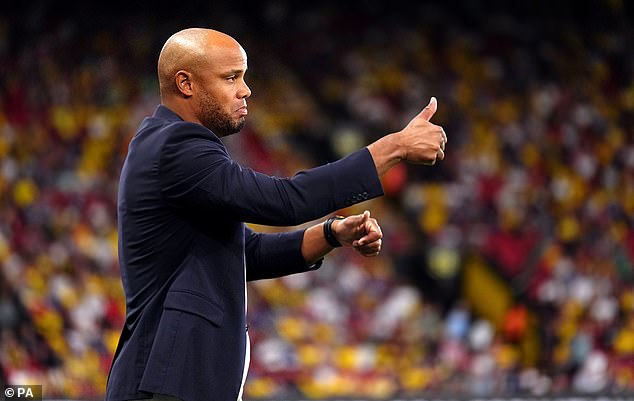 Following Oleksandr Zinchenko’s move to Arsenal, Guardiola had only been left with Joao Cancelo and youngster Josh Wilson-Esbrand who has yet to make his Premier League debut as options on the left side.

However, Guardiola is now happy with the options available to him this season, confirming Gomez could instantly become a first team star.

‘He is for now’, he said last week. ‘He is going to stay with us and he will be with the squad. Joao, Josh and him, (they will compete) for left-back.’

Gomez caught the eye playing at Anderlecht under former City captain Vincent Kompany last season. He joined the Belgian club a year ago after a spell at Borussia Dortmund.

Guardiola said: ‘In the (Under 17) World Cup five years ago, Phil Foden was the best player and he (Gomez) was the second-best player. He played in Spain Under 21s and he was a young talent for the academy of Barcelona.

‘He went to Dortmund and didn’t have much minutes but in the last year played under the good hands of Vincent Kompany and Anderlecht, and he played really well. We targeted him and we could bring him here.’

Katharine Graham was a pioneering newspaper publisher in a room full of men. In history, she wasn't alone

'Better Call Saul' Series Finale: Fans React To Saul Sacrificing Himself to Save His Ex-Wife Kim