It’s a man’s game. You’ve heard it said. You know what it means. It’s not literally true, any more, and the majority are rightly delighted by that.

But the phrase remains. It’s not an insult, it’s not a slight, it’s the language of football. Archaic, to some ears, and maybe over time that will change. But there are generations after generations of men — and women, too — who know exactly what is meant by a man’s game.

And Graeme Souness is one of them. He’s 69, but doesn’t look it. He’s been around the block. He can interpret modern football for what it is, but he also knows what it was. It was a man’s game, back then. It was hard, it was brutal. 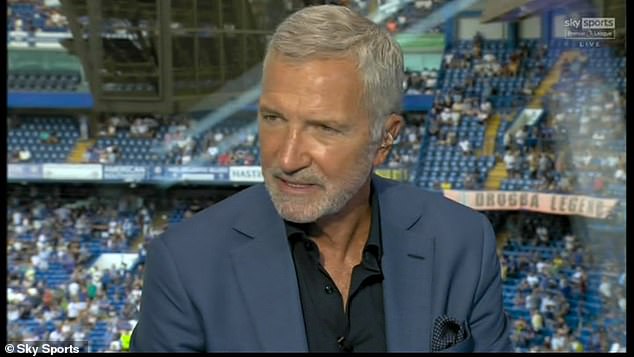 A young John Hollins got his leg snapped in two playing for Chelsea at Everton. A team-mate remonstrated with the culprit. ‘What did you do that for? He’s a good kid, he’s a lovely kid.’

‘I know,’ said Hollins’ assailant. ‘I’ve heard. That’s why I only gave him half of it.’ It was a man’s game; and it was horrid, at times.

And that’s why people enjoy Souness’ analysis, because he tells it like it is, and he played it like it was. And anyone who saw Souness play will have seen a lot of man’s games.

They will also have recognised his instinctive reaction to Tottenham and Chelsea, their players and managers, going at it hammer and tongs, on the field, and on the touchline.

‘I think we’ve got our football back, as I would enjoy football,’ he said. ‘Men at it. You know, blow for blow, and the referee letting them get on with it.’ He was following on from Jamie Carragher who spoke about the steel that Antonio Conte has brought to Tottenham.

Real man’s game stuff. He’s bought big players, physical players, Tottenham have a bit about them now. They used to get blown away. Sir Alex Ferguson once gave a team talk at Manchester United that consisted of three words: ‘Lads, it’s Tottenham.’ He wouldn’t say that now. Tottenham are up for a fight. 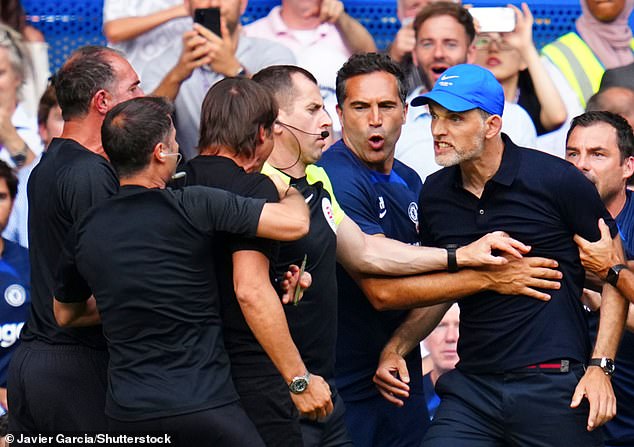 And that was the context in which Sportsmail columnist Souness spoke. He was talking old-school football, high energy and high octane and referees who let it flow.

And he wasn’t entirely correct, of course, because one of the biggest controversies in the game involved hair pulling, and another erupted because Chelsea’s coach took offence at Tottenham’s goal celebrations, but Souness’ opinions are not on trial here.

Sitting next to him was Karen Carney, 144 caps for England, 2005 to 2019. And Souness’ words have been reinterpreted as an attack on women’s football. So now, offence is not just a matter of what is said but what isn’t. At no time did Souness reference the women’s game.

He didn’t talk about getting football back from women after a summer of triumph at the European Championship, he didn’t make any negative connection with women’s football. He just talked about a game between men in the context of a masculine contest.

That’s enough, apparently. That’s all it takes. The worst that can be said, and this would have been a more valid criticism, is that hitting the chromosome button so hard could have made Carney feel awkward, and as an experienced broadcaster Souness made a mistake.

All guests should feel comfortable and he could have chosen his words less emotively. Carney’s quizzical expression as the broadcast broke for commercials certainly suggested so. 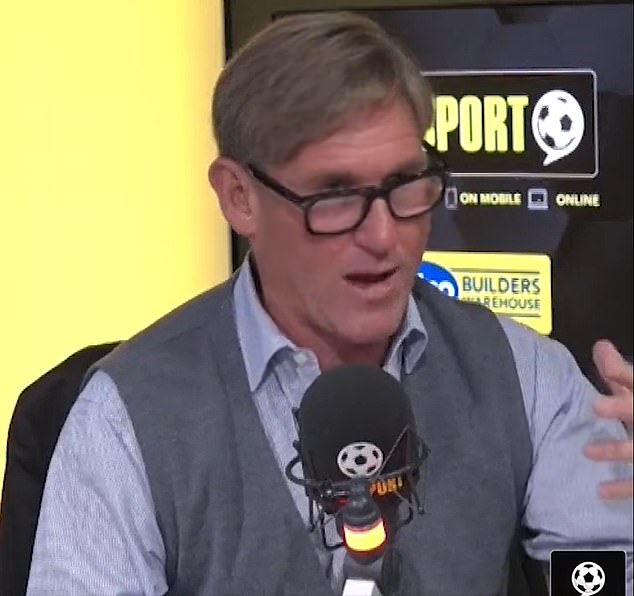 Talking about a man’s game draws attention to the fact a woman will never have played in one, but that doesn’t mean Carney cannot offer a valid opinion. She’s very good. Souness could equally ask Micah Richards how many European titles he has won, or quiz Jamie Redknapp on his managerial experience, but he doesn’t because that stifles debate and post-match analysis has to be about inclusion. But, also, it’s a lesson to be learned, not a capital offence. Souness is not above criticism or guidance, but that’s for his producer, not for those who seek umbrage in every sentence uttered.

‘Lightweight activism,’ Simon Jordan called the protests, and he’s right. Souness’ qualification, that he was talking about a return to a time when games flowed without constant interruption, seems far closer to his intended meaning than what has been extrapolated.

And here’s the crux: Carney won’t have played in a man’s game, as envisioned by Souness, but neither will 99 per cent of men. Because he’s not talking about mere physicality. He’s referencing speed and commitment, and athleticism and skill, and elite competition and a hundred tiny factors that separate the highest level of the sport from the rest. Everyone who loves football knows what is meant by a man’s game; and anyone who is greatly offended certainly hasn’t played in one.