Christian Romero will not face any disciplinary action following the incident between the Spurs defender and Marc Cucurella during Tottenham‘s draw at Stamford Bridge on Sunday.

During the dramatic final moments of Sunday’s clash between the two London clubs, TV cameras caught a coming together between Romero and Cucurella inside the Chelsea box.

Romero was seen pulling the Chelsea defender down by his hair, but despite VAR official Mike Dean taking a look at the incident, Romero was not penalised and Chelsea were not awarded a free-kick. 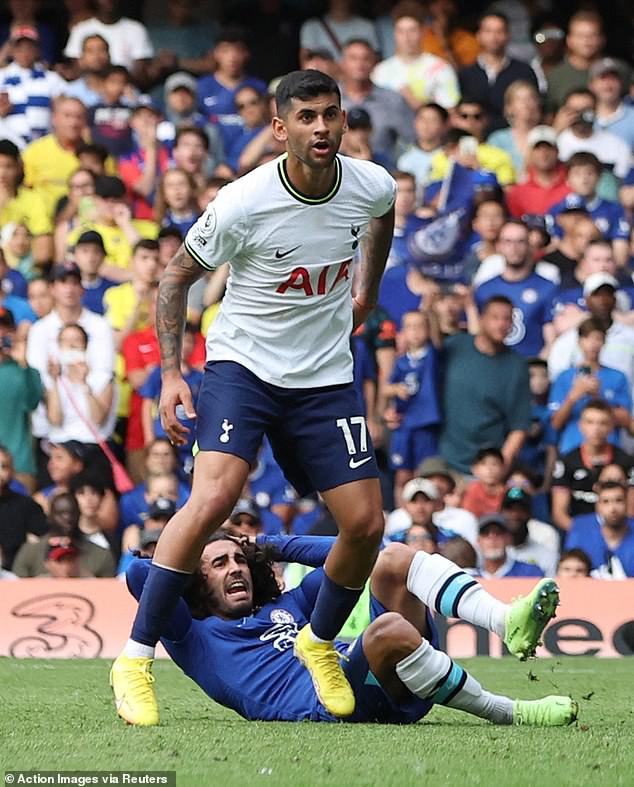 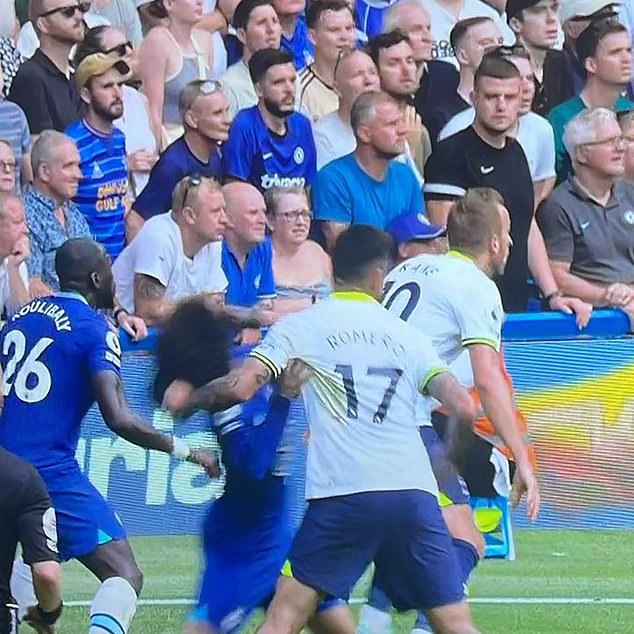 Referee Anthony Taylor instead allowed play to continue as Tottenham seized the initiative and took another corner.

This time Harry Kane would step up for his team in the crucial moment, connecting with a header that secured a dramatic equaliser for Spurs in the dying moments of the game.

Chelsea boss Thomas Tuchel was furious in the aftermath, asserting that Kane’s equaliser should not have stood due to Romero’s earlier actions.

Speaking after the game, Tuchel told Sky Sports: ‘Since when can we pull hair in a football match? They checked and nothing happened — absolutely ridiculous.’ 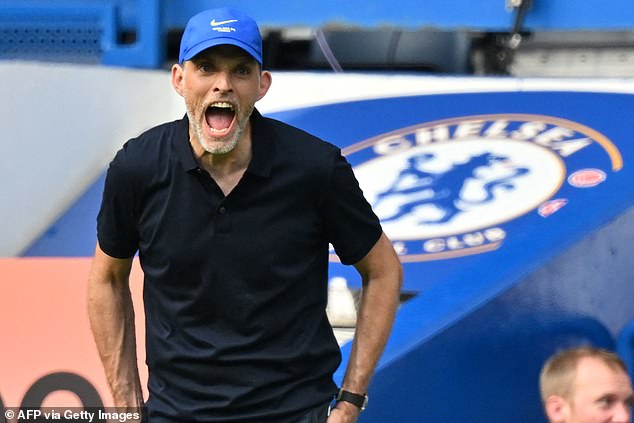 If both the referee, and VAR had missed the incident, the Argentinian centre-back could be retroactively disciplined for pulling Cucurella’s hair. However, as a VAR check did not find any wrongdoing in the incident, Romero cannot now be charged with violent conduct.

The laws of the game do not mention hair pulling by name, and it is down to the referee’s judgement as to whether tugging an opponent by their hair constitutes violent conduct, which is a bookable offence.

During a game between Manchester United and Leicester in 2016, Robert Huth and Marouane Fellaini were both been charged with violent conduct by the Football Association, following an incident in which Fellaini struck out at the German defender with his elbow after Huth grabbed his hair.

Professional Game Match Officials Limited have been approached for comment.