Jurgen Klopp has blamed a bad pitch and his player’s attitude for Liverpool‘s underwhelming opening day draw with Fulham on Saturday.

The Reds were held to a 2-2 draw with the newly-promoted side, as goals from Darwin Nunez and Mohamed Salah rescued a point for Klopp’s team.

The German coach picked out a number of issues that his side faced on the day, claiming that the pitch wasn’t in good conditions and that some of players had the wrong ‘attitude’. 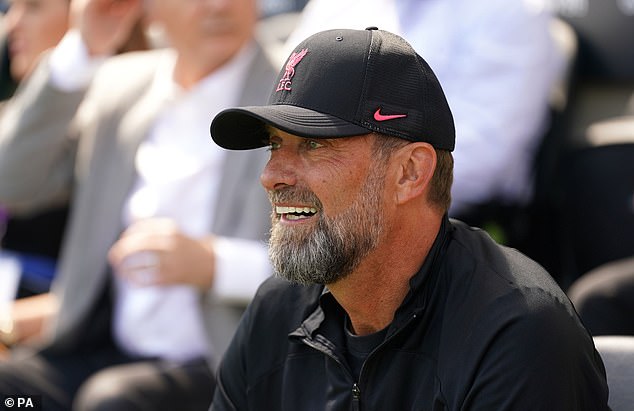 Speaking after the game, Klopp said: ‘The best thing about today was the result. The fact we got a point after a really bad game from my side. Now it’s a question of ‘how can that happen?’.

‘The attitude was not right in the beginning, then we wanted to fight back, but you don’t find it easy anymore. The pitch was dry, we played into their cards… The result is fine, I don’t think we deserve more than that. But the performance is massively improvable.’

Liverpool struggled to create clear opportunities in the first-half and their luck only really changed after making three substitutions midway through the second period.

Aleksandar Mitrovic caused Liverpool all sorts of problems on the day, notching a goal either side of half-time to give his side the lead twice in the match. 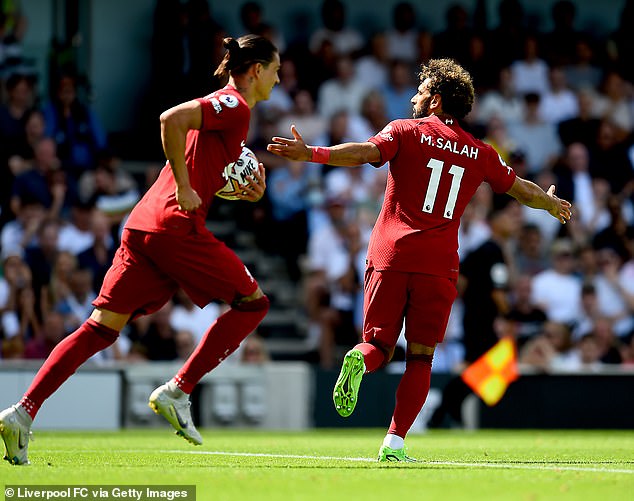 Klopp continued: ‘We can’t always hug the boys. We do that usually when they deserve it. It’s not that they didn’t want it, it’s just sometimes you start a game in a certain way, which is opposite to how we wanted to start.

‘Everybody was under pressure, we couldn’t really break the lines. Each challenge they won, very positive thing for them. Each shot on target or whatever. We could’ve won the game as we had the bigger chances obviously, but that would’ve been too much.’

Meanwhile Klopp was given a further headache after Thiago Alcantara was subbed off in the 50th minute with an injury. 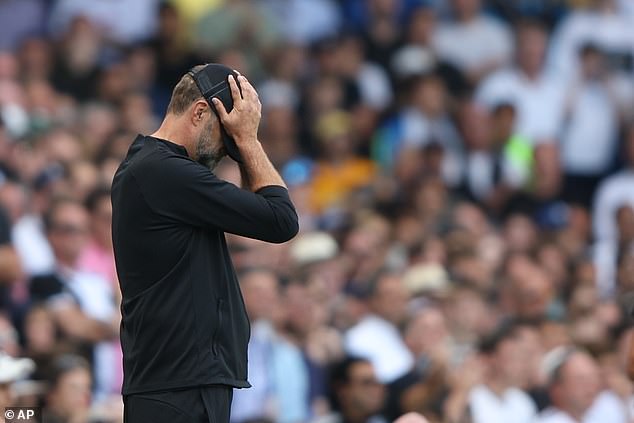 Liverpool suffered similar injury problems  in the 2020/21 season, where serious injuries to Virgil van Dijk and Fabinho reduced Liverpool to their only finish outside of the top two in the past four seasons.

The Reds will be hoping to improve on today’s performance when they host Crystal Palace at Anfield next Monday.