Ed Langdon was served a portion of humble pie as Collingwood earned a monumental win over the reigning premiers to prove they are a genuine threat for the premiership on Friday.

Melbourne star Langdon wound up the Pies masses this week by claiming Craig McRae’s side were ‘all duck, no dinner’ prior to their clash at the MCG.

He said on SEN: ‘They’re sort of all duck, no dinner in a sense. If they’re playing fast footy on their terms they’re a very hard team to stop.

‘They’re a bit of a one-trick pony at times, so hopefully we can dampen the way they want to play and off the back of that go out and offensively play the way we want to play.’

And a fired up Collingwood made sure the winger regretted his remarks in a thrilling contest.

With momentum swinging back and forth in the final term, the Pies suffocated the Dees and forced them to play inside their own 50, with their pressure eventually bearing fruit as Ash Johnson gave his side an unassailable lead. 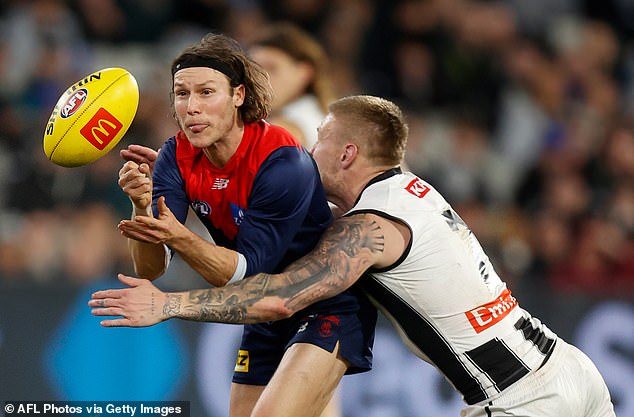 The Pies tweeted ‘quack’ after Langdon said they were ‘all duck, no dinner’ before the game 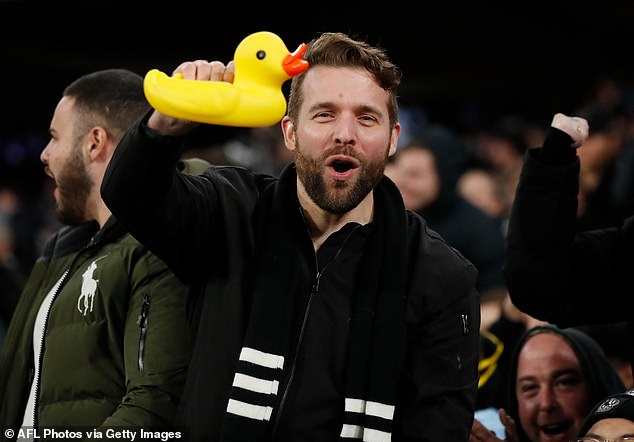 Taking to Twitter moments after the final siren, Collingwood – who leapfrogged Melbourne into second on the ladder – simply posted: ‘quack’ in a clear parting shot at Langdon.

Jamie Elliott also kicked four goals in his 150th game to help Collingwood upset Melbourne and the lead swung on the last five goals of a pulsating contest at the MCG on Friday night before the Magpies prevailed 15.6 (96) to 13.11 (89) in front of 70,956 fans.

It was Collingwood’s 10th win by a margin of less than two goals in a rollicking first season under Craig McRae, lifting them into second spot on the ladder.

But the fallout could hurt, with Will Hoskin-Elliott (hip flexor) substituted out, Nick Daicos (ribs) hurt and Mason Cox set to come under scrutiny for driving his knee up into Max Gawn’s stomach at a ruck contest. 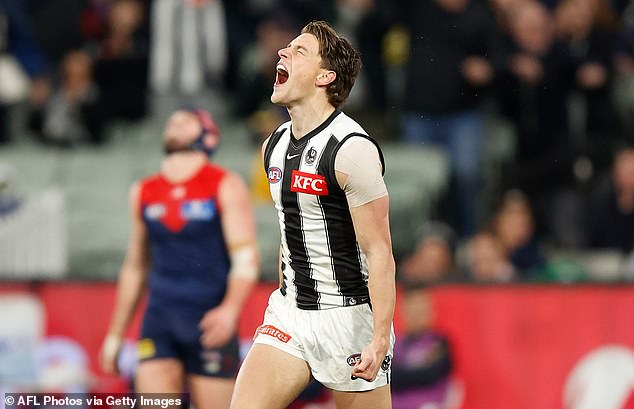 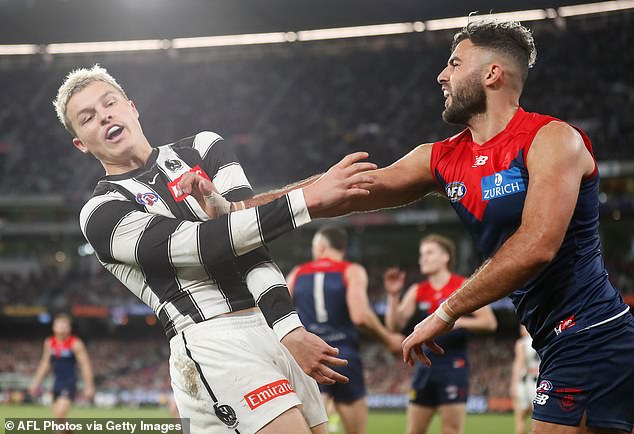 In a feisty affair, the Magpies kept their cool to win by six points at the MCG on Friday night 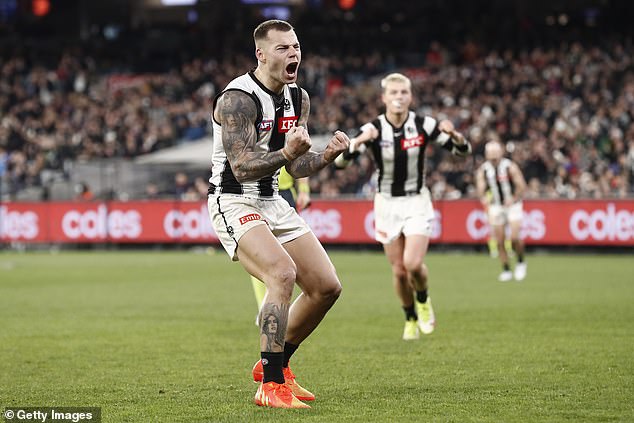 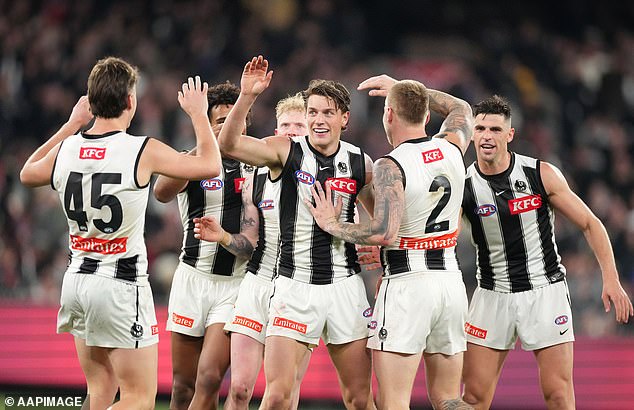 The Pies secured their eleventh win in a row, the first time they have done so since 1965

Clayton Oliver (42 disposals, 14 clearances) was best afield for Melbourne and Gawn (31, 10) was superb, while Ben Brown and Bayley Fritsch kicked two goals each.

But they couldn’t stop an irresistible second-half surge from Collingwood, who trailed by 23 points during the second quarter and kicked seven goals to three after the main break to overpower the reigning premiers.

Workers in Iraq get day off as temperatures pass 50C

'The Family Chantel': Pedro Confronts Chantel About Badmouthing Him to His Mom (Exclusive)