Hurdler Michelle Jenneke has had her say on the biggest controversy at the recent World Athletics Championships, where questions about the legitimacy of her rival’s win were raised because of her high-tech shoes.

The Aussie was stunned when she recorded a personal best time in the 100m hurdles in Oregon last month, and the athletics world was even more shocked when Nigeria‘s Tobi Amusan broke the world record while wearing Adidas Adizero Avanti shoes, which are made for use by long-distance runners.

Although using them is not illegal, the footwear has been under scrutiny because it’s designed to give runners a boost with the use of extremely bouncy foam, with several other hurdlers wearing them.

Amusan shattered the record and 12 of the 24 athletes in the 100m hurdles semi finals at the championships recorded personal bests, leading legendary 200m runner turned commentator Michael Johnson to say the times were incorrect. 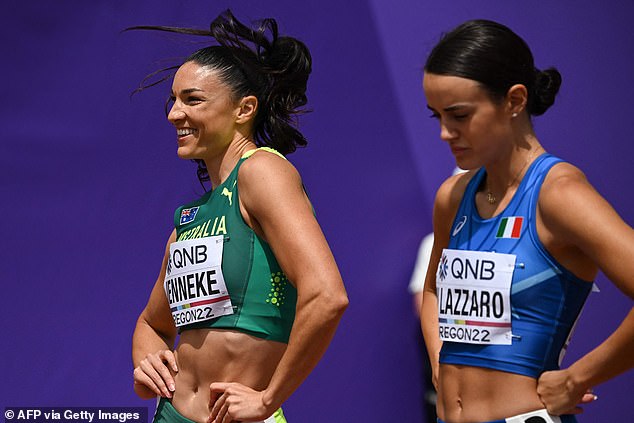 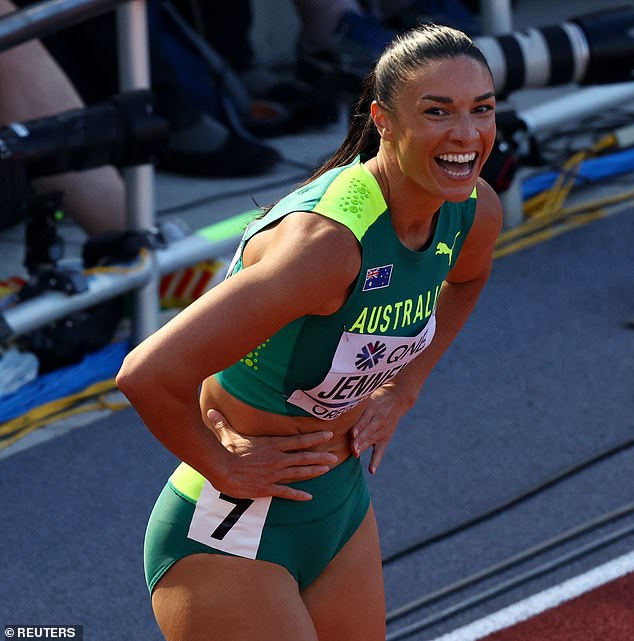 The Aussie resurrected her career with a personal best in Oregon – and 11 of her rivals in the 100m hurdles also beat their quickest times, setting off alarm bells for some

He was accused of being a ‘black racist’ and even sledged over the stroke he suffered in 2018.

Jenneke said she believes the furore is a beat-up as she prepares to race in the Commonwealth Games on Friday night.

‘I ran quite a PB (personal best) in that race and ran in the same shoes that I have been running in for the last five years,’ she said.

‘I know I can’t attribute my PB to the shoes because it’s the same shoe, the same model of shoe. 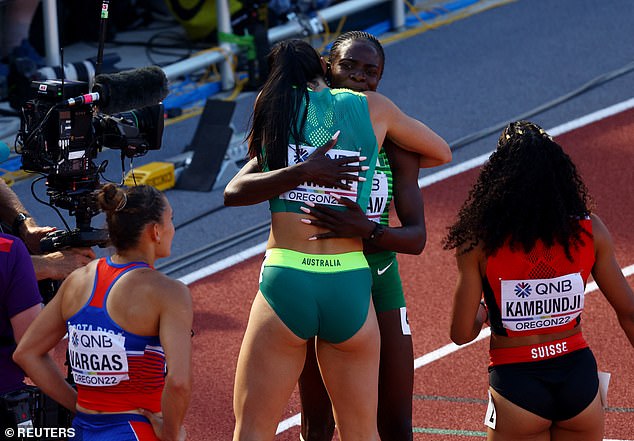 The winner of the event, Nigeria’s Tobi Amusan (pictured hugging Jenneke) broke the world record while wearing Adidas Adizero Avanti shoes, which are designed for long-distance runners and have come under scrutiny for giving competitors an unfair advantage 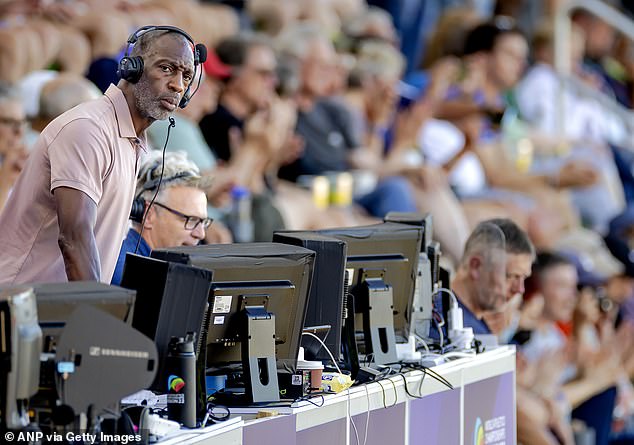 ‘I have tried some of the newer spikes that they have coming out, the technology is amazing, and I’m sure people are faster but at the same time if you go back 10, 20 years, look at the shoes people were wearing, they were entirely different to what we were wearing five years ago.

‘I don’t think we are seeing anything that is causing that much of a change that it needs to be questioned.’

Jenneke added that she’s confident athletics’ governing body is checking the footwear and staying on top of the situation.

Her time of 12.66 at the World Championships came after she was sidelined for three years with serious back and ankle injuries that could have ended her career.

After becoming world famous thanks to her ‘jiggling Jenneke’ pre-race dance at the 2012 World Junior Championships went viral, she said representing her country once more in Oregon was ‘honestly pretty unbelievable’.

Her return to form has made her an outside chance of winning a medal in Birmingham, where she has said she’ll roll out the famous dance once again.

Kenya election 2022: How a murder haunts the poll

Nancy Pelosi says US will not allow China to isolate Taiwan, as China holds military drills