The Brisbane Broncos decided to pay out $1million to get rid of Matt Lodge after coach Kevin Walters deemed him not suitable to the team culture he was building at Red Hill.

Lodge signed with the Broncos in 2018 as he returned to the NRL following a three-year absence after being arrested in New York and repaid the team’s faith with some brilliant performances on the field during a 65-game spell.

The enforcer’s displays convinced the Broncos to hand him a five-year deal worth up to $4million, but Walters’ arrival at Red Hill ahead of the 2021 season spelt the beginning of the end for Lodge. 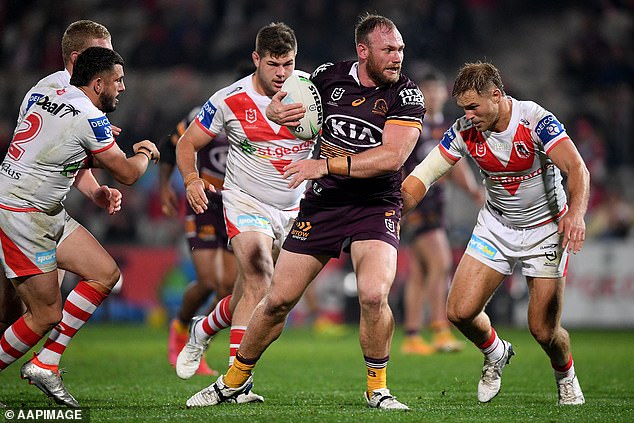 According to the Courier Mail, Walters and his coaching staff considered the prop a ‘divisive and destabilising character’ who would not fit within the team ethos the Broncos coach was trying to mould.

Brisbane backed Walters and opted part ways with Lodge, despite having to pay over $1million to offload the prop whose deal with the Broncos had three years still left to run.

After leaving Queensland, Lodge signed with the Warriors in the middle of last season, but the New Zealanders paid him around $700,000 to get him off their books in May.

The 27-year-old has since joined the Sydney Roosters for a cut-price deal that will run until the end of the season and will come across his former team when the Tricolours host the Broncos in a clash with crucial finals implications on Thursday night. 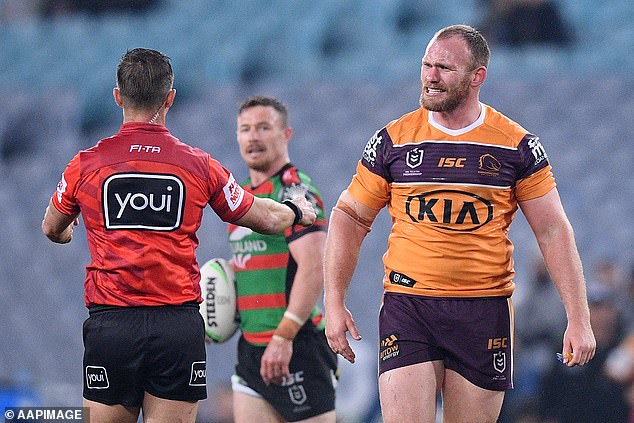 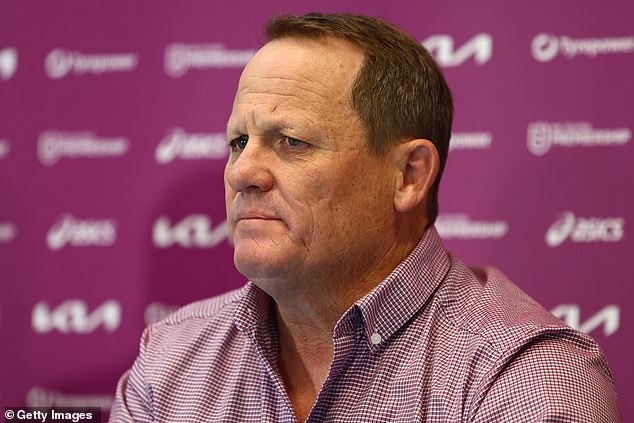 ‘I don’t want to go back over that,’ Walters said. ‘It was a long time ago. He is playing for them now and we’re playing against him. We’re looking forward to that challenge.

‘It’s always tough speaking to players about that (moving on), but I’m not concerned about it.’

The Sydneysider was arrested in New York in 2015 and charged with assault after he threatened a German tourist and chased her into a New York apartment building, before punching a man who was trying to help the woman.

Lodge then forced his way into the man’s apartment, where his nine-year-old son and wife were hiding, and began smashing furniture before being arrested at gunpoint. 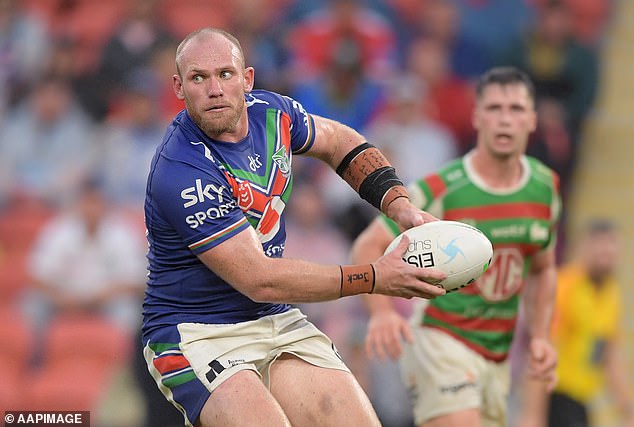 Lodge signed for the Warriors last year, but was released in May with the club choosing to pay up the $700,000 it owed him in order to get rid of him 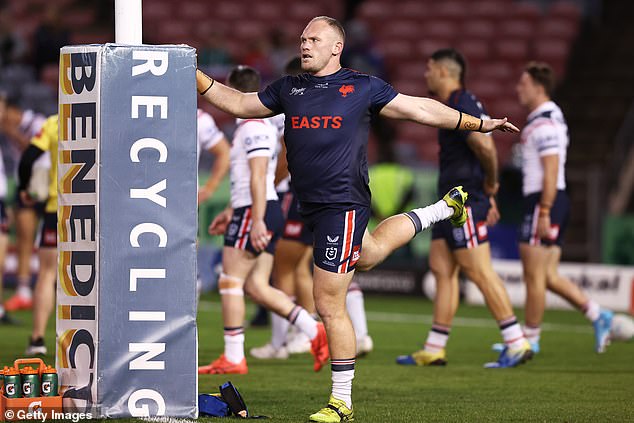 The Broncos were vehemently criticised for giving Lodge, who was ordered to quit drinking and undergo alcohol abuse and anger treatment, a way back into the NRL but Broncos chairman Karl Morris defended the decision.

‘Matt Lodge was a redemption story and it was great to have him back,’ he said.

‘He did all the tough work he had to do while playing for Redcliffe to get back into the NRL. He completely gave up the drink and was a model citizen while he was with us.

‘For whatever reason, culturally, it didn’t work with him and the new coaching staff and we decided to part ways.

‘Kevvie [Walters] wants a certain type of player and person at the Broncos and he just didn’t suit the type of team Kevvie was trying to build.’

Viktor Orban alone in Europe but among friends in Texas