Mathakane Letsie finished so far behind the winner of Thursday morning’s women’s 10,000m final at the Commonwealth Games that the men’s high jump had to be postponed – but she still turned in one of the most whole-hearted performances seen in Birmingham.

The runner from the African country of Lesotho crossed the line six minutes and three laps behind the victor, Scotland’s Eilish McColgan – but emerged a winner herself after recording a personal best.

Bringing back memories of Eric ‘The Eel’ Moussambani’s legendary swim at the Sydney Olympics – when he became a cult hero by winning over the crowd as he swam far slower than his competitors – Letsie had spectators cheering her on as she refused to quit. 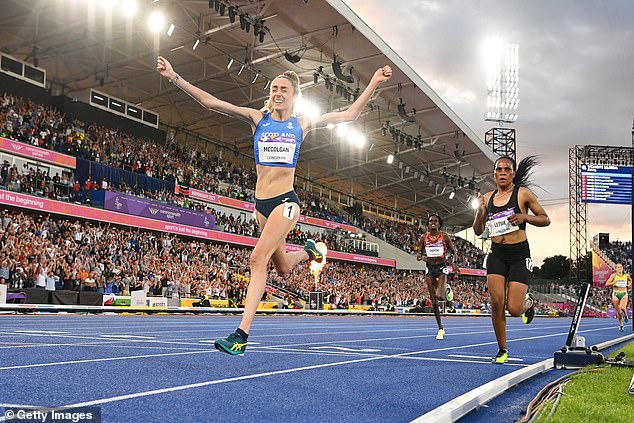 Eilish McColgan wins the 10,000m race in Birmingham. Mathakane Letsie is just behind her on the right – but she still had three laps to go 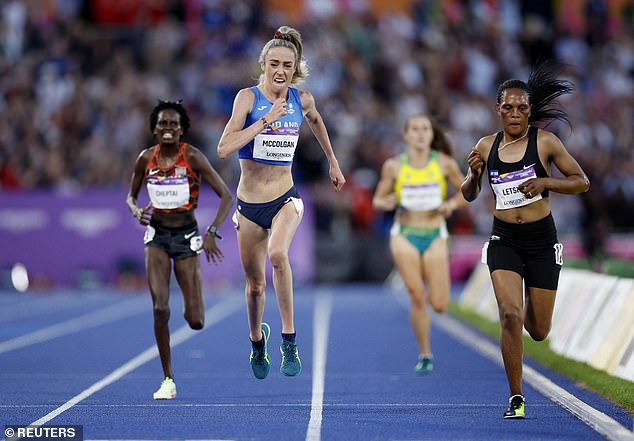 Letsie (right) finished six minutes behind the rest of the field, forcing the postponement of the men’s high jump – but the crowd were behind her as she recorded her personal best time

The 30-year-old was lapped by the field in the 11th, 18th and 25th minutes of the race and was shocked when the Sydney Morning Herald asked her for an interview after she crossed the line.

‘My confidence is not good,’ she said.

Letsie finished in 36 minutes and 50 seconds at Birmingham’s Alexander Stadium, after previously clocking 37:31 during a race in Durban in 2021. She also came 10th in the Totalsports Two Oceans Marathon in South Africa this year.

Her remarks about not being on the track are another similarity with Moussambani’s story.

The swimmer from Equatorial Guinea had never seen an Olympic-sized pool before competing in Sydney, where he competed in the 100m freestyle. 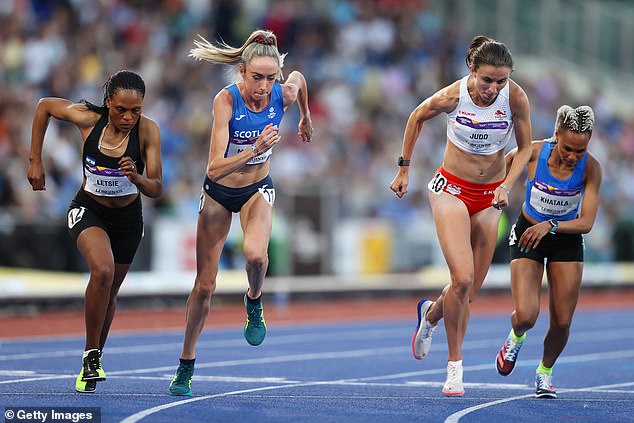 It took him two minutes to finish his heat swim – almost double what it takes the world’s best to cover the distance.

He’d been forced to train in a lake and a hotel swimming pool before the Games, and encountered drama when the only other two competitors in his heat were disqualified.

At one stage Moussambani looked he might not be able to finish the race, but support from the crowd got him to the finish in one of the most memorable efforts of the Olympiad.