By Daniel Matthews For Mailonline

Mikel Arteta insists Arsenal’s summer transfer business is not finished as they prepare to kick-start the new season at Crystal Palace on Friday night.

Arsenal have already added five new signings – at a cost of more than £100million – including Gabriel Jesus and Oleksandr Zinchenko.

Arteta has also shipped out a number of players ahead of the 2022/23 campaign, including goalkeeper Bernd Leno who joined Fulham this week. 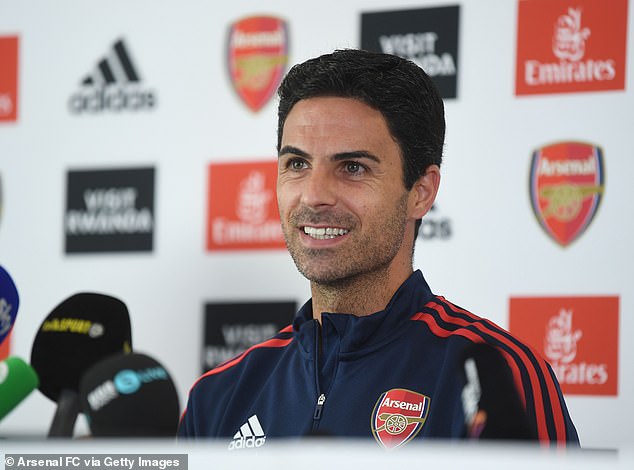 But ahead of Friday’s trip to Selhurst Park, Arteta said: ‘We are really active as you can see with incomings and outgoings.

‘Everything is still open, it’s a long window, a lot has happened, it’s incredible how much business the clubs have done across the Premier League and it shows how competitive it is and this season is not going to stop that.

‘Players are going to have the need to leave, some others to move and everything is open still.’

Arsenal have long been keen on Leicester midfielder Youri Tielemans, while several other fringe players look to be on their way out.

‘It’s always been my team,’ Arteta said. ‘It’s true that obviously we have trimmed the squad and changed the squad massively in the last two windows especially and you feel that now the players we have are more specific and better for the way we want to play.’ 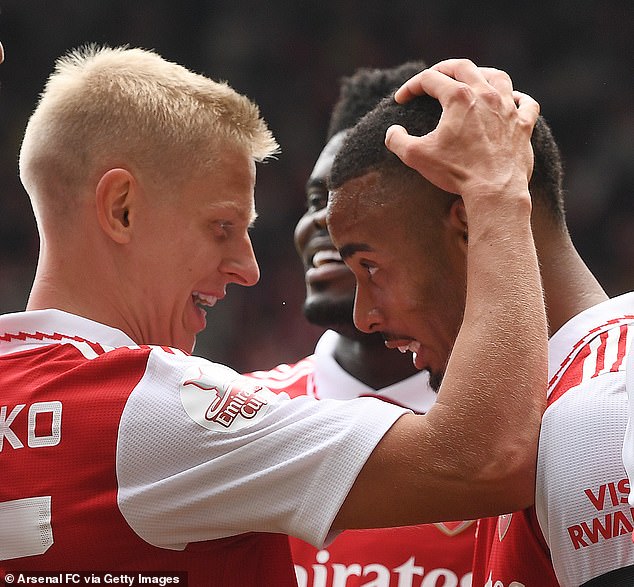 A few face late fitness tests ahead of Friday’s opener against Palace.

‘Three out of four are going to be training this afternoon,’ Arteta revealed.

‘If everything goes well, they will be available for selection and in the squad’

Arteta would not specify which of the four will miss out, though it’s understood Smith Rowe is still not fit. 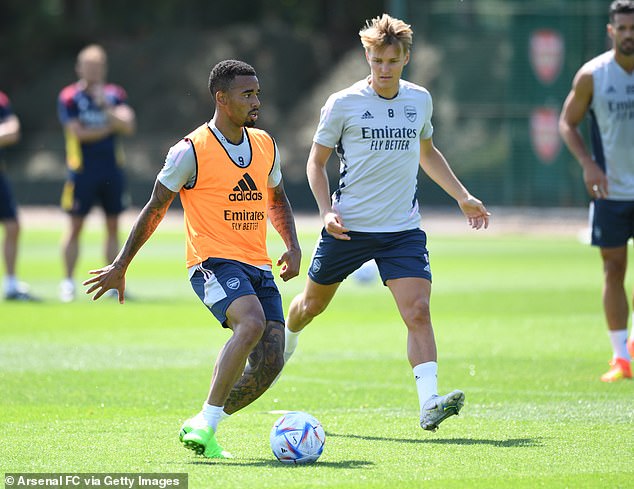 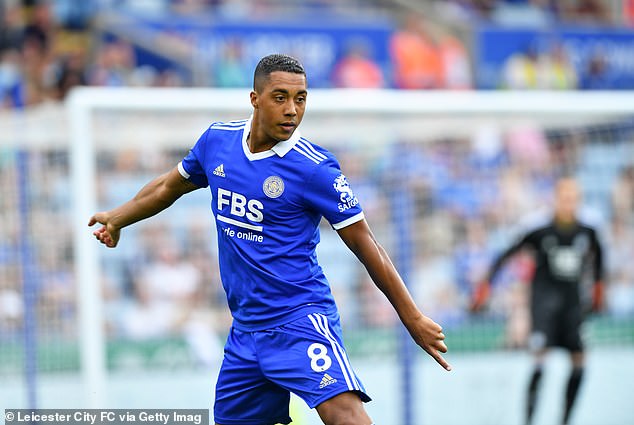 Arsenal are looking to start this season better than the last, when they lost their opening three matches. That miserable run started with defeat by Brentford.

‘It is different (this year),’ Arteta said. ‘Obviously, everything that happened before that game was pretty strange and unique.

‘The preparation, the pre-season that we had, it was a different context.’ Arsenal lost Pierre-Emerick Aubameyang and Alexandre Lacazette to Covid before that match.

We are really excited, we are really looking forward to the new season, we will try to start it in the best possible way.’