Marquise ‘Hollywood’ Brown arrested for criminal speeding in Arizona, as Cardinals speedster was allegedly going at least 20MPH over the limit in Phoenix

According to the AP, criminal speeding in Arizona is defined as anything 20 mph over the speed limit, and is considered a misdemeanor.

Brown’s arrest was confirmed by Arizona Department of Public Safety spokesman Bart Graves. He was arrested at 7:05 a.m. in Phoenix and booked in the Maricopa County Jail. 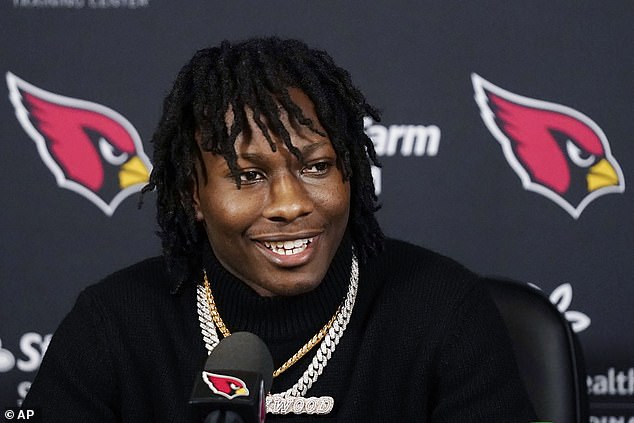 ‘We are aware of the situation regarding Hollywood Brown and have reported it to the NFL office as required,’ the Cardinals said in a statement.

Brown did not participate in practice Wednesday for his new team, who was acquired by Arizona from the Ravens during the NFL Draft.

The Cardinals gave up the 23rd overall pick this year for Brown. 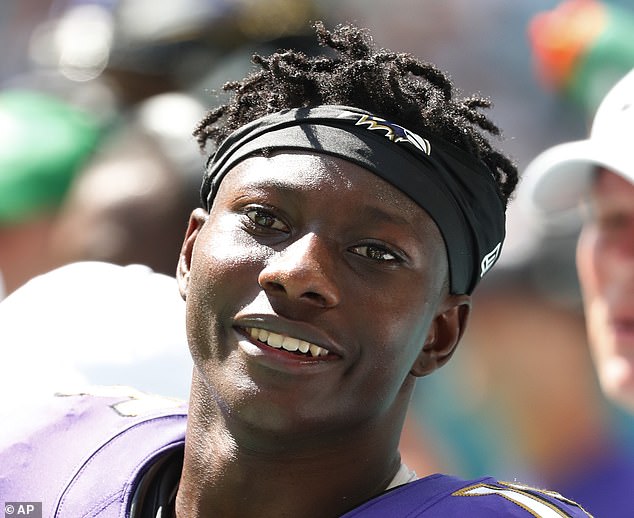 They also received a third-round pick (No. 100 in the draft) in the deal.

Brown joins a Cardinals team that jumped out to a 7-0 record last season before fading to an 11-6 record and losing in the first round of the playoffs to the Rams. They were No. 8 in total yards throughout the regular season.

Assuming the arrest does not affect his availability, Brown will be counted on to play a large role through the first six weeks of the season, as fellow receiver DeAndre Hopkins is suspended for failing a PED test.

Christian Kirk, who had five touchdowns and nearly 1,000 yards for Arizona last year, will also be gone after signing with the Jaguars.