TERRIFIED rollercoaster riders were left stuck in the air for over an hour after the ride malfunctioned.

Pictures show around a dozen visitors stranded hanging more than 50 metres above the ground as temperatures in the theme park soared to 37C.

At least 10 unlucky thrill-seekers were on board the ‘Abismo’ ride at Parque de Atracciones in Spain‘s capital Madrid.

The ride promises adrenalin junkies speeds of at least 105kmph as it twists and turns, plummeting more than 50m (160ft).

But on Wednesday, a technical failure left passengers trapped in the rollercoaster car, pointing vertically upwards at the very top of the ride.

The ride broke down just after 9pm, not long before the park was due to shut for the day. 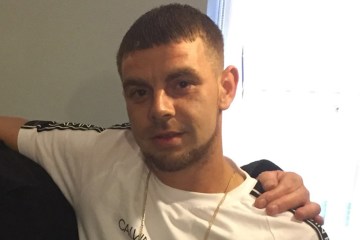 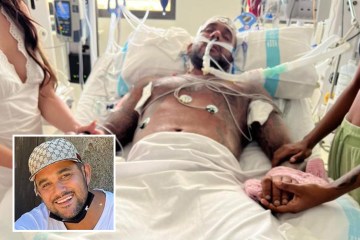 Visitors were unable to move for more than an hour, even as the park closed down around them, according to Spanish News Today.

Eventually, the trapped people were able to be freed and climb down, El Diario reports.

Temperatures in Madrid on Wednesday reached a sweltering 37C.

No injuries were reported, and the emergency services weren’t called, according to Europa Press.

The park opened as normal on Thursday at midday.

‘Abismo’, meaning ‘Abyss’, is promoted on the park’s website as one of the most “exclusive” and “spectacular” rollercoasters of its kind in the world.

It says: “Abismo will draw figures in the air such as corkscrews, hills or inversions, which you will experience from within.

“You will have the greatest impact in the final part of the route since it will ascend again to the tower of the rollercoaster, but on this occasion, it will fall on its back,” the website adds.

Parque de Atracciones has said all its rides are checked daily and have a strict security protocol.

The news comes just weeks after a 14-year-old girl died in a horror rollercoaster accident in Denmark.

Shocked witnesses reported hearing a “loud bang” as the rear carriage of the Cobra thrill ride came off its tracks at Tivoli Friheden in Aarhus, just under 100 miles from the capital Copenhagen.

The park, one of the most popular in Denmark, was evacuated after the crash.