A BRITISH woman was killed and her husband was left in critical condition after a speedboat crash in front of horrified tourists at a Turkish beach resort.

Anna Capuano, 45, died when the small pleasure craft she was riding in collided with a fast-moving sea taxi off Marmaris at around 1.30pm local time.

Rescue teams raced to the scene but found Anna beyond saving after the crash in front of the five-star Elegance Hotel.

Anna’s partner was reported to have been seriously hurt but was “out of danger” in an intensive care unit last night.

Four other people in the sea taxi – the 22-year-old captain and three tourists – suffered less serious injuries and were taken to the resort city’s Ahu hospital.

Shocking pictures on local news sites last night showed the yellow and white death boat with a section of its hull torn open by the force of the impact. 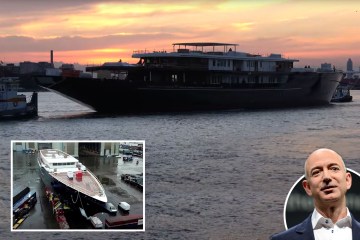 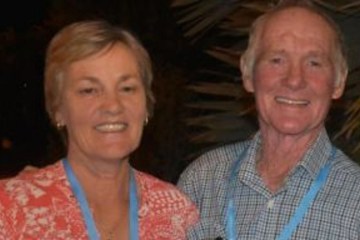 A coast guard source told The Sun: “They were riding on a speed boat when they crashed into a sea taxi travelling to Turunc.

“The husband is in intensive care but will be OK.”

Emergency teams brought the woman’s body and the wounded to a water sports jetty before ambulances ferried them to hospital.

A prosecutor, the police and the coast guard have launched a manslaughter investigation.

A 44-year-old London woman on holiday in Marmaris told The Sun last night: “It was an awful crash and a lot of the people who saw it were wandering around in shock.

“Some of the injured were in a terrible state and the dead lady was brought ashore in a body bag – she clearly had no chance.

“The sea was a bit chaotic with so many speedboats and para-sailing boats roaring around but no one ever expected this.

“There’s was a rumour that one of the drivers wasn’t concentrating and was fixing his hair when the crash happened – but the police aren’t confirming anything.”

Marmaris has become one of the most popular summer getaways for British tourists, lured golden beaches, guaranteed sunshine and the cheap Turkish Lira.