Russell Wilson loses one of his top targets: Denver Broncos receiver Tim Patrick suffers torn ACL after making a catch at training camp before being carted off the field for treatment

Broncos receiver Tim Patrick has reportedly been diagnosed with a torn ACL after being carted off the practice field Tuesday following a non-contact leg injury.

According to reports out of training camp, Patrick completed a leaping catch over cornerback Essang Bassey before going down with the injury, and was not able to put weight on his right leg afterwards. The confirmation of his ACL tear was first reported by 9 News’ Mike Klis.

The entire team reportedly huddled around Patrick as he was loaded onto the cart.

Patrick is the third Broncos WR (Courtland Sutton in 2020, KJ Hamler last year) to suffer an ACL injury in the last three seasons, and Broncos RB Damarea Crockett also announced Tuesday that he had torn his ACL. 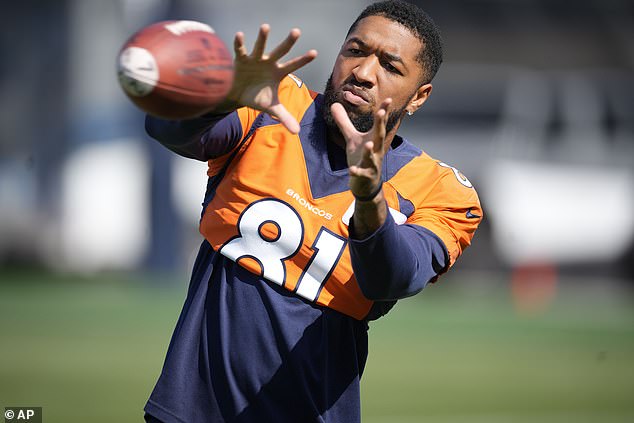 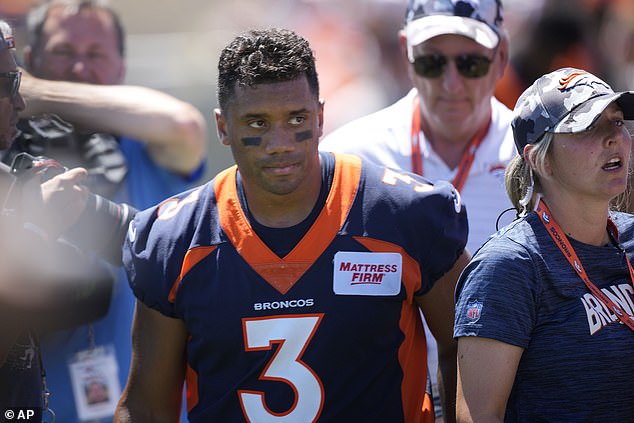 Broncos coach Nathaniel Hackett seemed to be pessimistic on Patrick’s injury after practice.

Patrick’s injury is a significant blow to the team, as the 28-year-old led the team in receiving touchdowns (five) last year and was second in receiving yards (734). 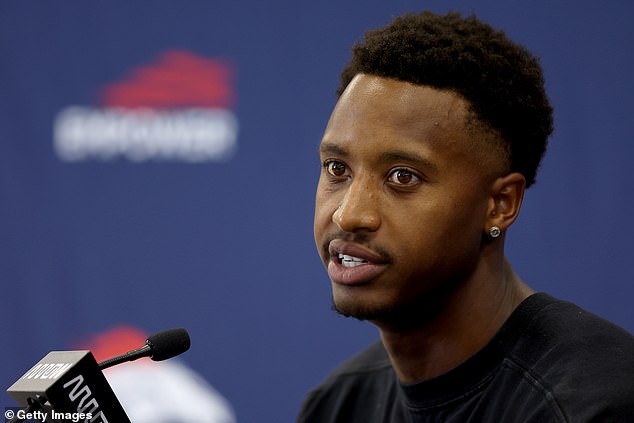 His injury, coupled with the departure of tight end Noah Fant to the Seahawks in the Russell Wilson trade, means the Broncos could struggle to provide the signal-caller with ample receiving targets.

Courtland Sutton, only a few years removed from a 1,112-yard, six-touchdown season, will be counted on as the team’s receiving alpha, while 2020 first-round pick Jerry Jeudy will assume greater responsibility.