IT was billed as a festival of peace and love, but the 1999 revival of Woodstock was anything but.

As temperatures soared to 40C, the three-day festival in Rome, New York, descended into carnage – with baying mobs tearing down stages, setting fire to trailers and looting on-site vendors.

At least five women were raped – with one crowd-surfer reportedly gang-raped in the mosh pit as Limp Bizkit played on stage – amid scenes that one attendee described as “Lord of the f***ing Flies”.

Many more were treated for medical issues as water ran out, toilets overflowed and one man died.

The unfolding chaos is documented in a new Netflix series, Trainwreck: Woodstock ‘99 – available from today – with terrifying footage from the event and interviews with organisers, security staff and festival-goers.

Artists including Brit rocker Gavin Rossdale share their memories and Fatboy Slim reveals he was forced to flee the site after a van was driven into the crowd – before hearing a underage girl was horrifically sexually assaulted during his set. 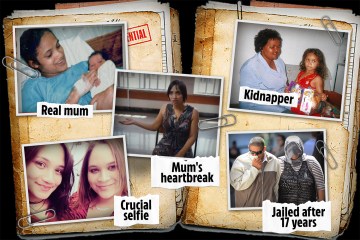 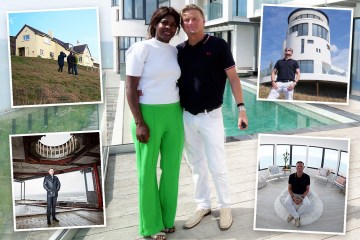 “There are a lot of hazy memories about Woodstock ’99, because many people were under the influence of drugs or drink and because it was 23 years ago,” British director Jamie Crawford tells The Sun.

“But we wanted to offer different perspectives of the same moment – from the guy on the stage, the guy in the crowd, the guy in the medics’ tent – then let the viewers make their own conclusions about what went wrong.”

The 1999 festival was the brainchild of Michael Lang, co-creator of the original Woodstock 30 years earlier, which promoted peace and love in the face of America’s war in Vietnam.

In a pivotal moment in music history, over 400,000 music fans flocked to a 600 acre farm near Woodstock, New York, in 1969, to watch 32 acts including Santana, Janis Joplin and The Who.

Lang was initially against reviving the brand, but was swayed by his teenage kids and the rise in gun crime – including Columbine shooting in April 1999 in which 12 students and one teacher died.

“I wanted to give that generation an idea of what Woodstock was about, which was counter culture, peace, love and music,” he says.

Following a disastrous revival for the 25th anniversary – when over 150,000 people had broken through fences – Lang and fellow promoter John Scher chose the disused Griffis Airforce Base, surrounded by an 8ft wall, to ensure only ticket holders could enter.

Over 200,000 kids, many underage, paid £125 for the sellout event – the equivalent of £200 today – and an air of debauchery set in almost as soon as they arrived, with drugs, drink and nudity widespread.

“Seeing so many women get naked and have a good time was very liberating,” says festival-goer Sara. “It was this free moment for everybody to be who they wanted to be.”

Overflowing loos and no water

But problems began to surface early on in the weekend.

Despite the scorching heat, security guards confiscated water bottles and vendors, who had a free reign to set prices, charged £4 for a bottle of water that would normally cost 40p.

Queues for the free water fountains stretched to half an hour and, due to cost-cutting, structures to provide shade were never built. By Saturday, over 1,000 people were treated for heatstroke.

Toilets were overflowing, with one partygoer commenting they were the “nastiest thing I’ve ever seen in my whole life… it’s all over the floor. It’s disgusting.”

Heather, who was 14, described the atmosphere as “very male, chest-beating, white, college boys getting drunk and saying ‘show me your t**s’.”

“By mid-afternooon the crowd felt like they could do what they wanted without and fear of consequences,” says crew member Colin Spier. “Large groups of dudes were surrounding women chanting in their faces to take bikini tops off.”

‘Blood on the floor’

When Limp Bizkit took to the stage, at 7pm, singer Fred Durst took the atmosphere up several notches, telling the crowd: “This is one of them days when everything is f***ed and you wanna break some sh**” before launching into the incendiary Break Stuff

“If you saw the tension that was building up it was like a hand grenade,” says security guard Kyle. “During Break Stuff that hand grenade exploded.”

The crowd began to break barriers, throw bottles and staff members had to be rescued from the sound tower they attempted to topple.

“I saw a girl hit on the head with glass bottle, I followed her to the medical tent and what I saw there was shocking,” says reporter David Braunsten.

“I saw blood on the floor, people getting staples in their head, people on drips. Some bodies looked lifeless.”

Scher blamed “jerk” Durst for the chaos, saying he was “riling up the crowd.”

Durst’s voice is missing from the docu-series, despite attempts by Jamie to get him involved,

“If there was one interview that I would love to have, it was Fred Durst,” he says. “He got a lot of stick after the event but, as a security guard says in the film, ‘you can’t blame a bear for being a bear.’

Fatboy Slim’s DJ set followed Limp Bizkit and over 100,000 tried to cram into the Rave Hangar.

Contributors described seeing people on all fours and lined up against the wall, having sex, while others were banging their head on the floors, high on drugs.

The Brit star – AKA Norman Smith – remembers seeing a van, commandeered by festival-goers, making its way through the crowd ‘like a floating dance podium’ with 20 revellers on top.

“People told me ‘it’s a bit chaotic out there’ but no one had told me there had been any damage, or any violence,” he says.

“People started throwing things at me. That was literally the moment everything started to look a little less fun.

“All my crew and people from my record company are really rattled. Sh**’s kicking off and it’s not safe.

“I did exactly as I was told and ran. We drove straight to an airport and fled.”

After hearing rumours that there was a machete on the van, production manager A.J Srybnik opened the side door.

“Lying on the floor was a girl of about 15, shirt pulled up over her breasts, pants down around her ankles,” he says.

“She was passed out and a guy in the back with her was putting his shorts back on. I was floored.

“She went away in an ambulance. This wasn’t Woodstock, It was chaos.”

Fatboy Slim was unaware of the alleged rape until the filmmakers told him.

“It’s hideous to think in the midst of all those people having fun and me wanting to make everybody love each other, that was going on under our noses,” he says.

Jamie says the British star was surprised and upset by the story.

“He told me he was back home in Brighton and turned on the BBC news to see his caravan burning to the ground,” he adds.

Scher told reporters the bad behaviour was down to “50 knuckleheads”, but conditions in the camp had reached a new low by Sunday morning.

“It was like a refugee camp. It looked like tent city, garbage everywhere and it was disgusting,” says Heather.

“It smelt so bad. There was nowhere to wash because the shower line was so long and people smashed the pipes, so it was just like a river – a mixture of water and the run off from the porta-loos. Most people didn’t realise it was s**t-mud.”

The few working taps were running brown and samples taken by a health inspector were all contaminated with faeces. Greedy vendors began charging up to £10 for bottled water.

“I woke up on Sunday morning and I had a very sore throat, cold sores all over my lips, ulcers all over my tongue and my mouth,” says Sara. “I can’t eat. I can’t drink. I can hardly talk. I later found out I had trench mouth from drinking unsanitary water.”

As the final act, the Red Hot Chili Peppers came on – with guitarist Flea completely naked – Lang decided to hand out 100,000 candles to end the festival with a candlelit vigil against gun violence.

“To give flames to 100,000 kids who have been treated like animals for three days was not a smart move,” says assistant site manager, Lee Rosenblatt.

Fires broke out all over the site and, incredibly, the band responded with a cover of the Jimi Hendrix hit, Fire.

The fire department refused to attend because they were afraid of being attacked and, as flames came close to the main stage, the set was stopped.

As video footage of Hendrix from the original Woodstock signalled the end, the disappointed crowd began to riot, tearing down stages and sound towers and throwing them into the flames.

“I could see people infected with this angry mob mentality,” says Heather. “People who wouldn’t do this in their normal life gave their all to mass destruction. It just spread like wildfire.”

The chanting crowd surged towards the vendor village where they began looting stock, stealing CDs and smashing ATMs.

Terrified production staff barricaded themselves in the offices as the burning artists’ trailers exploded, one by one.

Riot police were called in and eventually managed to disperse the crowd but the damage was extensive,

Lang and Scher continued to deny responsibility, blaming the violence on a “lunatic fringe.”

David Braunsten disagrees, saying: “Anyone who saw the footage could see there were thousands of kids, rioting looting, damaging property and setting fires.”

But the fallout continued long after the mammoth clean-up.

David DeRosia, 24, who collapsed in the mosh pit during the Metallica performance with a body temperature of 42 degrees, died in hospital two days later from hyperthermia and heat stroke.

Five rapes were investigated by police, as well as several sexual assaults.

“The whole weekend there was a lack of respect – from the promoters to us, from the attendees to the grounds, of men to women, so there was a lot of anger and hostility building up,” says Heather.

But John Scher denies lack of security and bad organisation were part of the problem.

“It was like a small city and in any city there are probably as many rapes,” he says. “I’m not condoning it. It was wrong. It was horrible.

“But there were 200,000 people there and it wasn’t something that caused any onsite issues, other than to the women it happened to.”

Michael Lang – who died three months after the documentary was shot – played down the disastrous event to the end, saying: “There were an element of a**holes in the crowd but you can’t vet the people that buy the tickets.”

Jamie believes a combination of factors were to blame for the descent into chaos.

“It was a perfect storm of bad decisions, hot weather, lots of misfortune and a cocktail of ingredients that came together to bring it all tumbling down,” he says.

Trainwreck: Woodstock ‘99 is available on Netflix from today