Aussie pole vault sensation Nina Kennedy has taken out Commonwealth Games gold after an audacious decision that led commentators to cry ‘she didn’t need to make it that tough’.

Fresh off third place at the World Championships a fortnight ago, Kennedy cleared 4.60m to win gold ahead of Molly Caudery from England, who claimed the silver on countback ahead of Kiwi Imogen Ayris after both cleared 4.45m.

It was an utterly dominant display from the 25-year-old, who was left devastated after bombing out in qualifying at the Tokyo Olympics last year. 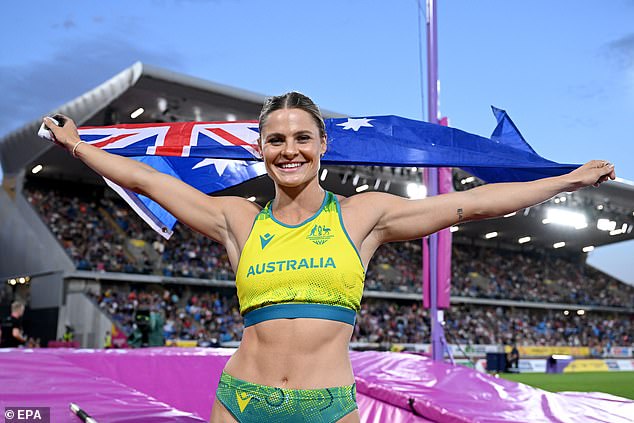 ‘I am so proud of myself. I was mentally quite flat after the world championships,’ Kennedy said after her win.

‘I’d done such a great job and then to come here and repeat such a big effort was hard.’

Canadian Alysha Newman, the 2018 gold medallist, was forced to pull out early in Tuesday’s final due to a leg injury.

With Olympics bronze medallist Holly Bradshaw from England also a last-minute withdrawal due to injuries suffered when she snapped her pole mid-vault in Eugene, there was no-one left in the field with a personal best anywhere near Kennedy’s 4.82m. 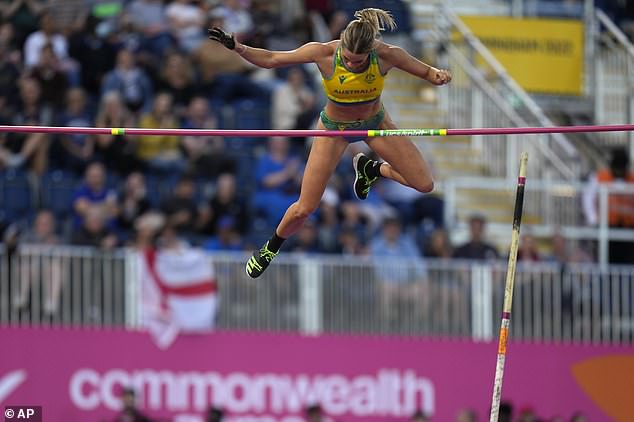 Nina Kennedy clears 4.60m to win the gold medal in the women’s pole vault at the Commonwealth Games in Birmingham

So confident was Kennedy that she passed on attempting 4.50m, then 4.55, when any clearance at that height would have been good enough for gold.

‘I don’t like it … It was unnecessary pressure. She didn’t need to make it that tough,’ he said on the broadcast.

To the delight of the crowd, Kennedy defied tricky windy conditions to then have three unsuccessful cracks at what would have been a new Commonwealth record of 4.76m.

Many fans were perplexed as to why Kennedy’s right hand was jet black during the event, but there’s quite a simple explanation for the bizarre look.

Pole vaulters use a variety of different methods to improve the grip on their poles – with black cloth friction tape one of the most common.

Many then add either lighter fluid, chalk or adhesive spray on top of the tape to improve the grip even more.

It’s something pole vaulters have been using for well over 70 years – and no doubt a Commonwealth, Olympic and world championship gold medal would help having to deal with a sticky black hand for a few hours. 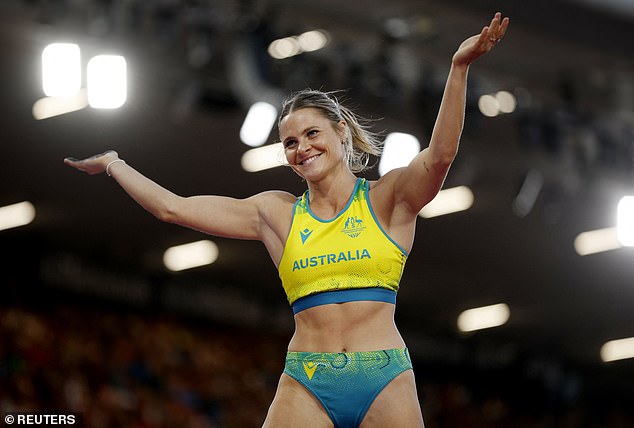 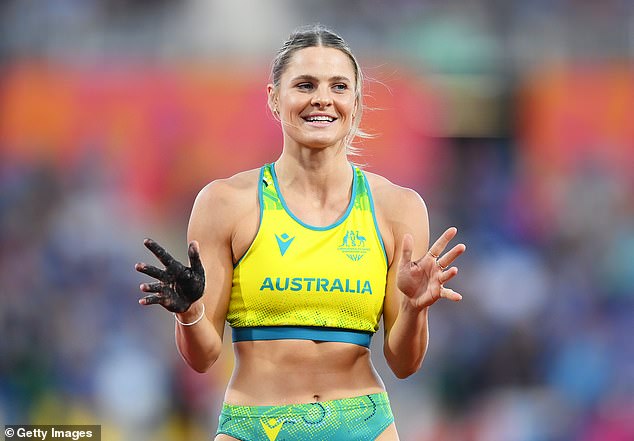 Nina Kennedy’s right hand was jet black throughout the event 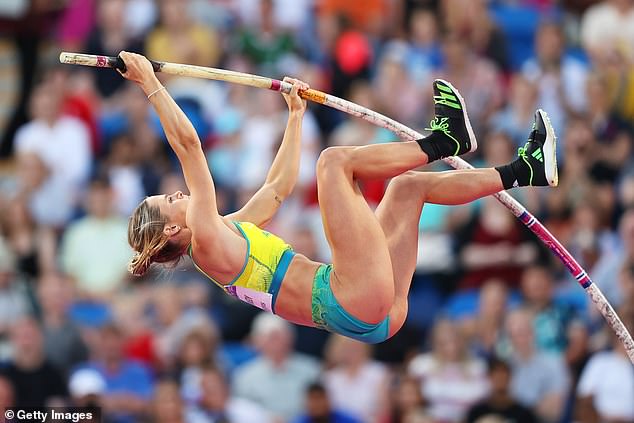 ‘Pole vault is a really interesting sport like that. You can play some mind games and some tactics, passing and what not,’ she said of the decision to skip 4.50m.

‘Just from Tokyo, this time last year I was at the bottom of my whole career, so to come third in the whole world and first in the Commonwealth is incredible.’

Australians have now won the women’s pole vault on six of the seven occasions it has been contested at Commonwealth level – a sequence broken only when Canadian Alysha Newman saluted four years ago on the Gold Coast.

The women’s pole vault event was first introduced at Commonwealth Games level for the 1998 Games in Kuala Lumpur, Malaysia.

Ayman al-Zawahiri: US warns of possible retaliation over al-Qaeda death