A real-life boxing battle royale has taken place in Russia over the weekend with an insane 600 versus 600 brawl held on a field just outside Moscow.

The event was called Walk the Field and was a tribute to Ivan the Terrible and his victory at the Battle of Molodi 450 years prior.

It is also believed to be a world record for the most combatants fighting at the same time. 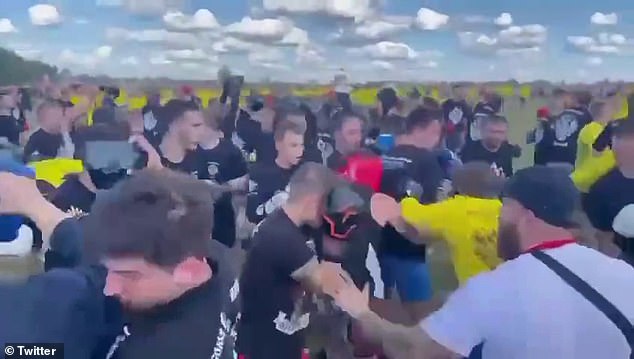 Photographers scrambled to get out of the way as two walls of men, one dressed in yellow and the other in black, marched toward each other.

Then it was on for young and old for around 30 furious seconds.

‘600 men in black shirts charge into 600 men in yellow shirts. Absolute goonery then ensues, with men wailing on each other from all angles,’ fighting website Bloody Elbow posted.

There didn’t appear to be any real rules, although the combatants did wear gloves and and some had put on protective headgear.

Most of them stuck to boxing, so it appeared kick-boxing and MMA moves were not permitted, but there weren’t a lot of referees to control the chaos.

While some people just ambled in and half-heartedly threw punches just to be involved, others didn’t hold back.

‘Pay attention to the right side of the screen, one dude in black breaks ranks and just starts handing out naps to people. What a chad,’ one Reddit user posted after watching the carnage. 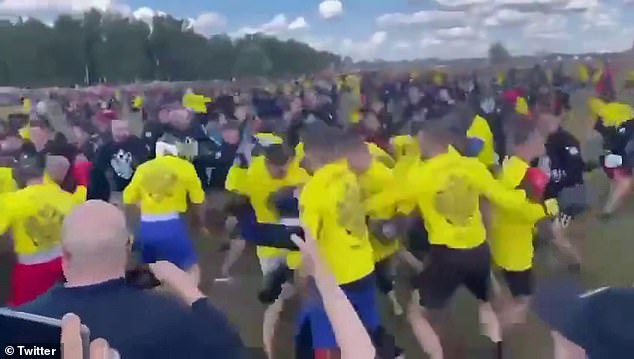 ‘That’s nothing. Before they all meet in the middle there’s a guy in yellow who goes it alone about 30 yards in front of the rest of his yellow team,’ posted another.

So why would 1200 Russians punch on to honour Ivan the Terrible and the Battle of Molodi?

The notorious tsar earned his moniker for being ‘powerful’ and ‘formidable’ but after he betrayal of his great friend Prince Kurbsky and the death of his wife Anastasia in 1560, he became the tyrant the world knows of today.

He divided Moscow into two provinces, one for the rich and one for the rest. Then he created the terrifying Oprichnina political police, who would torture and degrade those people for fun. 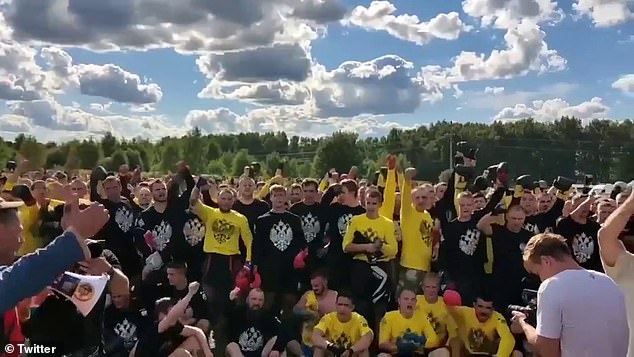 The Battle of Molodi is regarded as one of his biggest military accomplishments and also one of his most forgotten or under-recognised victories, in the view of many Russians.

In 1572 Russia was involved in the Livonian War involving Norway, Sweden, Poland and Lithuania. With their resources stretched, the Crimean Khanate sensed an opportunity to invade Moscow from the south.

Around 25,000 Russians held off 40,000 invading Crimean Khanate to save the city, which is why the battle has been honoured in this bizarre and violent way.

Keke Palmer's Sister Revealed as Contestant on 'Claim to Fame'