Kaylee McKeown has given her sister Taylor the middle finger after winning silver in the 200m medley at the Commonwealth Games on Tuesday morning.

The Aussie superstar was backing up just 40 minutes after winning gold in the 200m backstroke and couldn’t quite reel in 15-year-old Canadian sensation Summer McIntosh in the gruelling event.

It led to some gentle ribbing from Taylor, a fellow swimmer who is also competing in Birmingham.

In response to Taylor’s ‘try harder’ jibe, McKeown lightheartedly flipped her sister the bird in a moment that was captured on camera. 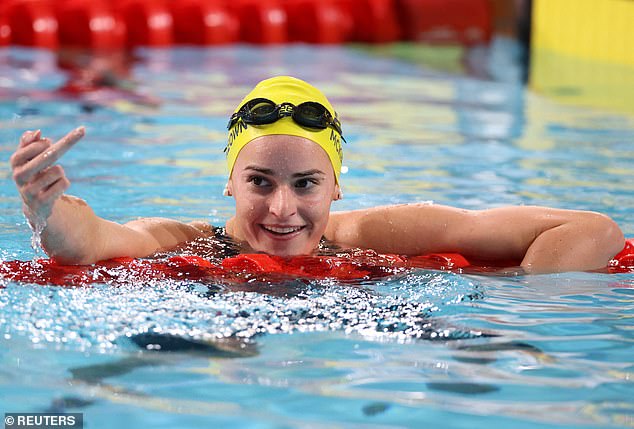 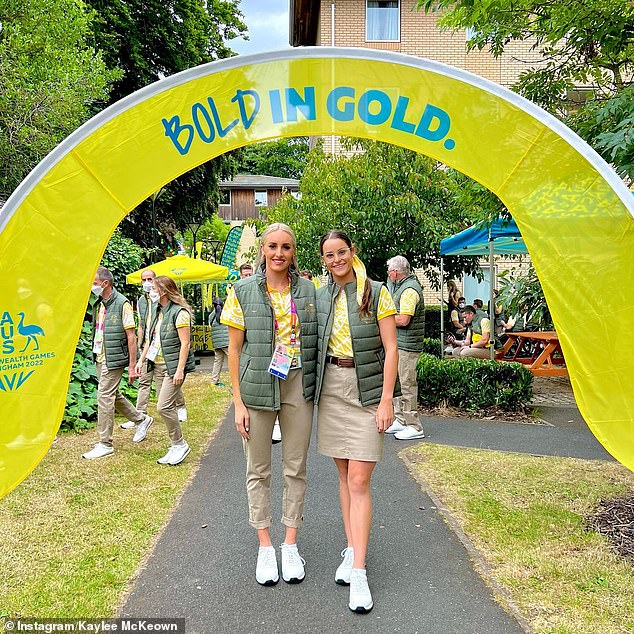 Her silver in the 200m individual on Tuesday morning takes her medal haul to three, after winning gold in the 100m and 200m backstroke.

The 21-year-old still has two races to add to her collection, and has qualified fastest for Wednesday morning’s (AEST) 100m freestyle final that will also feature fellow Aussies Shayna Jack and Mollie O’Callaghan.

She’ll also race in the 50m backstroke final at 4.50am AEST. 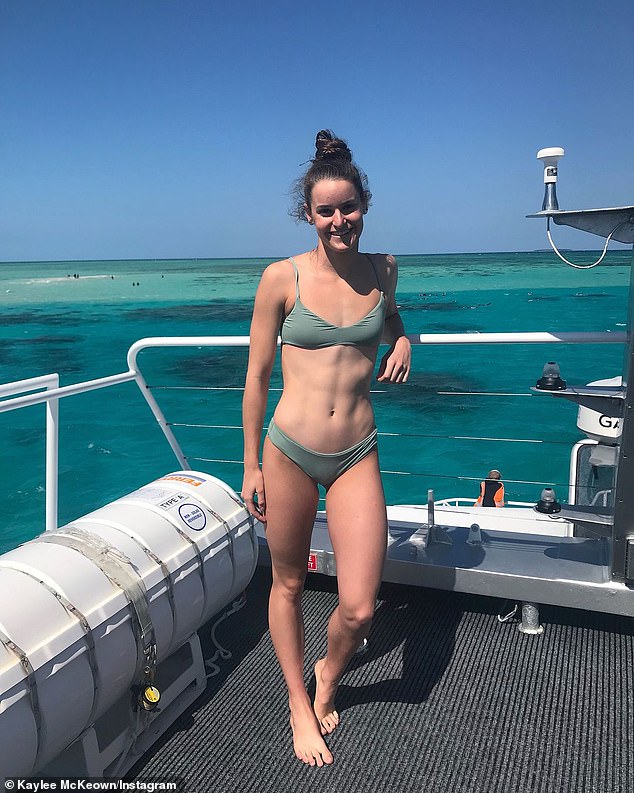 ‘She the one that gets in and does all the hard work, we’ve just got to sit on the sidelines and cheer for her’

Kaylee McKeown’s proud mum Sharon joined Sunrise from the pool deck in Birmingham after the Aussie swim star took out gold in the 200m backstroke at the Comm Games. pic.twitter.com/Cgf2WWt4QU

‘It is so nerve-wracking, but she is the one that gets in an does the hard work – we just have to sit on the sidelines and cheer for her,’ Sharon told Sunrise host Natalie Barr.

‘She gets very stressed. Very nervous. She does get nervous, but we try to help her chill out, but sometimes we just need to let her go and do her own thing.

‘Not many 21-year-old can say they have three gold medals from the Olympics and another two from the Commonwealth Games tonight. A silver as well. Still a few to go, so we will see how she goes.’ 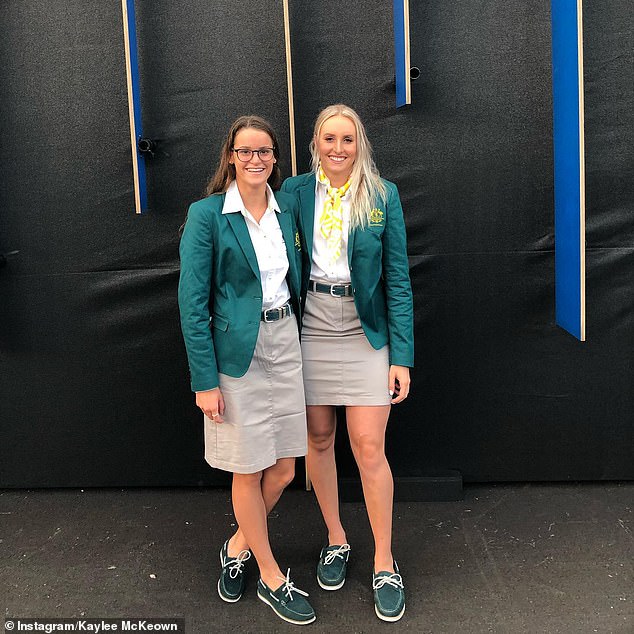 McKeown is no stranger to entertaining post-race celebrations.

After her incredible triple gold medal haul at the Tokyo Olympics last year, she famously dropped the f-bomb in a live interview after winning the 100m backstroke.

The effervescent Queenslander was emotional after her father Sholto died less than a year before, and at the time received a bit of gentle ribbing from her mother for swearing on live TV in front of the entire nation. 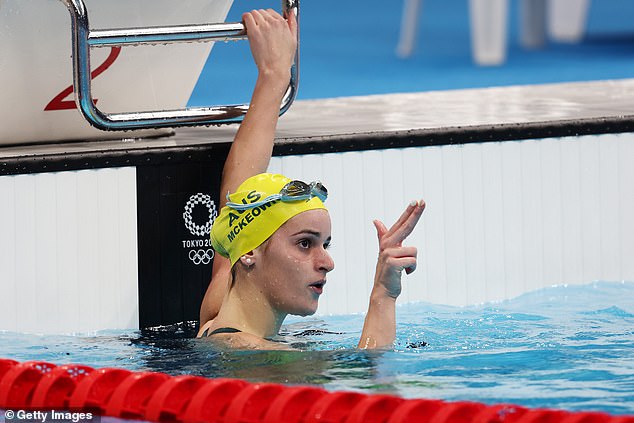 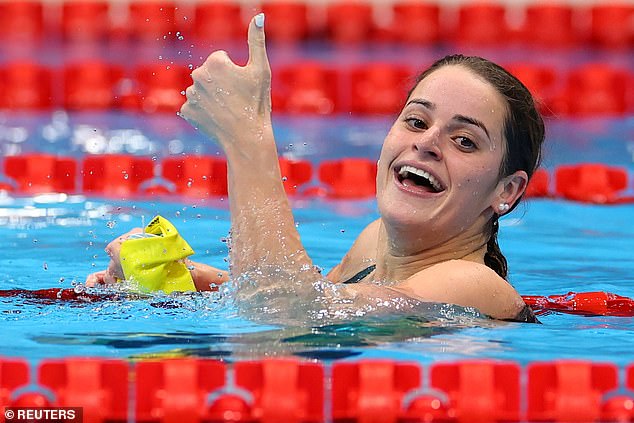 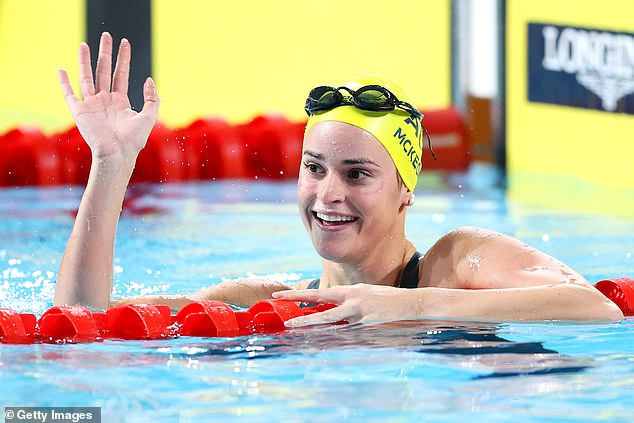 McKeown’s celebration after winning gold in the 100m backstroke after the Commonwealth Games on day three was a little calmer, waving to the crowd

McKeown’s sister Taylor, who is six years older, took to Instagram on Tuesday to announce her retirement from swimming after first representing Australia in 2013.

She won gold in the 200m breaststroke at the 2014 Commonwealth Games in Glasgow, and nabbed a silver medal at the 2016 Olympics in Rio alongside Emily Seebohm, Emma McKeon and Cate Campbell.

It’s a swimming resume to be very proud of after suffering from a number of injuries during her career. 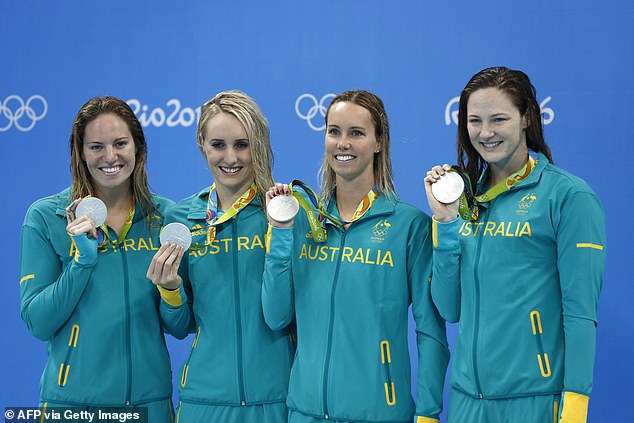 ‘My last Commonwealth Games and last swim, ever! What a way to wrap up my swimming career than competing in my 3rd Commonwealth Games … the Australian team has been epic to be a part of and has given me many lifelong memories,’ Taylor McKeown wrote in a retirement post on Instagram.

‘I’ve accomplished everything I’ve ever wanted to in my swimming career, and always took pride in my ability to train bloody hard and never give up.

‘I’m so full of gratitude, happiness and excitement for what lies ahead. Thank you all. Time for me to sashay away,’ wrote McKeown. 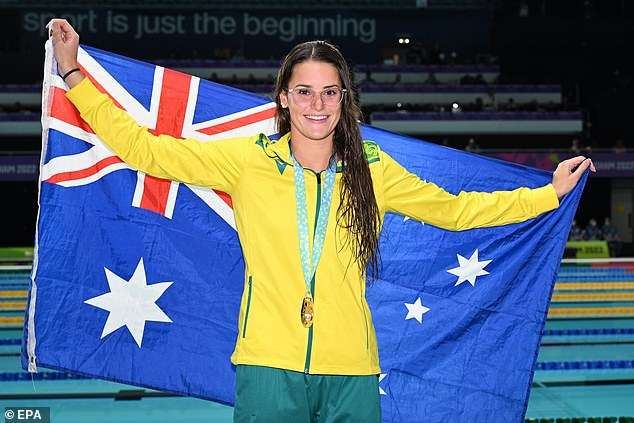 At just 21, Kaylee McKeown is nowhere near finished with her career in the pool.

The superstar has her sights set on a jam-packed schedule at the Paris Olympics in two years time that will no doubt yield another bumper medal haul.