The Cleveland Browns quarterback was handed the six-game ban and escaped a fine Monday.

His punishment was labeled a ‘joke’ by several Twitter users while others decided to draw comparisons with the case of Atlanta Falcons star Calvin Ridley.

The wide receiver was suspended for the entire 2022 season by the NFL for gambling $1,500 on league games.

One user on social media wrote: ‘Six games (crying face emoji) what a complete joke,’ while another added: ‘Only six games? That’s barely more than Tom Brady got for deflating footballs. Absolute joke.’ 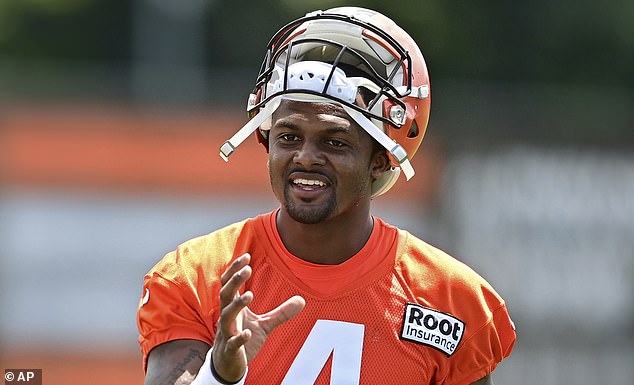 ‘What a joke only six games,’ another Twitter user added Monday morning.

Other users were left baffled after Ridley was banned in March for betting on league games during his sabbatical from football last year.

‘Ridiculous… Riley gets suspended a whole year for $1,500 bucks and this guy gets six games,’ a Tweet read.

Another added: ‘Calvin Ridley got more for betting on a game he wasn’t playing in,’ with many saying ‘Free Calvin Ridley.’

Others compared Watson’s ban to Falcons star Calvin Ridley being suspended for the whole SEASON for placing a $1,500 bet

The alleged incidents took place over a five-day period while Ridley was away from the team last November, according to the NFL.

The league’s investigation did not find any evidence that the 27-year-old used insider information or that any games were compromised, nor was there any indication that Falcons coaches, staffers or players were aware of Ridley’s gambling.

Ridley did admit to betting $1,500, but claimed on Twitter that he wasn’t even watching football at the time of the alleged violation.

The Florida native announced in October of 2021 that he was stepping away from football to focus on his mental health, and had not yet returned to the team.

Watson’s suspension, given by an independent arbitrator, was revealed after he reached settlements with three more accusers, leaving him facing just one last lawsuit after being sued by 25 women, one of whom dropped her case. Specific dollar figures for the 23 settlements have not been revealed. 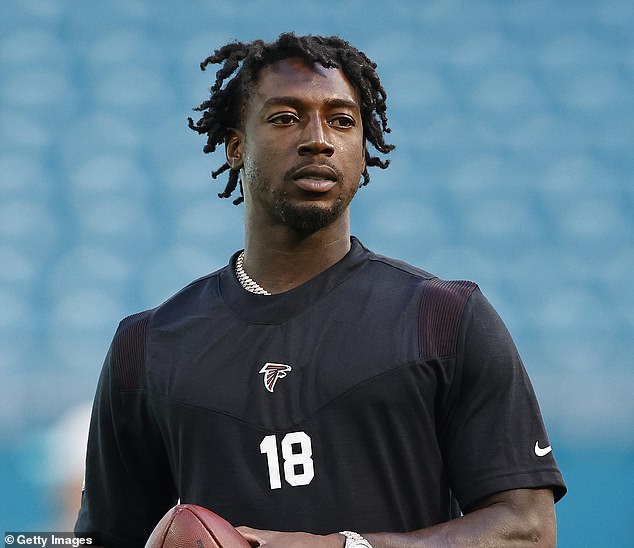 Ridley did admit to betting $1,500, but claims he wasn’t even watching football at the time of the alleged violation

The 26-year-old quarterback is accused of sexually assaulting and harassing female massage therapists in the Houston area between 2019 and 2021, when he was a member of the Texans.

The settlements were announced by Houston attorney Tony Buzbee, who has represented all 25 plaintiffs, including one woman who has dropped her lawsuit against Watson. 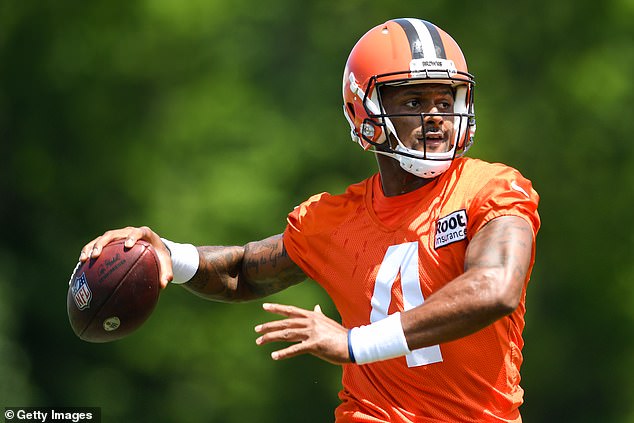 Although he has now settled 23 of the 24 lawsuits, Watson has denied any wrongdoing

Watson has specifically been accused of forcing two women to perform oral sex on him, ejaculating on three women, and forcibly kissing another, while 18 women say he touched them with his penis during massages, according to court files reviewed by DailyMail.com.

Previously, in July, the Texans reached confidential settlements with 30 women who made allegations against Watson, including accusers who did not file lawsuits against him. Texans never issued a denial.

The NFL and the players’ union have three days to appeal the decision by disciplinary officer Sue L. Robinson, a former federal judge, but that process would be handled by league commissioner Roger Goodell or someone appointed by him.

McKinney Fire: 2 dead in the state's largest blaze this year