England captain Leah Williamson has revealed that Prince William initiated their hug before she was handed the trophy following Sunday’s Euro 2022 final at Wembley.

Williamson and her fellow Lionesses beat Germany 2-1 to win the tournament in what was a landmark day for women’s football in this country.

Asked about the hug, and what was said, Williamson revealed: ‘I think I went to shake his hand and he said, ‘Leah, bring it in’ and I said, ‘Thank you sir’. He was like, ‘I’m very proud of you all’.’ 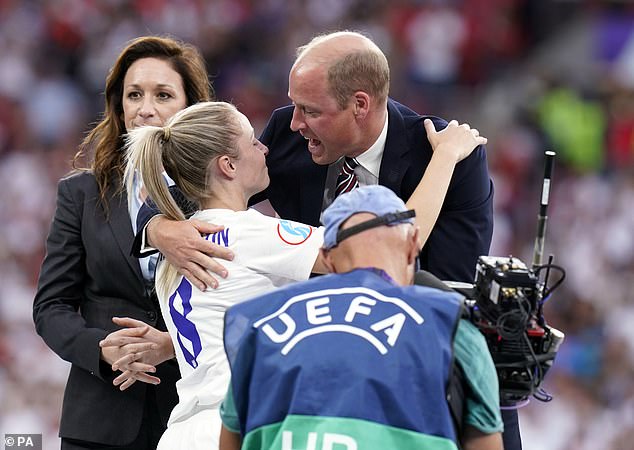 Williamson was also thrilled to receive such a heartfelt message of congratulations from the Queen, adding: ‘I’m a big fan of the royal family so it means a lot.’

Williamson, who was only given the armband by manager Sarina Wiegman in April, could not hold back her emotion after the Lionesses’ extra-time victory over Germany. 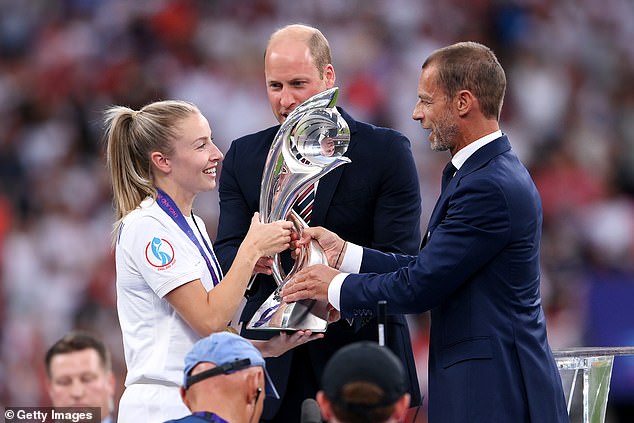 ‘It is the proudest moment of my life. I am taking everything in, every piece of advice I had was to take every single second in, so I can relive it for ever. I’ll be reliving that for a long time.

The Best 22 Luxury Beauty Products You Can Get On Amazon: Elemis, Foreo, Laneige, and More