AL QAEDA’S leader has been killed in a US drone strike, the Biden administration has announced.

Ayman Al-Zawahiri, 71, who founded the terror group behind the 2001 attacks on the World Trade Center and Pentagon, was taken out in a strike on the Afghan capital Kabul.

Known as ‘The Doctor’ or ‘Doctor Death’, Al-Zawahiri was believed to have masterminded the 1998 bombings of US embassies in Tanzania and Kenya and was on the FBI‘s most wanted list.

The Al Qaeda chief, who took over from Osama bin Laden after he was killed in 2011, had a $25m bounty on his head.

A senior Biden official said in a state that the Egyptian-born terrorist was killed over the weekend in a “counterterrorism operation against a significant Al Qaeda target in Afghanistan”.

They added that “the operation was successful and there were no civilian casualties”. 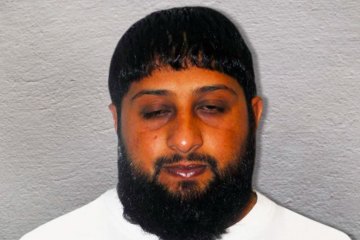 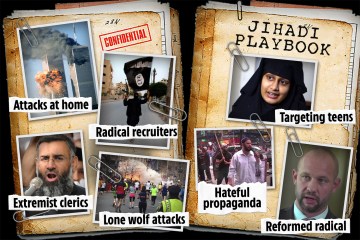 President Biden is due to hold a press conference at 7.30pm Washington time (12.30am Tuesday BST) to discuss the “successful counterterrorism operation,” according to White House reporter for Real Clear News Philip Wegmann.

He will speak from the balcony off the White House Blue Room as he remains in isolation following his testing positive for Covid-19 again over the weekend just weeks after getting the all clear.

Al-Zawahiri took over from bin Laden in June 2011, a month after the terror leader was shot and killed by US forces at his compound in Abbottabad, Pakistan.

It comes just under a year after Al-Zawahiri’s last public appearance in a sick video on the 20th anniversary of the 9/11 attacks, following reports he had died in 2020.

In the propaganda video, the jihadist praised the US exit from Afghanistan, although made no mention of the country’s takeover by the Taliban.

Just last month, the United Nations reported that Al-Zawahiri was “alive” and “communicating freely”, following speculation about his health.

“Member States note that al-Zawahiri’s apparent increased comfort and ability to communicate has coincided with the Taliban’s takeover of Afghanistan and the consolidation of power of key [Al Qaeda] allies within their de facto administration,” the UN’s Analytical Support and Sanctions Monitoring Team said in its report.

The last American troops pulled out of Afghanistan on August 31 last year, with the once-defeated Taliban quickly overpowering the Afghan army to seize control of the country again.

However, President Biden insisted at the time that the US would still be able to fight terrorism in Afghanistan without having troops on the ground.

“We will maintain the fight against terrorism in Afghanistan and other countries,” he said. “We just don’t need to fight a ground war to do it.”

The operation was successful and there were no civilian casualties

In an apparent foreshadowing of last weekend’s drone strike, he added: “We have what’s called over-the-horizon capabilities, which means we can strike terrorists and targets without American boots on the ground – or very few if needed.”

The Taliban has responded to news of the drone strike, condemning the attack and branding it “a clear violation of international principles”.

Former US Vice President Dick Cheney served under President George W Bush during the 2001 attacks and following ‘War on Terror’.

He told Fox News Digital in response to the news: “It’s good that we got him, I’ve been out of the business for many years, so I am waiting to learn all the facts.”

Last month, the UN’s report gave some insight into who could be poised to take over from Al-Zawahiri as head of Al Qaeda.

His second-in-command is Saif al Adel, 62, a longtime Al Qaeda leader and veteran who is also believed to have planned the 1998 embassy bombings.

Al Adel – a former Egyptian army colonel and explosives expert who once sheltered in Iran alongside other key jihadists – is now also believed to be in Afghanistan.

The native Moroccan, believed to be around 51 or 52, has served in a number of senior roles within Al Qaeda and was described by the US State Department as the “longtime director” of Al Qaeda’s media wing As Sahab.

He has also been the group’s “general manager” in Afghanistan and Pakistan for the past 10 years.

Next in line are Yazib Mebrak, Al Qaeda’s emir in North Africa, and Ahmed Diriye, leader of Shabaab, the East African branch of the terror group.

The Taliban’s takeover of Afghanistan has provided new opportunities for Al Qaeda and other Islamist terror groups to grow and regroup, while they plot fresh attacks on the West, Long War Journal reports.

Lindsie Chrisley Clarifies Why She and Dad Todd Chrisley Reconciled

Guy Reffitt: Capitol rioter turned in by son gets 87 months in prison