By Riath Al-Samarrai for the Daily Mail

The morning after a dark night of the soul, Adam Peaty was back in the water and warning those around him to be wary of a big beast with a sore paw and a wounded ego.

It’s an unfamiliar spot for one of the most dominant figures in British sport, who will on Tuesday evening attempt to upgrade his Commonwealth Games campaign from an exercise in devastation to something more passable. 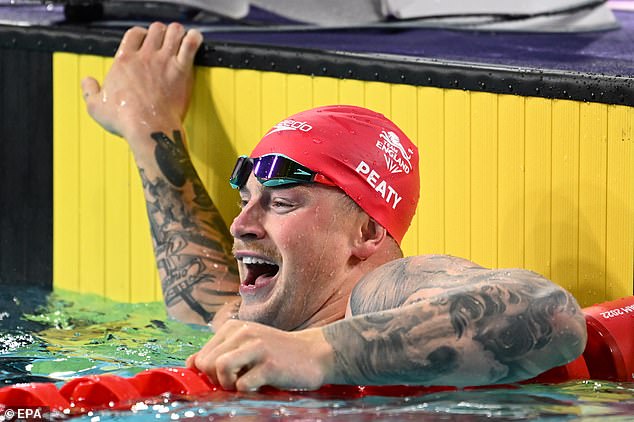 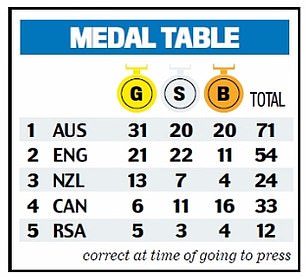 His chance will come in the 50m breaststroke final, for which he qualified second fastest after returning to the scene where it all went so wrong.

That he had only two hours’ sleep before charging through the heats and semi-finals will tell you how he felt about his first 100m defeat in eight years, and just how much it would sting if he were to be hit by a second such bus two days apart.

Nothing about his semi-final win, in a quick 27.03sec, hinted that such an outcome is more likely than not, though it will be lost on no one that Sam Williamson, the Australian in the second semi, actually went quicker at 27.01sec.

Ordinarily, few would expect those numbers to have any bearing on a head-to-head against Britain’s three-time Olympic champion, but these are not ordinary times for the 27-year-old. 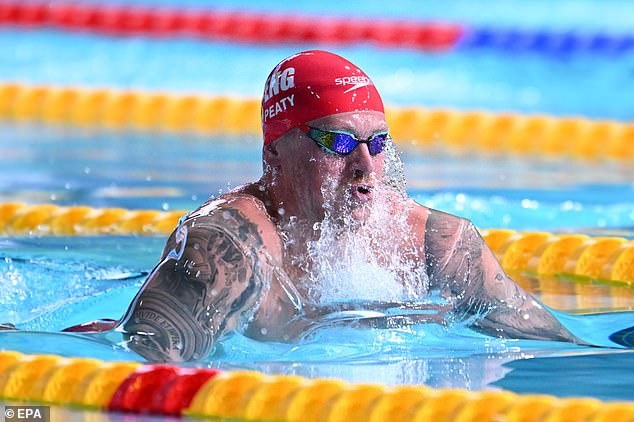 Plainly the uncertainties of this scenario are drawn from the broken foot he sustained 10 weeks ago, which in turn left him well short of endurance for the 100m after only one month of proper training.

The question now is whether he has enough gas to respond to that fourth-placed finish by taking 50m gold, and indeed is he in the right place mentally as well as physically to do so? To judge from his fascinating comments on Monday, it is unusually hard to tell, given he switched between fighting talk of lions to a revelation that he hadn’t bothered to properly warm-up prior to his heats.

That extended to a confession that he is once again unsure of his ‘love’ for the sport.

‘It was a devastating night for me,’ he said between his heats and semi-finals. 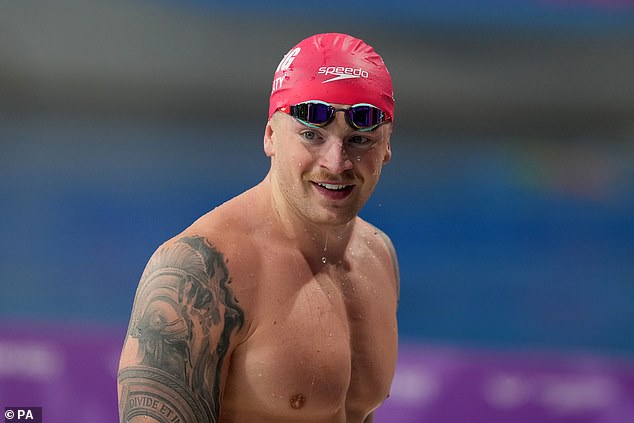 ‘I just couldn’t switch off (after the 100m final) because when you’re in defence mode, you’re asking yourself what’s gone wrong. That’s who I am. I don’t come here for fourth or silver or bronze. That is why I am not happy.

‘I had this on the Gold Coast (in 2018, when he won Commonwealth silver in the 50m — his last defeat at any distance). That ticked that box and gave me hunger for the next two years, so maybe it’s God’s will to get me to this point and have this real low to get back up. Mel (Marshall, his coach) asked me if I wanted to come back out here this morning and I was like, “I’m a f****** fighter”.’

The mystery is whether Peaty, the undercooked version, is up to the scrap in the 50m, where he will again meet England team-mate James Wilby, who won the 100m gold on Sunday.

‘You’ll probably get some good odds on me at Bet365, I guess,’ he said. ‘Obviously, I’ve been in the water for only four weeks, and I put way too much expectation on myself. 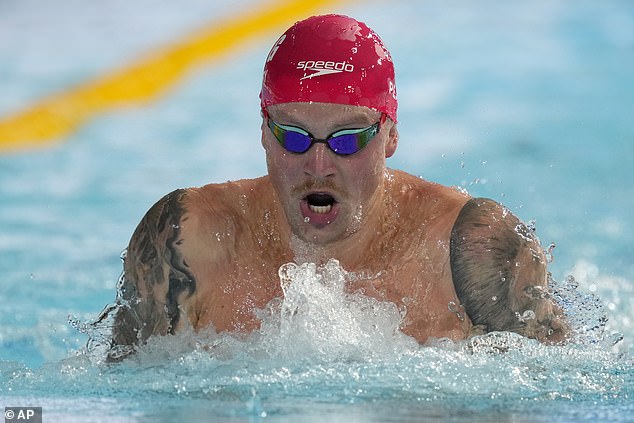 Peaty powered away to win in 27.03 with James Wilby and Greg Butler behind him

‘I’ve had a very comfortable four years since 2018 which was my last loss. And I’ve been very comfortable since. But it’s important in an athlete’s career to have these moments. Because with all that success, you come out you’re like: “Do I love this? Do I want to be here?” And those are the questions I’m going to have to address over the next few years.

‘As sports people, the whole world sees us as results. But I’ve still done what I’ve done over the last eight years. I’ve still won every single championship.

‘Done all the world records. That hasn’t been taken away — I’ve just had one bad day in the office.’

Shortly before Peaty made his way to what he hopes will be a better one, England’s Tom Dean edged Duncan Scott of Scotland to silver in the 100m freestyle, having been beaten to 200m gold by him on Saturday.

US carries out operation on al-Qaeda target in Kabul - official