When Sarina Wiegman was doing the rounds of congratulating England’s players after their quarter-final victory over Spain, she made a beeline for Millie Bright.

In that moment an unsuspecting Wiegman experienced what many of Bright’s opponents have in the last two weeks, as the towering defender used her strength to pull the manager into a bear hug before lifting her in the air.

Bright had been outstanding, with goal-line blocks, crucial interceptions and countless headed clearances. But it was not only in defence where Bright excelled. 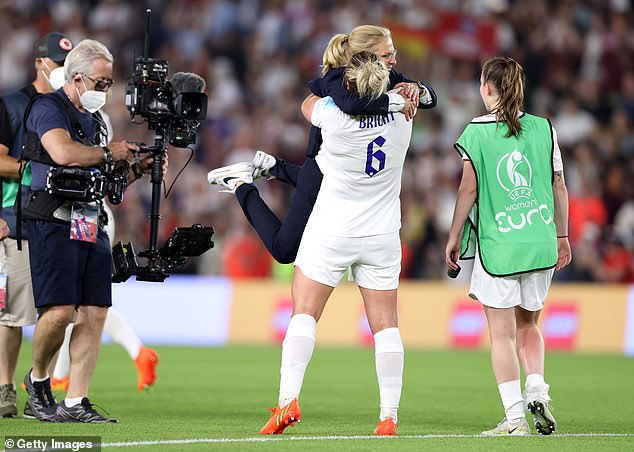 With England 1-0 down heading into the final 10 minutes, Wiegman sent her centre back up front. It was a tactic she had deployed with success against Germany in the Arnold Clark Cup, with Bright scoring late on in that game.

Her presence caused chaos in the Spain penalty area. As Lauren Hemp’s cross came in, Bright had drawn two defenders, leaving Alessia Russo able to head down to an unmarked Ella Toone to finish.

Bright’s consistency at the Euros is testament to her character. She would be the first to admit that the 2019 World Cup was not her best tournament and it ended with her seeing red in the final minutes of England’s semi-final defeat by the United States.

Two years earlier, she had scored an own goal as the Lionesses were defeated 3-0 by Wiegman’s Netherlands at Euro 2017. 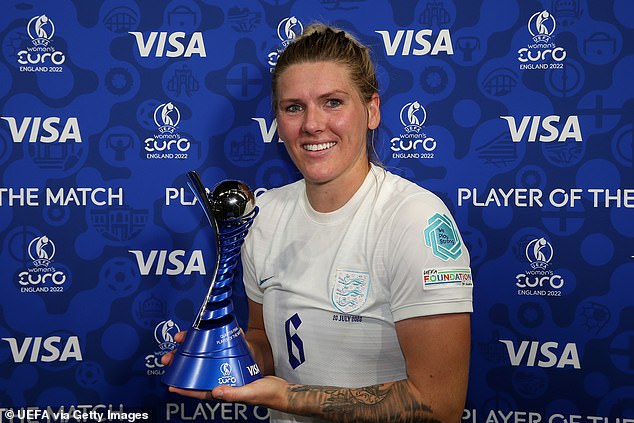 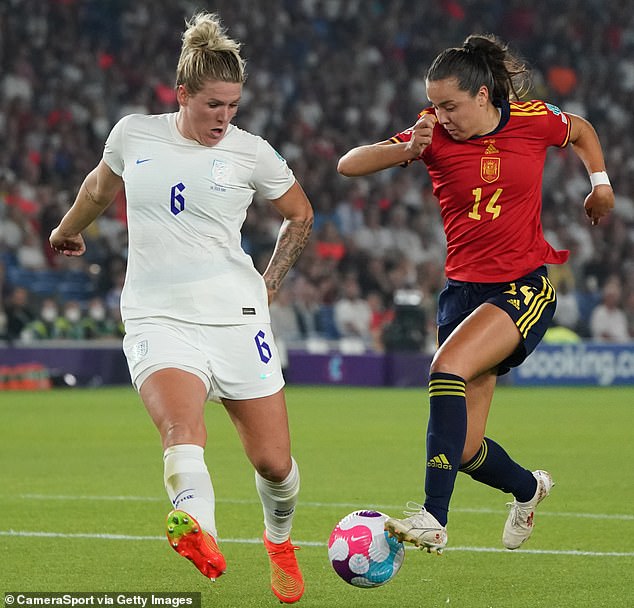 The pain of those heartbreaking defeats has been the driving force behind Bright and many of her team-mates’ performances this summer.

‘It gives you motivation and that little bit of fire inside you when you need it,’ Bright said ahead of the tournament.

‘You might be a little bit tired and that gets you over the hill. It’s about staying on the journey and remaining on the goal ahead.’

Not much can knock Bright down. She was just eight days old when she was diagnosed with pneumonia and the next decade saw her in and out of hospital with severe asthma and whooping cough.

‘Eventually I had a steroid machine at home to help me but before I was old enough for that I had to get an ambulance whenever I was having an attack in the night,’ Bright recalled in 2018. 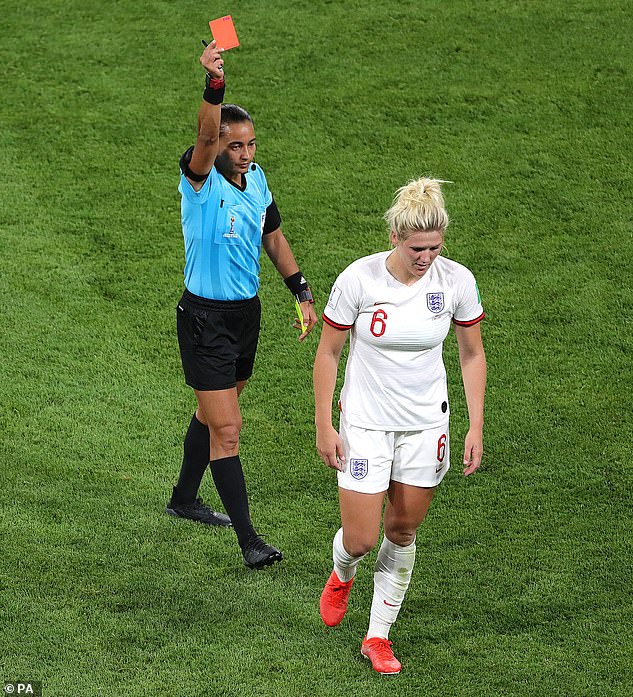 ‘That would happen several times a week. Getting older, my asthma has settled down a little bit now but back then I just had to decide whether I would let it stop me playing or not.’ Thankfully for England, it did not.

Bright, 28, returns to her hometown of Sheffield for a third semi-final with England, which will take place at Bramall Lane. As well as being a keen equestrian, Bright played for Sheffield United’s academy before joining Doncaster Rovers at the age of 16.

But her journey at Rovers was far from smooth, with the club relegated in 2013 after one game due to being unable to meet the financial criteria for the Women’s Super League.

Bright was semi-professional then and, when a bad ankle injury left her unable to walk, she was forced to go on benefits because she could not do her part-time job as a horse groom and fitness instructor at a leisure centre. 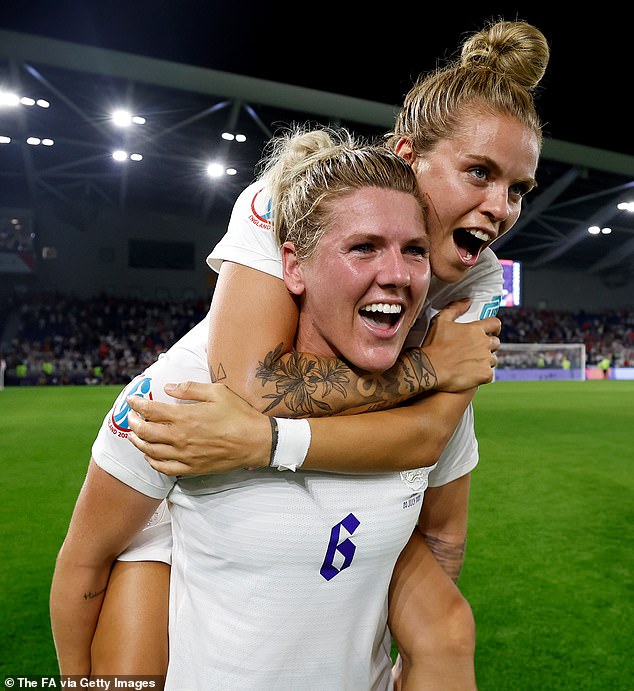 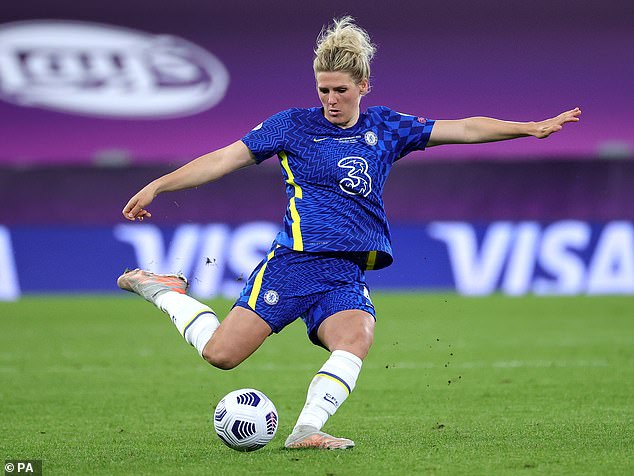 ‘I remember the conversation at the benefits centre when they asked me, “Why are you playing football?”,’ Bright told the BBC in 2019.

‘I just told them it was my career. I had some rehabilitation at the club, but my mum and dad helped pay for treatment. I don’t know what I would have done without them, but players in that situation should be better supported.’

A move to Chelsea brought professionalism, trophies and international football — and Bright has not looked back.

There have been challenges along the way but if Bright can help lead England to their first major final since 2009, they will have been worth it.

In April she was handed the vice-captaincy by Wiegman and she has more than taken the responsibility in her stride. 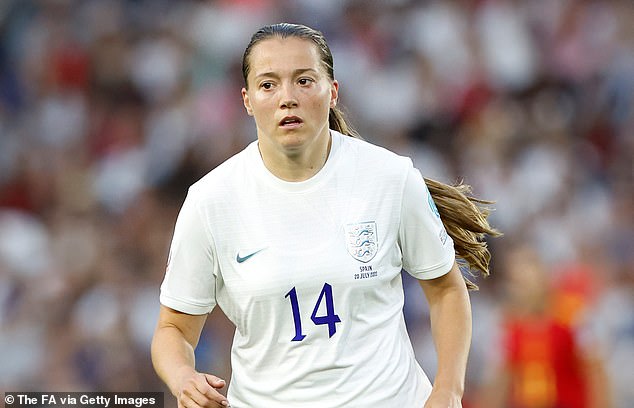 ‘Millie is someone who I think over the years has progressively understood her role in the England team in terms of being more of a leader, more vocal,’ said her Chelsea and England team-mate Fran Kirby. ‘She always gives 110 per cent in every training session and every game.

‘I’ve played with her for many years now so I’ve seen how she’s improved in terms of ball playing, the way that she picks passes now. She’s been really, really good for us this tournament.

‘We know if things are going bad that we can stick Millie Bright up front, I’m sure that no defenders want to have to be in a duel with her. She’s someone that brings positivity and she wants people to express themselves and you know that she’s got your back.’

Climate change: How to talk to a denier