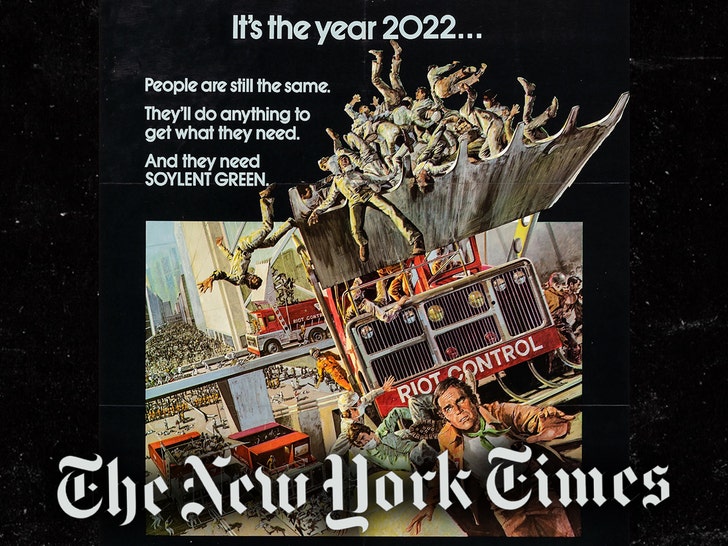 A NYT piece has Twitter buzzing about a question regarding cannibalism, and why it’s so trendy now … ominously reminding people of an old movie touching on just this topic.

The story published by the paper Saturday is titled, “A Taste for Cannibalism?” … and the Times’ tweet promoting it reads … ‘Cannibalism has a time and a place. Some recent books, films and shows suggest that the time is now. Can you stomach it?”

Cannibalism has a time and a place. Some recent books, films and shows suggest that the time is now. Can you stomach it? https://t.co/JzU1QRPYxV

The whole premise explores why eating people has appeared so prevalently in our pop culture these past few years — whether it’s in newer movies like “Raw” or “Fresh,” shows like “Santa Clarita Diet” and “Yellowjackets” … or even novels of late that delve into the subject.

It’s an interesting read — different theories are mulled, like cannibalism being embraced anew in fiction as a response to angst over the pandemic, climate change, food shortages, capitalism, eating disorders, politics or just old-fashioned thrills from societal taboos.

But as the Times also notes, cannibalism in media is nothing new … with depictions of it dating back to olden times — but more recently in films like ‘Silence of the Lambs,’ or perhaps more prominently in 1973’s ‘Soylent Green’ … which is trending right now over this.

Naturally, the memes are flying … with some jokingly pointing out ‘SG’ actually takes place in the year 2022, and that all this cannibal content might be a forecast of what’s to come.

Of course, that’s kooky talk. But the internet’s losing its head about it anyway. If the day does come, though, we start eating our own … at least do it with some dignity, folks. 😋

Disney changes name of 'Fairy Godmothers in Training' in US theme parks to gender-neutral term to be more inclusive, company says