Chelsea suffered a humiliating 4-0 thrashing at the hands of Arsenal as Mikel Arteta’s side continued their impressive pre-season form to win the Florida Cup final in Orlando on Sunday.

First-half goals from top summer signing Gabriel Jesus and midfielder Martin Odegaard fired Arsenal 2-0 ahead at the break before Bukayo Saka and Sambi Lokonga completed the thrashing in the second-half.

Sportsmail has taken a close look at how each player performed during the pre-season eye-opener. 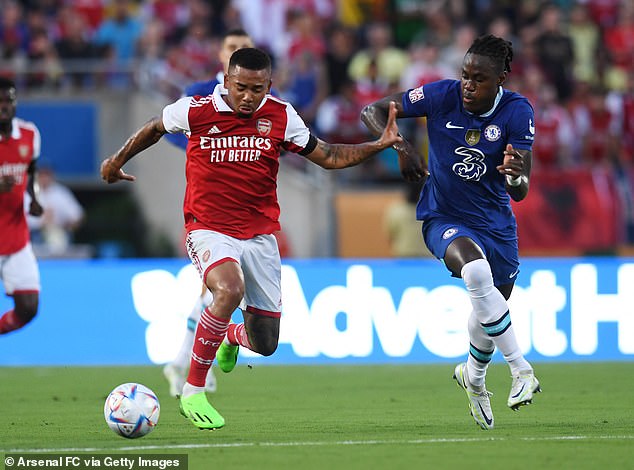 Difficult to stop any of the four Arsenal goals – but simultaneously, didn’t cover himself in glory. Poor distribution. 5 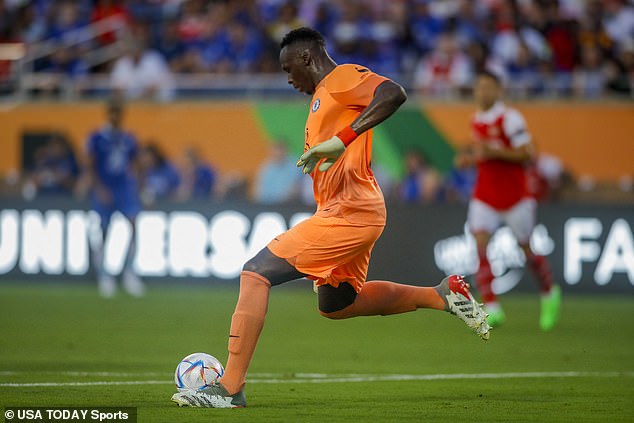 Chelsea goalkeeper Edouard Mendy struggled with his distribution between the sticks

Had a good battle with Bukayo Saka down the right-side and worked as a creative outlet for the Blues. 6

Wasn’t at fault for any of the goals but wasn’t able to stop them either. 6

Sloppy pass gave away the ball for the opening goal before being substituted prior to half-time. 4

Had a tough match-up with Gabriel Martinelli and struggled to deal with the Arsenal winger. 5.5

Most notable impact were his clumsy challenges at the beginning of the first-half – failed to do much creatively. 5 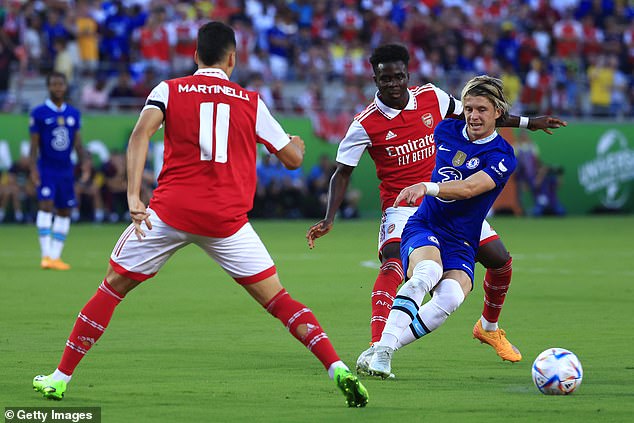 One of Chelsea’s better players. Started the second-half really well before the Gunners extended their lead. 6

Decent cameo from the England international – who will feel hard done by that his first-half effort struck the post. 5.5

Difficult night for the German under tight surveillance from Arsenal’s back-line. 5

Created some good opportunities but went missing as the first-half went on before being replaced at half-time. 5 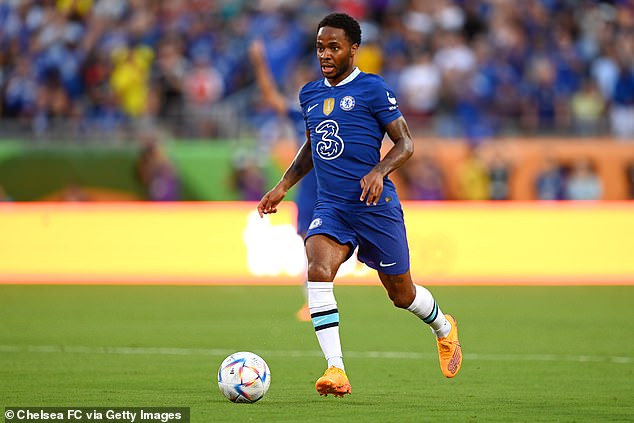 Quiet night for the German who looked lively at times but never really seemed to threaten. 5

Decent first outing for the Blues having made a couple crucial blocks. 5.5

Struggled to adjust to the pace of the match. 5

Gave away a needless free-kick when the Blues were in a good position. 5 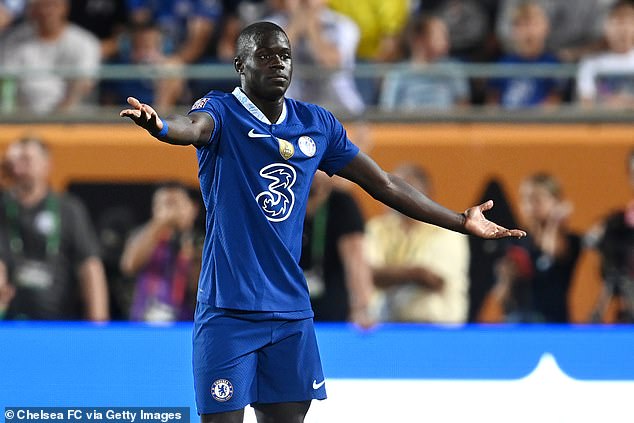 Struggled to impact the game as much as he’d like. 5.5

A couple of decent passes but nothing special from the Croatian. 5.5

Looked to get forward but wasn’t able to create much from centre-back. 5.5

Added energy Tuchel’s side but wasn’t able to contribute anything meaningful. 6 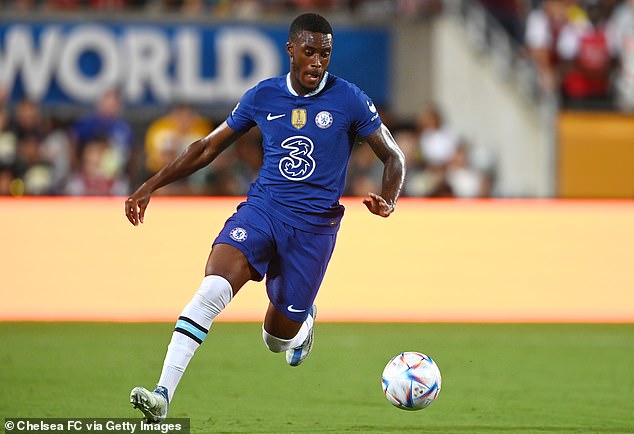 A bit of a passenger after being introduced. 6

Did well to battle with defenders but didn’t make a clear cut opportunity. 6

Was there when called upon and did well to keep a clean sheet. 7

Solid performance at the back from the England international. 7.5

Strong showing from the Frenchman – did well to marshall Havertz. 8

Looked composed at the back and was confident bringing the ball forward. 7

Decent first 45 minute cameo for his new side down the left-hand side. 7 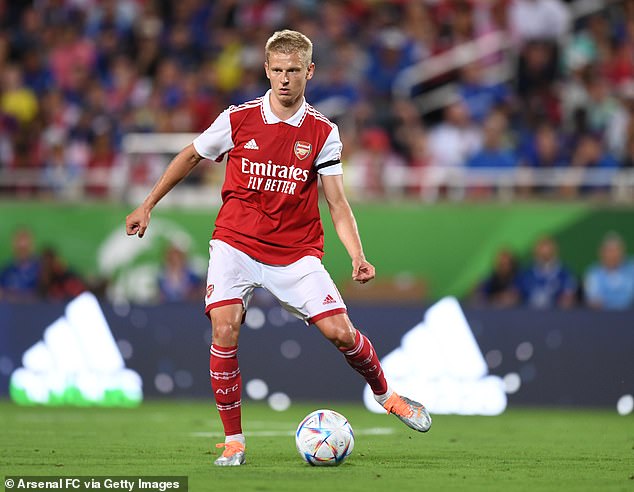 Brilliant performance from the Norwegian, who was at the heart of everything for the Gunners. 8.5

Dominant midfield display from the Ghanian. 8

Class showing from the Swiss international – strong in his challenges and swift in his passing. 8.5

Caused Reece James all sorts of problems in the first-half before grabbing himself a goal. 8

The new recruit continued his fine goal scoring form with a well-taken finish. 8 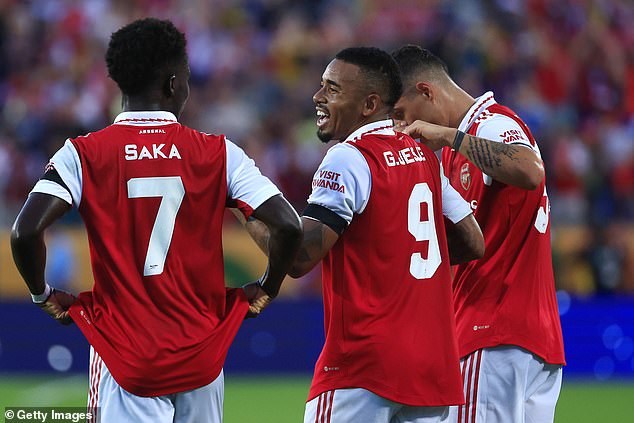 A bundle of energy on the left-wing for Arsenal, with fans glad his first-half injury was simply a knock. 8.5

Put in a solid performance after replacing Zinchenko. 7

Was a nuisance up top after being introduced. 6.5 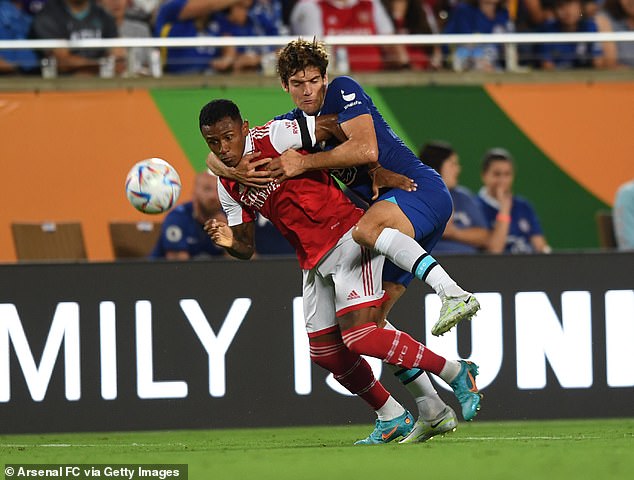 Didn’t get enough time to show anything spectacular. 6.5

Did well after coming on – creating an interesting battle with Marcos Alonso. 7

Was barely called into action after being subbed on. 6 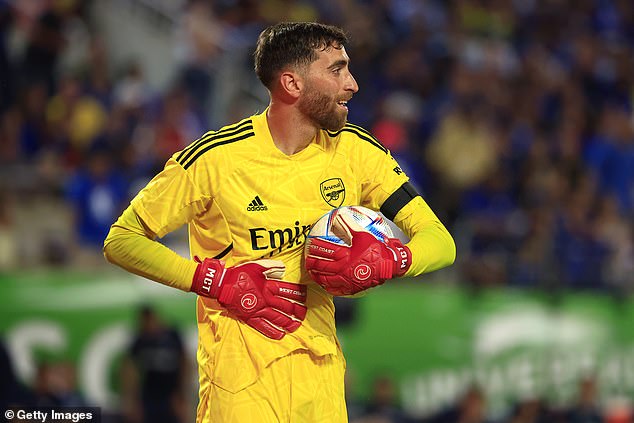 Did what was required in his short cameo in Orlando. 6

Did well to place his header past Edouard Mendy. 7.5