A local rugby league referee has roasted a young, lippy player in a Northern New South Wales coast derby – throwing classic insults at the Ballina back after he kept ‘having a go’ at the sideline official.

The Murwillumbah Mustangs beat the Ballina Seagulls 20-10 on July 17, but a hilarious blow up between player and touch judge stole the show in the under 18’s match-up.

After a Mustang try in the 60th minute of the match, the touch judge is seen walking over to Ballina’s centre, with hands on hips.

‘Number four, that’s the third time you’ve had a go at me mate!,’ the touchie yelled.

The cracking stitch-up was posted to the Bloke in a Bar Instagram page with the caption: ‘Bruh. The refs didn’t have to do him like that. SOUND ON.’ 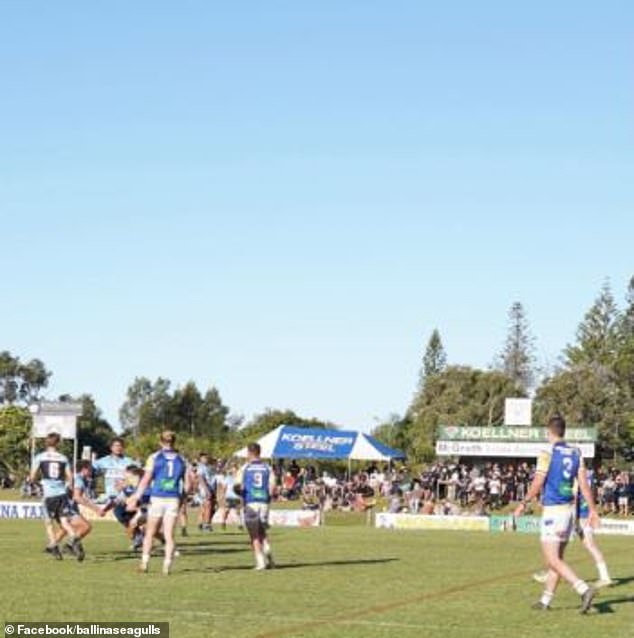 The Ballina Seagulls take on the Murwillumbah Mustangs, taking out the contest 20-10 at Kingsford Smith Park in Ballina

NRL players flocked to the post, commenting on the blatant annihilation.

The local laugh is a rare referee back chat, seen before a few times in the NRL.

Referee Matt Cecchin gawked at former Titans captain Kevin Proctor after a embarrassing challenge call, saying ‘Kevin. Did you see what we all just saw then? Come on, be fair dinkum mate.’ 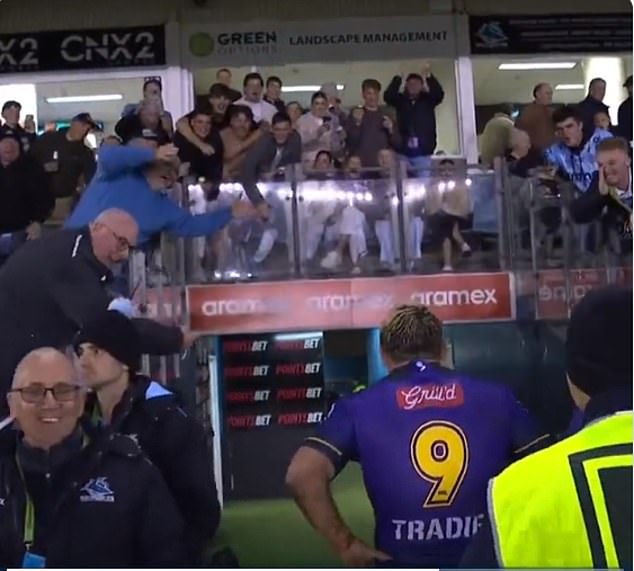 The NRL has cracked down on players insulting officials in recent weeks, as Storm Hooker Brandon Smith was suspended for three weeks after pleading guilty to calling referee Adam Gee a ‘cheating b*****d’.

Knights centre Dane Gagai was sent off last night for a dissent-related slur as Newcastle went down 42-12.

Murwillumbah sit third on the ladder while the Seagulls are just behind them, having won five out of their eight games.

Ukrainian military couples rush to the altar amid uncertainty of war