A SUSPECTED flasher was shot dead by an elderly nudist armed with a rifle after pleasuring himself in front of a naked woman on a French naturist beach, police say.

The 46-year-old was gunned down at place at the Grand Parc de Miribel-Jonage on the naturist beach “La Mama” in the eastern area of Ain – in front of hundreds of nude beachgoers – on Saturday morning.

The gunman, a frequent visitor and hunting enthusiast who had arrived on the beach moments earlier, got into a blazing row with the alleged flasher.

After minutes rowing the 76-year-old, who has not been named, demanded the pair continue their fight elsewhere – but his opponent refused.

He then took out a hunting rifle and shot the exhibitionist three times – including at least once in the chest, witnesses told investigators.

The younger man died at the scene. 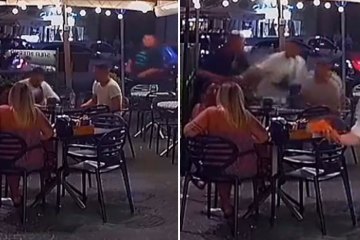 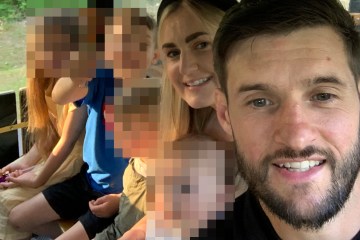 Police cycling nearby are believed to have heard the gunshots and rushed to the scene before shutting the beach to visitors.

The deputy prosecutor of Lyon visited the beach on Sunday.

France3 reports the shooter is a hunting sportsman with a firearm licence.

This accreditation allows its holder to use and possess the firearm in a shooting club environment – but does not allow him or her to carry it on public roads.

The shooter is not known to police, France3 said.

Witnesses said he did not resist arrest by security officers in charge of the park security.

A medical team was dispatched to evaluate whether the septuagenarian was in a satisfactory physical and mental condition to be detained, given his age.

The older man was taken in custody.

An investigation for intentional homicide has been opened and entrusted to the research brigade of the gendarmerie of Trévoux.

Witnesses are currently being questioned by police.

La Mama beach was officially signed for naturist use in 2007, legitimising the tradition of nudity in France – the world’s number one naturist destination.

Samsung Black Friday in July Sale 2022: Last Weekend to Save Big on TVs, Tablets, and Appliances