Emotional Paddy Pimblett dedicates his UFC 277 victory over Jordan Leavitt to a friend who recently took his own life, with the Liverpudlian urging men to ‘start talking’ about mental health issues before leaving the Octagon in tears

Paddy Pimblett defeated Jordan Leavitt in the second round of the UFC 277 on Saturday night – and then broke down in tears as he revealed the recent death of his friend by suicide.

The Merseyside-born fighter won his third consecutive fight at The O2, before announcing after the bout that he was informed of his friend’s death on Friday morning, five hours before his weigh-in.

The 27-year-old told the crowd: ‘I woke up to a message at 4am on Friday that one of my friends from home had killed themselves, so Ricky, that’s for you.

‘There’s a stigma that men can’t talk, but if you’re a man and you’ve got a weight on your shoulders, speak to someone. Speak to anyone.’ 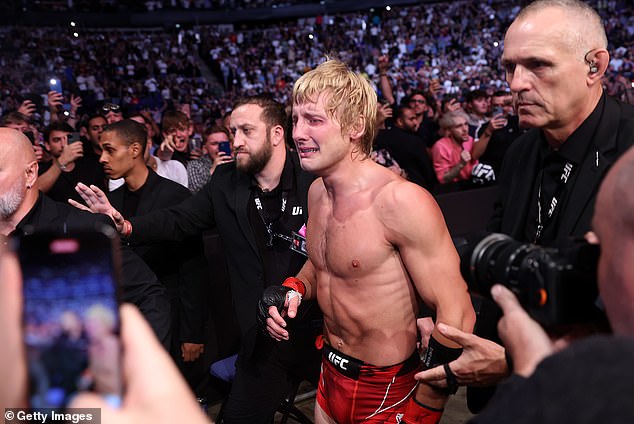 As one of the most popular men on the UFC tour, it is hoped that Pimblett might be able to reach an audience of men who might not normally seek mental health help.

Pimblett secured the victory in the second session, when he landed his knee to Leavitt’s head, grounding the Las Vegas native before locking in a rear-naked choke, causing Leavitt to tap-out.

Despite the result, Pimblett was less than impressed with his showing at The O2, admitting afterwards: ‘I’m disappointed in my performance. In the back, I was firing on all cylinders. I was s***, pardon my French. I’m better than that.

‘(The finish) That’s something I’m very good at. I love each and every person in the crowd, they’re the best.’

Pimblett plans to return to the cage before the end of 2022, probably heading to the United States as he has vowed not to fight in the UK until an Anfield stadium show is confirmed. 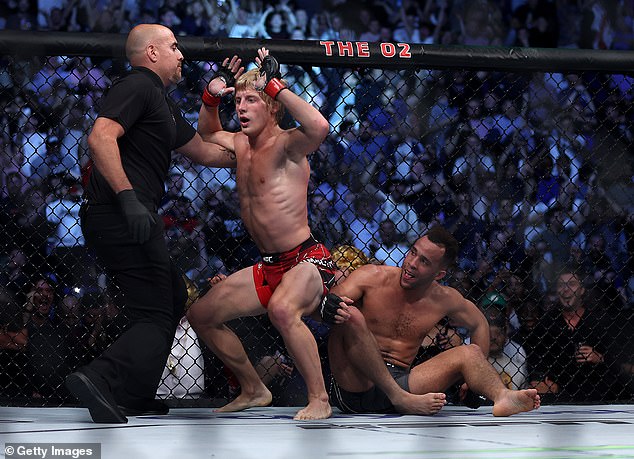 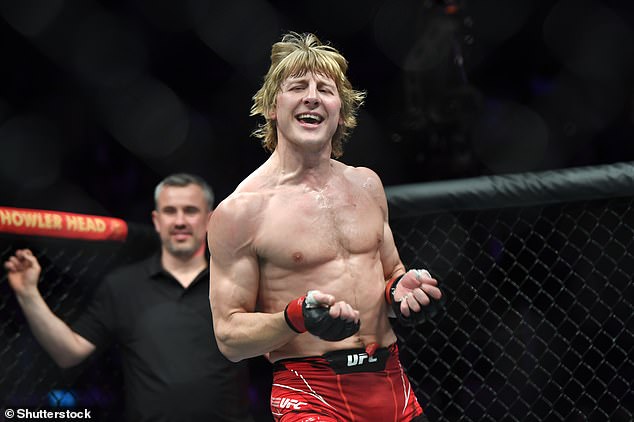 Pimblett is one of the UFC’s most popular stars, so it is hoped men might listen to his message

If you have been affected by the issues raised in this article, help and support is available by calling Samaritans on 116 123.

House of the Dragon: What we know about the Games of Thrones spin-off