A BRIT with a “zest for life” and an “insatiable appetite for love” has died days after crashing his bike in Bali, his family has said.

James Criddle, from Pembrokeshire, suffered a catastrophic head injury and died after a seven-hour operation to relieve pressure on his brain following the bike crash.

His family confirmed the 31-year-old died in the early hours of July 21 before his distraught parents could make it to his bedside.

Taking to Facebook, his family said James had suffered 25 fractures to his skull and had needed urgent surgery after his kidneys started failing.

They wrote: “He was taken down to surgery, but while they were working on him, he suffered a cardiac arrest and despite the efforts of the medical team to keep him alive, they were not able to do so.”

On a GoFundMe page initially set up to support James’ medical care, the Criddle family said their son had suffered a brain injury after he crashed his bike last Friday. 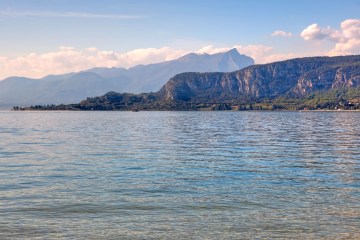 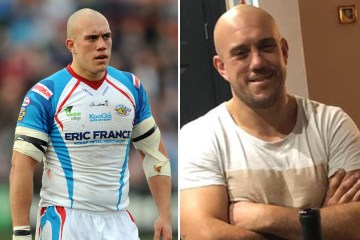 The popular young man, from Saundersfoot, was initially put in a coma but did not survive his injuries.

His family described the out-going Brit as a “funny, generous, kind and most of all remarkable soul who had an astonishing love of life and lived it to the full”.

They now hope to continue raising funds for those most vulnerable in society, a cause that was close to James’ heart.

His family said: “We respectfully ask that his life should be celebrated with stories shared of the times you spent with him and helping to add to his legacy of experience and ‘paying it forward’.

“In the same vein, we have made the decision not to have a traditional ‘funeral’ – nothing about James was traditional or ordinary and we would like to honour his life in a manner that befits his zest for life and his Insatiable appetite for love.

“We will shortly be organising and sharing details of a celebration of his life that all those that knew and loved him can attend.

“James’ body, which is the vessel that carried his beautiful soul, will physically stay in Bali, where he had some of his happiest times in the last couple of years and will be honoured by his friends there also.”

The original GoFundMe page would continue in a bid to “ensure that James’ legacy lives on”.

They added: “We want James to always be remembered for the beautiful giving and loving heart he had.

“Although James is no longer of this world, his extraordinary spirit will live on in every act of kindness that we perpetuate and happy memory we share.”

Quiz of the week: How did Boris Johnson sign off from PMQs?