UFC star Paddy Pimblett once again found himself in social media hot water with his Twitter account suspended on the day of the biggest fight of his career.

The Liverpudlian lightweight has developed a large following on social media thanks to his hilarious antics and outspoken views, garnering more than one million followers on Instagram and over 240k subscribers on YouTube.

However, this isn’t the first time that the lightweight prospect has found himself in social media hot water. 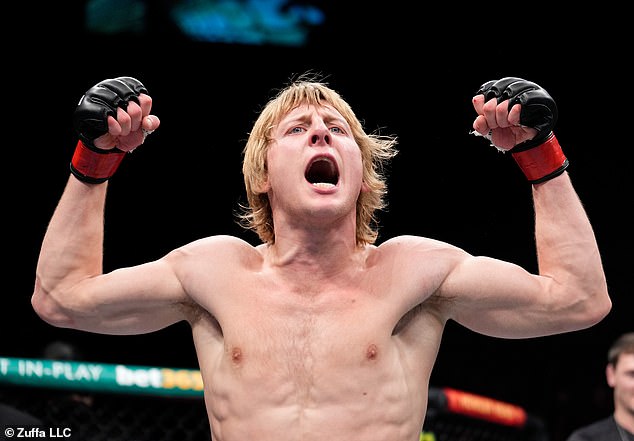 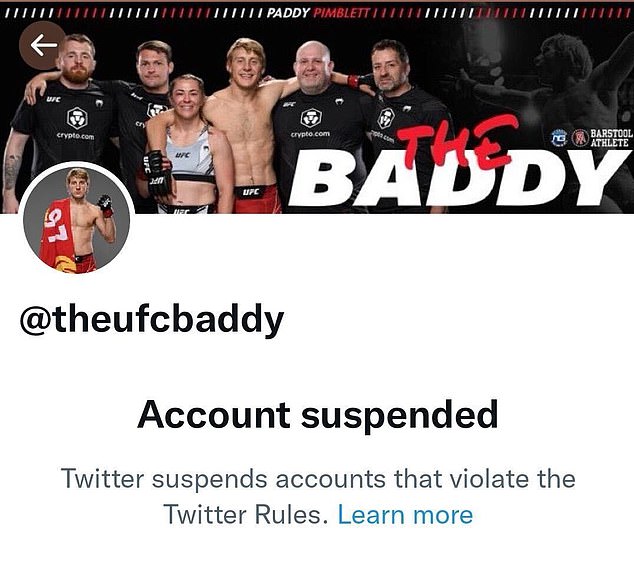 After knocking out Luigi Vendramini in his UFC debut back in September, Pimblett was asked who he would like to fight next.

‘I’m not really calling anyone out. The only thing I want to call out is a company: Instagram. Give me my account back you lizards’ Pimblett responded.

Pimblett addressed his account being deleted at the time on Instagram, as he wrote: ‘Looks like I’ll be making a new twitter tonight ppl. The worlds full of snowflakes ya can’t even give it back to trolls now a days, but they can say what they want.’

‘Paddy the Baddy’ is yet to address why his account has been suspended on this occasion, but on his page it says: ‘Twitter suspends accounts that violate the Twitter rules’.

Despite his rising fame since emerging as one of British MMA’s biggest prospects, Pimblett’s issues with social media giants have continued.

Notching a second UFC win with an empathic first-round submission over Rodrigo Vargas, The Baddy used his post-fight interview to continue his feud with Facebook and Instagram, calling Meta CEO Mark Zuckerberg out for a fight in the Octagon:

‘Who I want to fight? Mark Zuckerberg. Lad I’m gonna punch your head in!

He continued: ‘I’m sick of you lad. You know what I mean. Sick of you shutting my Instagram accounts down. All I do, is help charities and help people with mental health problems. You’re the biggest bully in the world lad!’

At yesterday’s weigh-in, Pimblett silenced critics who had commented on his eating habits by making the 11st 2lbs lightweight limit before showing his backside to the media in attendance.