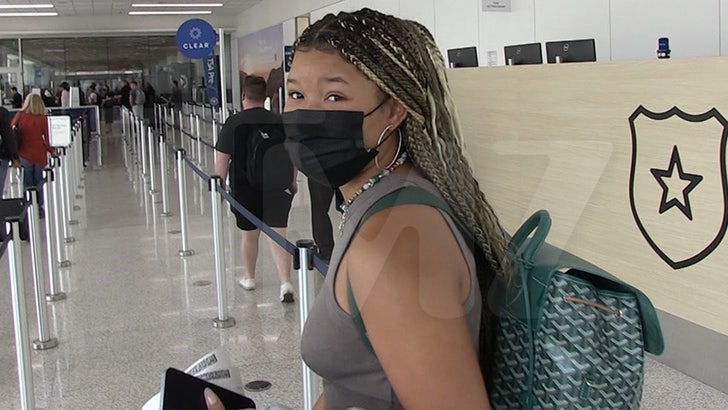 Storm Reid is all about dorm life on the West Coast as she continues her acting career … and it’s a balance she thinks is crucial to being a well-rounded person.

We got the “Euphoria” star at LAX … and she tells us school’s always been important to her — she’s gunning for a Bachelor of Arts degree at the USC School of Dramatic Arts, studying film production and African American studies.

She thinks it’s important for people to get an education, no matter their situation. Now the dorm thing. Yes, she lives in a dorm at USC, but it’s not the garden-variety dorm you see on most campuses. It’s way bigger, kitchen and all!

In case you missed it, Storm did a collab with Amazon recently, giving an “MTV Cribs”-style tour of her 450-square foot dorm room … clearly showing off baby blue as her favorite color.

Storm tells us she’s got a great friend group in her dorm. She’s even joined some social clubs on campus, to make sure she gets the full experience.

As for her degree, she’s hoping to eventually use it to start directing and producing projects.