Stephen Crichton gets smashed in crunching tackle by Dale Finucane, but Sharks hardman is NOT placed on report as Penrith score 20 straight points to win blockbuster

Stephen Crichton felt the full force of a Dale Finucane tackle as Penrith came from behind to defeat Cronulla in a blockbuster showdown on Saturday.

The Sharks lock came flying off the line and smashed Crichton with a bone-rattling tackle, which sent the Panthers centre flying into the turf.

Finucane hit Crichton with his right forearm and did not wrap his left arm around him in the tackle, with the impact folding the Panthers young gun. 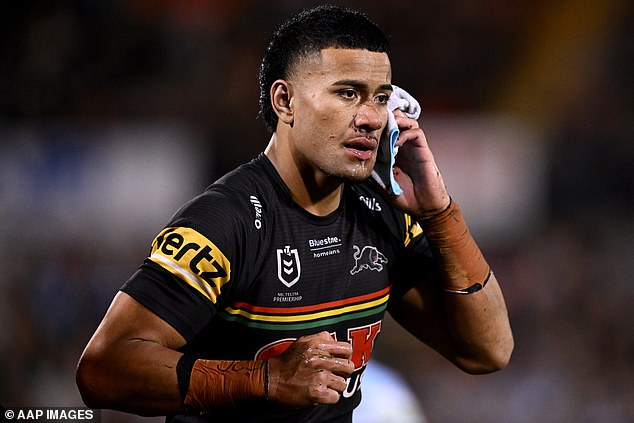 Tempers briefly flared following the tackle, which resulted in Crichton being withdrawn for a head injury assessment, with Panthers players pleading with referee Ashley Klein to penalise Finucane.

Cronulla’s hardman, however, escaped without being placed on report while Crichton did not return to the field. He looked dazed and was visibly bleeding from his left ear.

The 21-year-old was one of  Penrith’s State of Origin cartel to shrug off New South Wales’s series heartbreak to lead the Panthers to convincing win at BlueBet Stadium.

Fresh off a seven-day break after the series-deciding loss in Queensland, Jarome Luai starred as all seven of Panthers’ Origin players played significant roles in the win. 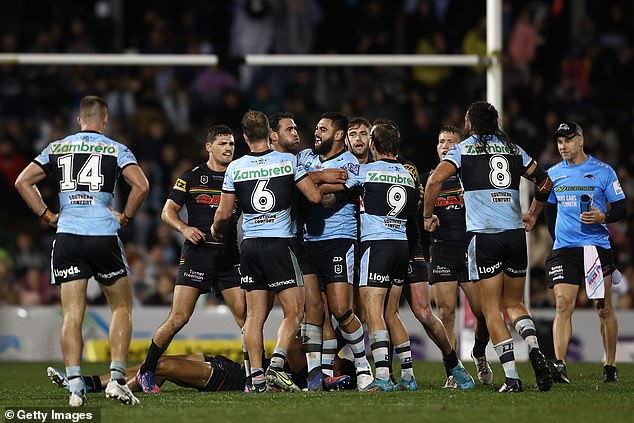 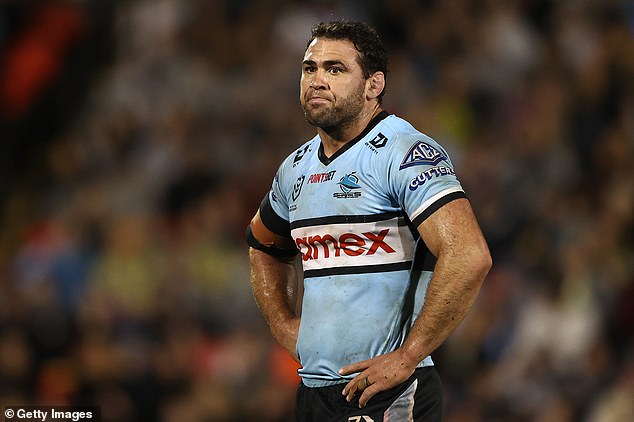 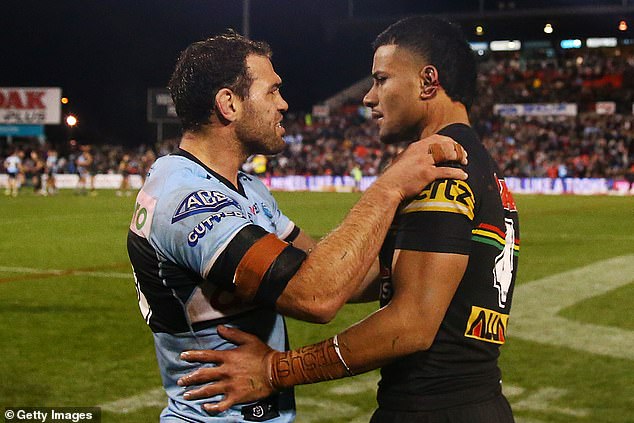 The victory lifted the Panthers to 10 points clear at the top of the NRL ladder, meaning they could potentially wrap up the minor premiership in the next fortnight.

Cronulla meanwhile lost no admirers in the defeat, jumping out to a 10-0 lead early and containing Penrith’s usually razor-sharp attack for the most part.

Penrith had five times as many play-the-balls in the attacking red-zone as Cronulla, but the Sharks managed to hold them to just three tries.

The Sharks will remain in third place, and leave Penrith confident they can challenge them come finals after threatening to pull off their best win of the year. 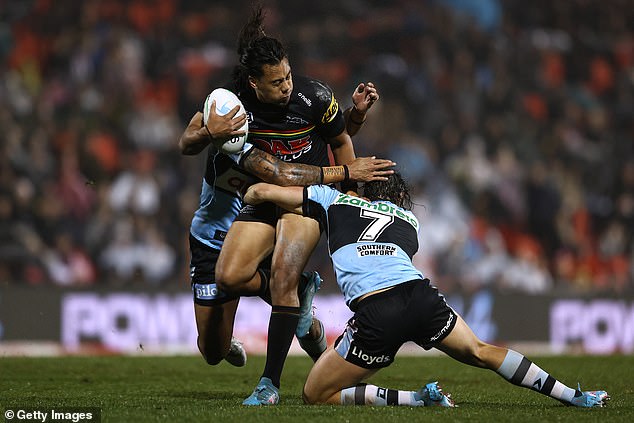 With signs of sluggishness showing from the Panthers early, Cronulla’s first came when Connor Tracey spun and pushed his way through four defenders.

Matt Moylan then had the gap out to 10 points when he ran onto a Blayke Brailey pass and was ruled to have got the ball down on the line.

At that point Penrith had just 36 per cent of the ball and spent most of the game at their own end. 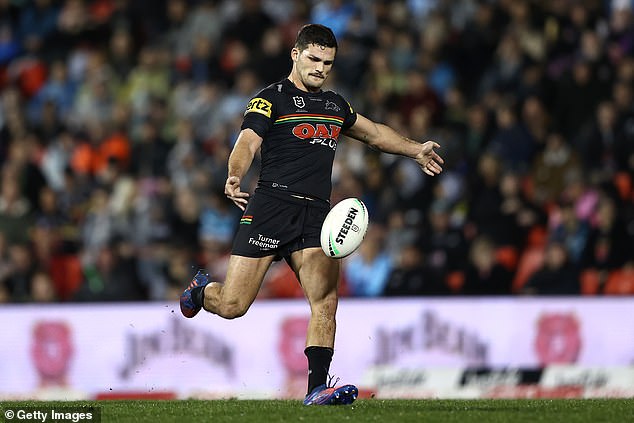 But then the defending premiers kicked into gear.

Fresh off a mid-season holiday spent in Bali and Melbourne, Nathan Cleary was immense as he kicked brilliantly and controlled the tempo of the game.

Blues teammates Apisai Koroisau and Luai combined neatly for the Panthers’ first, with the hooker giving his five-eighth space to put Izack Tago over. 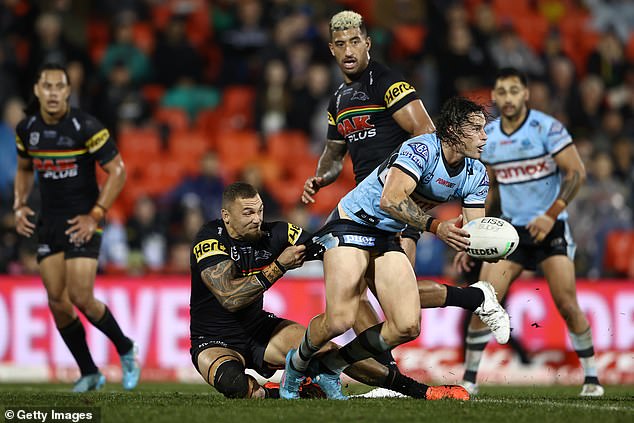 Luai was also involved in the next, as he Viliame Kikau and Tago put Taylan May into space and the winger found Dylan Edwards in support.

The five-eighth then sealed the match late, jinking and stepping his way over the line.

It ensured the Panthers would claim a ninth straight win, topping their eight-match winning streak at the start of the year before their sole loss to Parramatta in May.