Sea Eagles captain Daly Cherry-Evans has recalled how he was overwhelmed with fear during the infamous ‘Battle of Brookvale’ against the Storm in 2011.

Speaking on Andy Raymond’s Unfiltered Podcast, the Kangaroos World Cup hopeful, 33, revealed he was ‘frightened as he hates confrontation’ and took the unusual step of pretending to be involved in the wild scenes.

‘So when I could see it bubbling over, I thought ‘oh no, I can’t get away from this quick enough’, the Queensland Origin skipper said.

Raymond then asked Cherry-Evans – who in 2011 was in his first season in the NRL and later won a premiership – if he threw a punch during the chaotic scenes which followed. 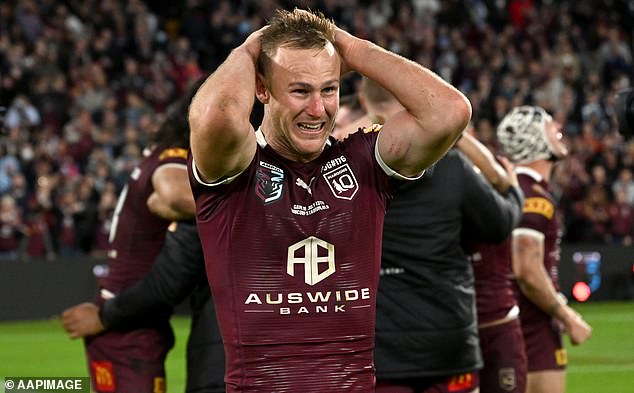 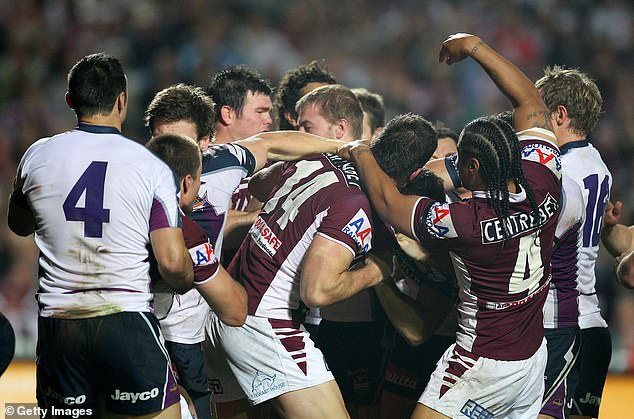 In chaotic scenes, players from Melbourne and Manly were involved in a brawl later dubbed the ‘Battle of Brookvale’ in 2011

‘(But) if you stood too far away you were identified. ‘That was the tricky part for me, don’t get too far away or you’re going to look like an absolute loser.’

Cherry-Evans added it was a ‘balancing act’ and ever since that moment he has loved playing Melbourne as they are always a ‘good side, so well coached, and very physical.’

He acknowledged the two clubs have an intense rivalry and ‘whether it’s a physical fight, golden point thrillers, it’s just always entertaining.’

The fallout from the ‘Battle of Brookie’ over a decade ago – which started after Manly’s Darcy Lussick reacted to some niggle from Storm lock Ryan Hinchcliffe – was severe.

Ten players and two officials from both clubs were later charged by the NRL judiciary for their roles in the brawl, with both Glenn Stewart and Adam Blair – who were sent off by referee Shayne Hayne – referred straight to the judiciary. 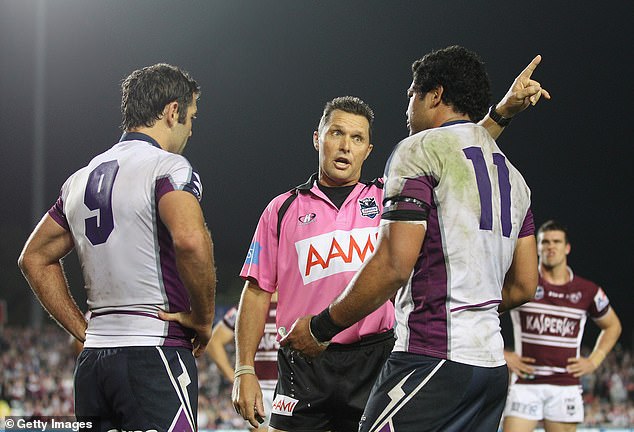 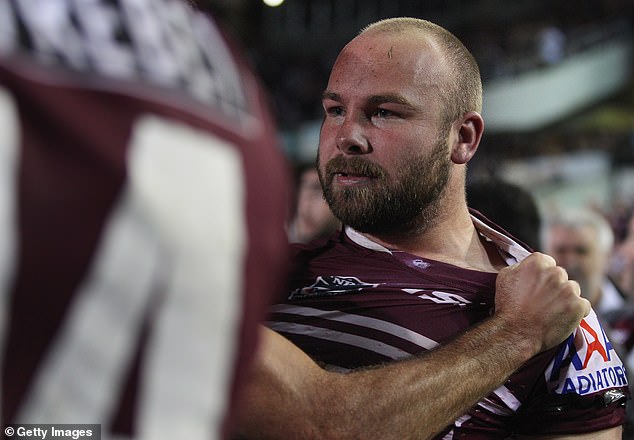 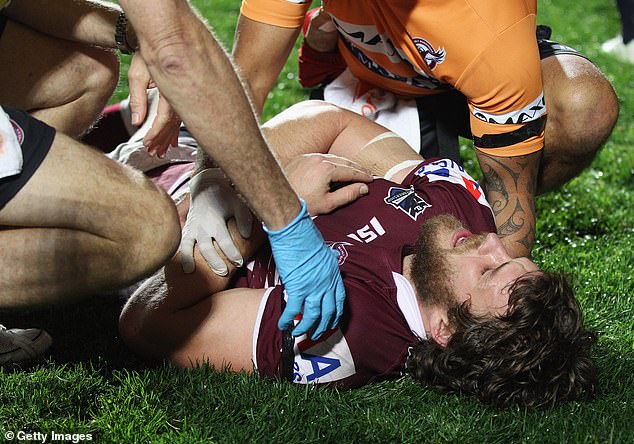 ‘The sight of so many players from both teams fighting, of people running in and leaving the bench area, was a horrendous look for the game,’ then NRL CEO David Gallop said at the time.

For their primary roles in the melee, Stewart and Blair were banned for three and five matches respectively.

Stewart returned for the 2011 grand final versus the Warriors – and was awarded the Clive Churchill Medal after a man of the match performance in the 24-10 win.

World Cup to use drones to help protect stadiums

Jack Wagner Speaks Out After Son Harrison's Death at 27