Under-fire Manchester United defender Harry Maguire has again received a polarising reaction from the club’s fanbase during a pre-season friendly against Aston Villa.

The United captain has been mercilessly mocked by supporters since the club slumped to a disappointing sixth-placed finish in the Premier League last season.

As the United squad was announced over the tannoy, the defender received a mixed reaction from his own club’s supporters, with a large section of boos still ringing out around the Optus Stadium in Perth. 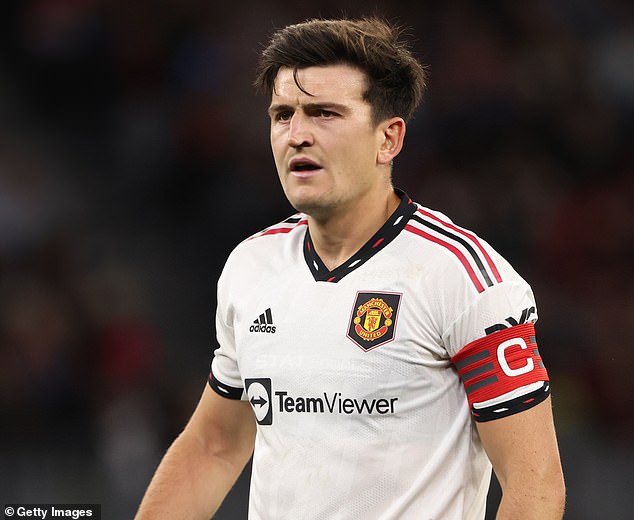 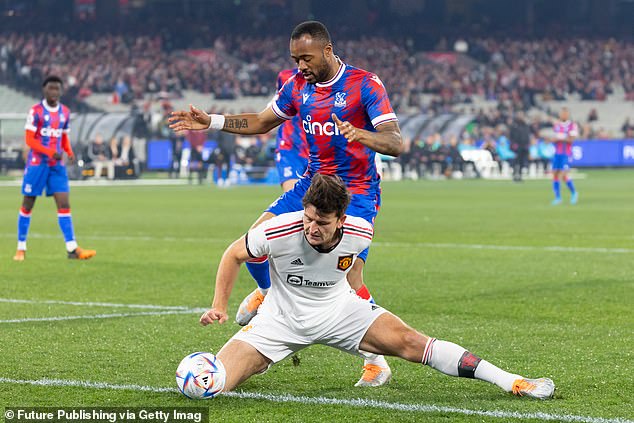 The England international had also received a hostile reaction by the largely United-supporting Australian crowd when the club played Crystal Palace earlier this week, with jeers heard around the stadium every time he touched the ball.

Despite calls for Maguire to be stripped of the captaincy by some sections of the club’s fanbase ahead of the first season under the stewardship of new boss Erik ten Hag, the Dutchman quickly shrugged off suggestions to demote the £80million centre back.

‘Harry Maguire is the captain. He’s an established captain, he’s achieved a lot of success, so I don’t doubt this issue,’ Ten Hag said.

The new United boss later added: ‘Harry is really impressive and I expect a lot from him. I always see the captaincy as an issue that I dictate. 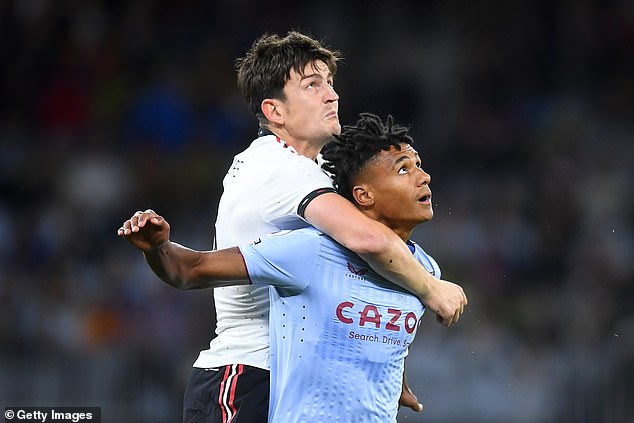 ‘The team building for me is an important point and I always talk about a group of leaders. The captain is a really important one and I’m happy with him.’

Maguire repaid his new manager’s faith in him today with a solid performance at the heart of the team’s defence, producing a important interception to deny Villa an otherwise certain goal.

His impressive performance also seemed to have changed the opinion of the fans in  attendance, with cheers ringing out whenever he touched the ball prior to being substituted just after the hour mark.

The game would ultimately end even in Perth, as second half strikes from Leon Bailey and Calum Chambers cancelled out United’s first-half two-goal lead. 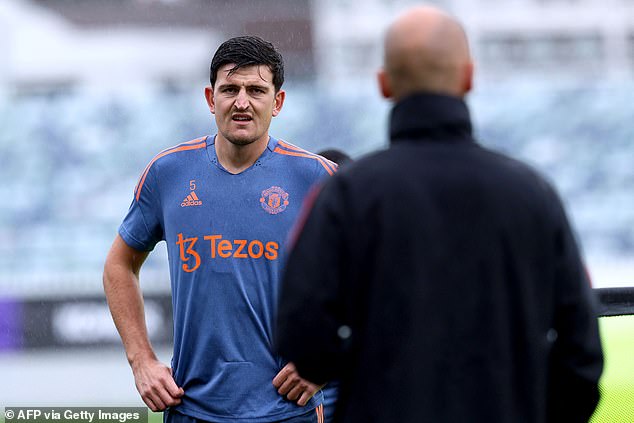