Erik ten Hag told his Manchester United players there was no excuse for giving up a two-goal lead against Aston Villa, branding the second-half collapse as ‘unacceptable’.

United led 2-0 at half-time but failed to win for the first time in four games on tour as Calum Chambers headed a last-minute equaliser.

Ten Hag refused to blame the bad weather or poor pitch, saying: ‘We had a lot of movement behind the defending line, scored two great goals so we were 2-0 up at half-time and then our focus dropped. 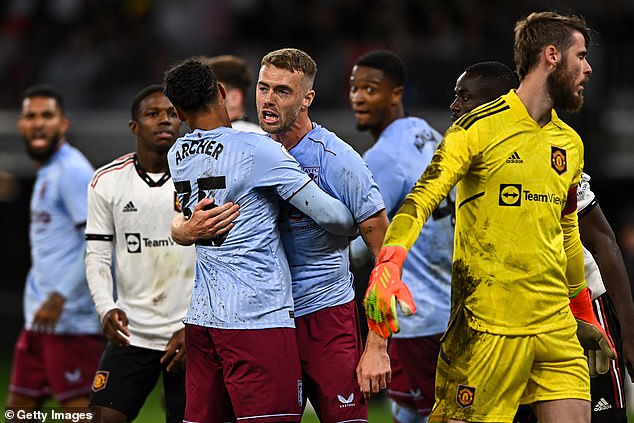 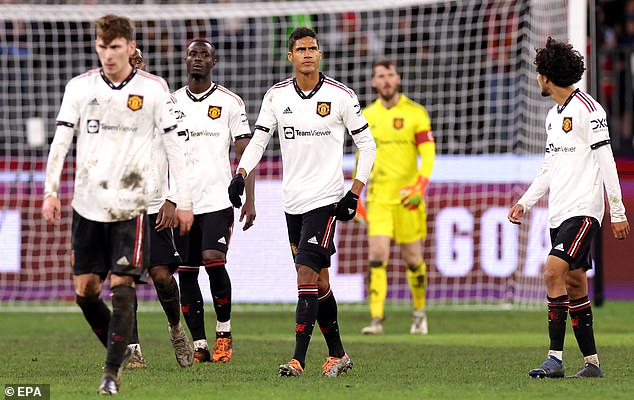 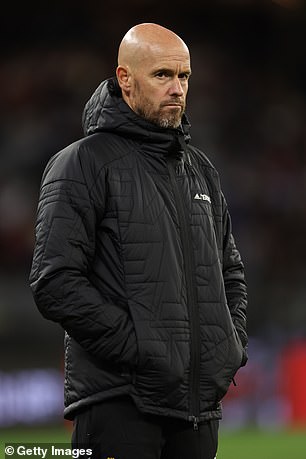 Asked if it is a reality check for United, Ten Hag added: ‘That’s what I just said in the dressing room’

‘It can be that the guys are tired but that’s not an excuse. They have to perform and it is what we didn’t do that in the second half.

‘It was the focus. I don’t want to make excuses about the pitch or weather. No matter what we have to perform.

‘Football is a sport of mistakes and we have to decrease the mistakes. That’s clear but I have seen a lot of progress in these two weeks.

‘In the first half I saw really good football, really controlling and dominating the game but we have to learn from what happened in the second half. It’s not possible that you go 2-0 and then throw it away.’

Asked if it is a reality check for United, Ten Hag added: ‘That’s what I just said in the dressing room, a drop of focus is unacceptable.

‘We have to get out of the dressing room and back in your plan and your focus and back to your performance and that is what we didn’t do.’

'For All Mankind' Renewed for Season 4 at Apple TV Plus