BRIT clubbers told of their terror at being caught up in a bloody gun and knife fight at a holiday beach venue.

Partying revellers were trampled as others fled the melee yesterday, which left five with gunshot and stab wounds, two in intensive care.

A 30-year-old woman from North London told how she was dancing with a pal when the battle erupted next to her at the chic Opium Beach Club in Marbella.

She told The Sun: “Four deafening shots rang out right next to me.

“Everyone panicked, running straight towards us.

“I landed on three shisha pipes and was left sobbing on the floor in agony from burns to my feet and thighs.” 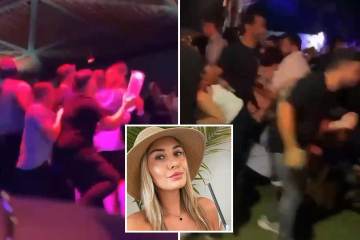 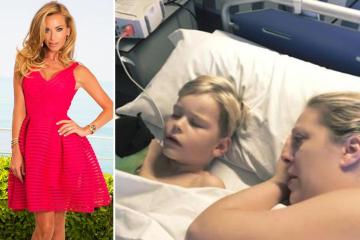 A female Brit expat said: “The talk is there was a fight between rich Russians and Arabs.”

The gunman, aged 40, said to be Dutch, was stabbed in his back, neck and head.

Revellers there included the King of Spain’s nephew.

A woman was critically ill after being shot in the pelvis and trampled.

Two other men also had gunshot wounds, which were said to be less serious.

H&M to sell off stock before leaving Russia